Daily Debate: Should Nintendo Bring Back the Anouki in Future Zelda Games? 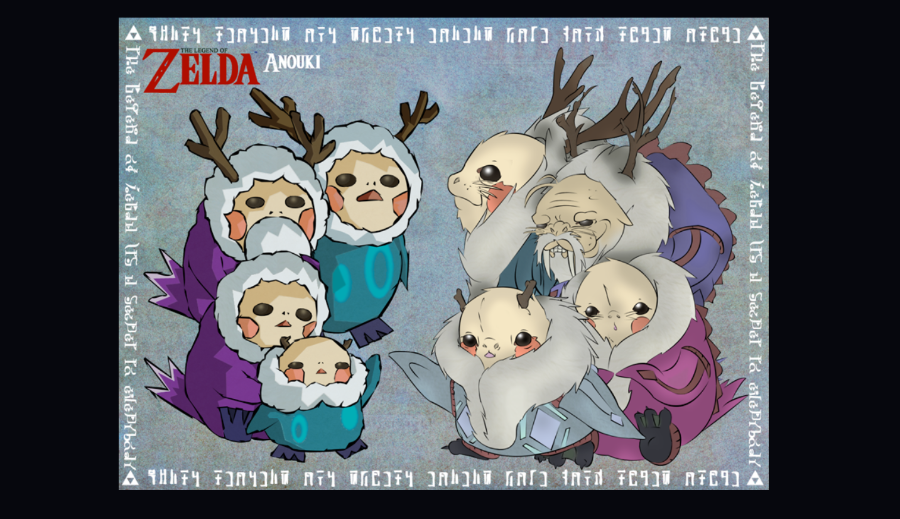 From the boulder-like Gorons living on Death Mountain to the fish-like Zora living in Hyrule’s waterways and oceans, The Legend of Zelda has always been a franchise filled with diverse creatures and beings that spur the imagination. However in the past decade, Nintendo has regularly released a Zelda game each year, and with this consistency has more firmly set the index for creatures in the narrative universe. Koroks, Bokoblins, Lynels and others have become mainstays; many of the creatures from early entries in the franchise have seen an extended hiatus.  While there have been some calls to return fan favorites like the Minish, other races have been completely forgotten. Perhaps the best example of this are the Anouki, who first appeared in The Legend of Zelda: Phantom Hourglass, later returning in The Legend of Zelda: Spirit Tracks.

The Anouki, also known as the Anouki Tribe, are adorable creatures who prefer to live in snowy environments. They are honest to a fault, often making them disagreeable; their greatest export (as explained in Spirit Tracks) is ice, which they trade for building materials to protect against monsters. (Keeping out unwanted creatures is a common problem for the Anouki). In Phantom Hourglass, Link must help the Anouki discover an impostor among them (Link’s a boy ahead of his time!); and in exchange for this service, the Anouki Tribe grant him access to the Pure Metal Azurine, which is needed to reforge the Phantom Blade.

In Spirit Tracks, players learn that the Anouki have followed Link and the settlers to New Hyrule. There, the Anouki Tribe build a settlement and once more assist Link on his quest. Their high maintenance temperament and curmudgeonish attitude is on full display, but they eventually help Link gain full access to Goron Village.

Unfortunately, that is the last appearance made by the Anouki Tribe; no subsequent Zelda games have featured this snow loving race and their story has been lost in Hyrule’s history. With the massive expanse of an overworld in The Legend of Zelda: Breath of the Wild, perhaps it’s time for Nintendo to bring these lovable creatures back and to expand upon their narrative. Certainly the icy mountains of the Hebra region have more than enough space for the Rito and the Anouki to share.

Tell us what you think! Would you like to see Nintendo bring back the Anouki in future Zelda games? Share your reactions in the comments below.

Comments
Sorted Under: Breath of the Wild, Daily Debate, Phantom Hourglass, Spirit Tracks
Tagged With: No tags were found for this entry.