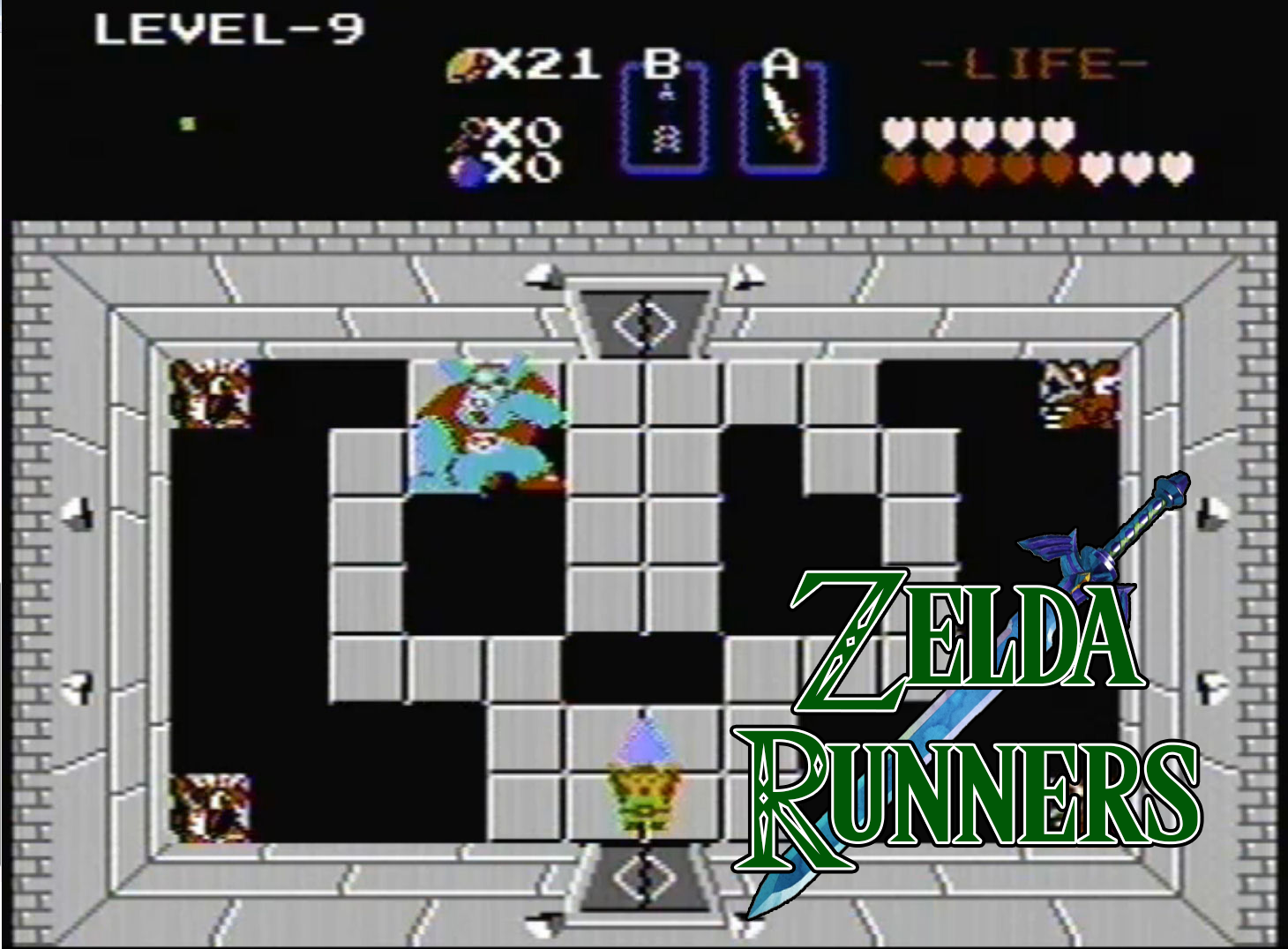 Welcome back for the long awaited return of Zelda Runners, your bi-weekly dive into the world of Zelda speedrunning. Before we begin, allow me to first introduce myself. My name is Doug, and I will be taking over this column from Euan. I dabble in some speedrunning, myself, with such games as Super Ghouls n’ Ghosts, Shadowgate, Mega Man 2, and of course, the Zelda franchise. It’s my goal to provide the same quality information as my predecessor, and to hopefully encourage more of you to try some Zelda speedrunning. In each article, I’ll be covering new runs, some tips to get you started, and will provide interviews with some of the world’s best runners, when possible. So strap in, and come along for the ride. 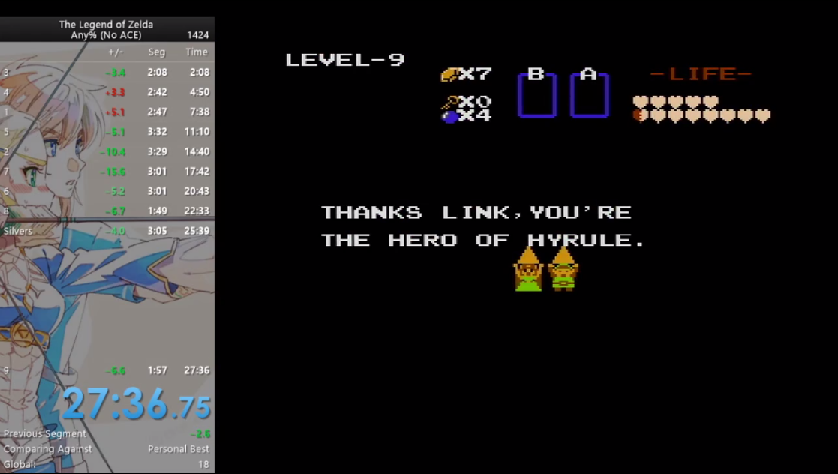 As one of Nintendo’s most popular franchises, there has been no shortage of run submissions for several Zelda games. Easily the most notable is a brand new world record for The Legend of Zelda Any%. A record that had been held by runner lackattack24 for over a year fell in early July to Greenmario. In a game already notorious for its necessary RNG manipulation, Greenmario started off on a blistering pace, saving six seconds over lackattack’s first dungeon. However, the next two dungeons were not as friendly, and he lost nearly twenty seconds. He held steady, and finished his run four seconds faster than the previous world record. Be sure to check out the highlight on his Twitch channel.

In a past article, we referenced Stale Reference Manipulation, or manipulation of game code within Ocarina of Time. In short, you are confusing the game in terms of Link’s positioning, which allows you to obtain items well before you’re supposed to. This manipulation is a relatively new discovery, and already has over 80 submitted runs in the last 5 months. In full disclosure, this kind of code manipulation is way over my head, but watching runners move in specific, seemingly nonsensical ways to finish the game has a certain fascination. About a week ago, a runner named Cruxer submitted a new world record time in the category, and the run is truly something to see.

Teach Me How to Run

No matter what Zelda game you want to run, there are a number of tricks that you are gonna want to have under your belt. Today, I’ll introduce the screen scroll from The Legend of Zelda. This is a trick that will be absolutely necessary for higher tier times. In short, the screen scroll allows link to warp from one side of the screen to the other with specific positioning and controller inputs.

To execute the screen scroll, you need to stand five pixels away from the left or right screen barrier. In this position, you’ll press either up or down for one, single frame, causing Link to turn 180 degrees.

Once this is done, simply walk off the screen, and you will appear on the other side. This allows you to advance a screen without having to walk the entire screen length. Perfect execution of this trick in a run can save several minutes over the course of a run.

As with all tricks, practice makes perfect. Positioning and inputs are very precise, but all in all, this is not an overly difficult trick to learn, and cuts overworld travel significantly.

The semi-annual speedrunning marathon Games Done Quick will host their Summer event exclusively online this year, beginning on Sunday, August 16. A total of five Zelda games will be featured at the following times:

The event will be raising money for Doctors Without Borders and can be found on their official website or on Twitch.

Doug is an editor for Zelda Dungeon. When he’s not writing, he’s busy as a professional coffee roaster and a Twitch streamer. He has also lost countless hours in A Link to the Past Randomizer. You can follow him on Twitter.

Comments
Sorted Under: Ocarina of Time, The Legend of Zelda, Zelda News, Zelda Runners
Tagged With: No tags were found for this entry.