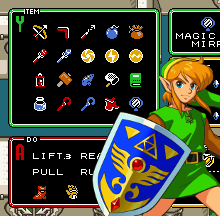 Amongst all the information about the upcoming Zelda 3DS, one bit of news that came out was a screenshot that indicated that this A Link to the Past sequel will actually have the same number of item slots as its predecessor. The subject of a Zelda’s game’s item repertoire is always a significant one, as Zelda games are always extremely item-driven. Items are Link’s powers, his objectives, and indeed serve as ways of unlocking new areas and secrets; virtually everything in a Zelda game revolves around its items. So what kind of item selection might we see from Zelda 3DS?

It’s obvious that this game will mimic A Link to the Past in numerous respects, and the fact that it has exactly the same number of item slots can’t be unintentional. Furthermore, the only items we’ve seen so far have been ones that were in the original — the Bow, which has been a series staple, but also the Hammer, which has been a rarity for some time — so it’s fair to assume that the game will have all the same items that A Link to the Past had. But will that really be the case?

Well, I’d say… not exactly. To start, I think there will be powers that don’t correspond to specific items — Link’s ability to turn into a drawing would seem to be one of these, as it’s not dictated by a selectable item on that menu screen — and while they may still correspond to collectible objects, they won’t be items you select and use from the main menu screen. But even aside from non-item powers such as turning into a drawing (of which we could see more) I don’t think the game’s main items will only come from A Link to the Past. 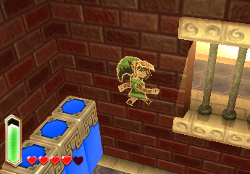 There are numerous items that just aren’t likely to reappear, at least in the same capacity, and if that’s the case, then they’ll be replaced by new items or ones from other Zelda games. I used to think the Magic Mirror would be one of these, but since the Dark World’s reappearance is confirmed, it seems I was wrong there. Still, items like the Book of Mudora and the Cane of Byrna are unlikely to reappear unless heavily overhauled; the Book is useless as a usable item and would be better more as a quest item stored on the Quest Status screen, while the Cane of Byrna is just a lamer Magic Cape. The Magic Medallions, also, may be removed completely, or they might be condensed into a single medallion (since they don’t exactly differ in major ways) or, again, overhauled in some way.

The two main items we’ve seen — again, the Bow and Hammer — are A Link to the Past items, but they seem to have added functionality. For example, the Bow aims similar to how it does in The Minish Cap; after aiming in a direction, Link can strafe. The Hammer can break floors and push down springs. Bottom line is, I’d expect that while we will most definitely see the vast majority of A Link to the Past’s items return, I’d be surprised if most of them functioned only as they did in that game. I wrote about the evolution of old items a while back, and I did say I think a balance of old items and new ones, with some altered old items in the middle, is best for a Zelda game. That said, A Link to the Past came out a long time ago, and many of its items haven’t been seen for a while. Since Zelda 3DS is a direct sequel, it’s fair for it to copy the item selection of its predecessor instead of offering new items.

That said, I still think we will see one or two new items, though perhaps they will be ones that will be familiar from other handheld games. Perhaps the Magnetic Gloves or Cane of Pacci might appear? Regardless, as I have said I think a number of the returning items will change form and have slightly different names and added functionality. 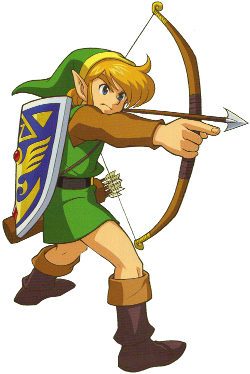 I’d be surprised if we didn’t see the Boomerang and Lantern in bigger roles like they’ve had in the modern games, or if the Magic Cape and Cane of Byrna (provided the latter even appears) didn’t have more features and more distinction between one another. Turning the Magic Cape’s disappearing effect into a stealth component would be interesting, not quite seen before, and would allow for some cool stealth sections. Perhaps the Cane of Byrna will be made the defensive item, while the Magic Cape is retooled into a stealth-only item?

Of course, we’ll have to see how things go. Nothing is set in stone and anything could happen. Still, I think these are reasonable predictions, so to reiterate: Zelda 3DS will most likely re-use most of A Link to the Past’s items, but I think a handful (perhaps just one or two) will be replaced with new items. Not all powers will be items you can select. And finally, many of the returning items will probably have new powers, overhauled concepts, and possibly even different names.

I’m actually kind of excited about the prospective item selection in this game, and I like it how, in the videos we’ve seen thus far, even previously dull items like the Hammer seem to be used pretty interestingly. Hopefully I’m correct, and dynamic items like that are the norm throughout the game. But what do you think? Do you think we’ll see the exact same item selection, or will there be differences? How big or how small do you think those differences will be? What items would you like to see dropped or introduced to the game’s repertoire, and are there any changes you’d like to see for some of A Link to the Past’s items? Tell me in the comments!