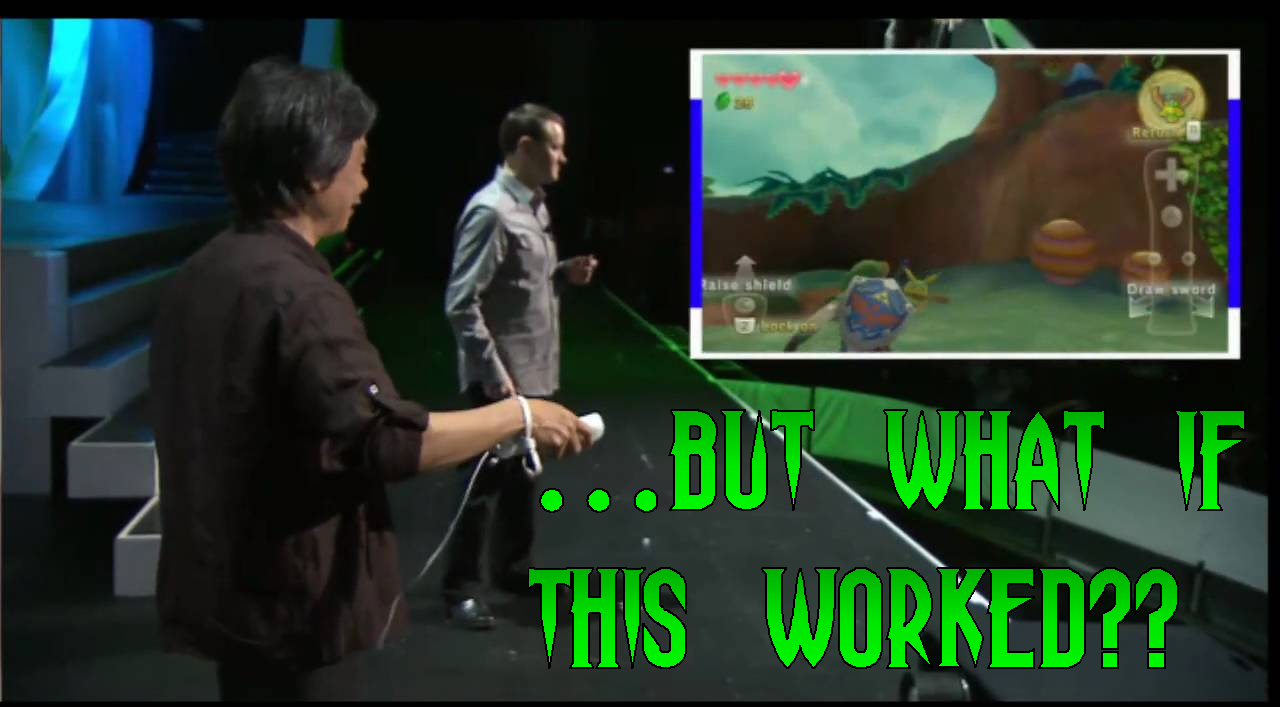 It’s funny to think about how perfectly certain things had to happen over the course of history to get us all to where we are today. Random occurrences, wild coincidences, and strange encounters; all these things make up the ingredients of life. Zooming in a bit more, it’s funny how a particular set of circumstances led to me a site about a video game franchise I loved, made me want to apply, and eventually start writing about the series I hold so dear, The Legend of Zelda.

Zelda is no different when thinking about the amount of chance, timing, and happenstance that sustained and shaped this franchise over the last 35 years, creating something bigger than anyone could have ever imagined all those years ago when Link first took his sword and set off in the land of Hyrule.

But what if things had been different?

It’s always been fascinating to me to think about how my favorite series would be different today – maybe even unrecognizable – if certain decisions had been made differently. Some of these “what if” scenarios paint a pretty ugly picture for the franchise had they have happened, but other scenarios make me wish that they had taken place.

This series of articles will focus on real world happenings, decisions that Nintendo made (or didn’t make) over the course of the last 3+ decades that shaped the series. Get ready to conduct a thought experiment, as every month, we’ll tackle the ultimate “What If” questions in the history of Zelda.

I recently wrote about how Skyward Sword never really got a fair chance in the eyes of fans and customers everywhere, and if one were to trace the root of that distrust back to the source, the you would undoubtedly end up here, at E3 during the initial reveal and unveiling of Skyward Sword’s motion control gameplay.

We all remember the tech demo from E3 2010. Shigeru Miyamoto on stage, clad in a Link cap and a Hylian Shield, waving his arms all over the place trying desperately to make Skyward Sword’s Link follow his directions. Bill Trinen, looking like he would rather be at the closest bar rather than on stage, desperately trying to explain to the confused crowd just why exactly this tech demo wasn’t looking overly impressive. To say it was a disaster is a disservice to disasters everywhere; it painted Skyward Swords motion controls as unresponsive and broken.

Nintendo would later explain that the cameras in the packed E3 room had interfered with the Wii Motion Plus’s sensors, but the damage was done.

This is something I don’t think Skyward Sword ever truly recovered from. Despite releasing and reviewing exceptionally well, the game never shook off the stink of the original tech demo gone awry, with sales of the game reflecting that. Despite releasing on one of the highest selling consoles ever, Skyward Sword sold only a measly 3 million-and-change copies – far below most of its other Zelda contemporaries.

But what if that demo had went flawlessly? Would people have been more inclined to play the game without any preconceived notions about the controls? Would it have sold more? And would that style of Zelda game – a more linear, albeit story driven presentation – have continued, postponing Zelda’s shift into the open world genre with Breath of the Wild?

It may be reaching to blame all of the negative reaction among fans toward Skyward Sword on one bad tech demo,  but as they say, you only get one chance to make a first impression. Skyward Sword may have been a whole other story had public perception not been soured before the game ever released.

Seeing this thought experiment through to the end, I think that while Skyward Sword would have performed better in terms of sales, the timing and amount of new peripherals still would have doomed the game to underachieving status no matter what. It is interesting to think about how the fans perception might have changed. Speaking only for myself, I can say I never experienced any problems with the motion controls, and was pleasantly surprised at that since the fatal tech demo had conditioned me to look for irregularities.

I’m not saying that people didn’t have legitimate issues – I know enough people with firsthand gripes to know the controls didn’t work flawlessly for everyone – but I think that people were looking for something to go wrong rather than enjoying the controls for what they were. There’s a phenomenon called phantom pain, where the brain experiences pain from a body part that is no longer there. I’ve always believed this applied somewhat to Skyward Sword – users experiencing pain from something that wasn’t necessarily there, or at least any worse than most other games.

Luckily, Skyward Sword will have a second shot at the sun in the next few months when the HD remaster comes out in July, but I wonder… what if that demo had just worked like it should have? Would we be talking about Skyward Sword all these years later in a different light?

Andy Spiteri is the Editor-In-Chief of Zelda Dungeon. His fascination with hypotheticals that can never be truly answered knows no bounds. Follow his musings over on Twitter, and check out his podcast, The Champions’ Cast, covering all these What If hypotheticals.

Comments
Sorted Under: Original Content, Skyward Sword, Slider, The Legend of Zelda, What If?
Tagged With: No tags were found for this entry.