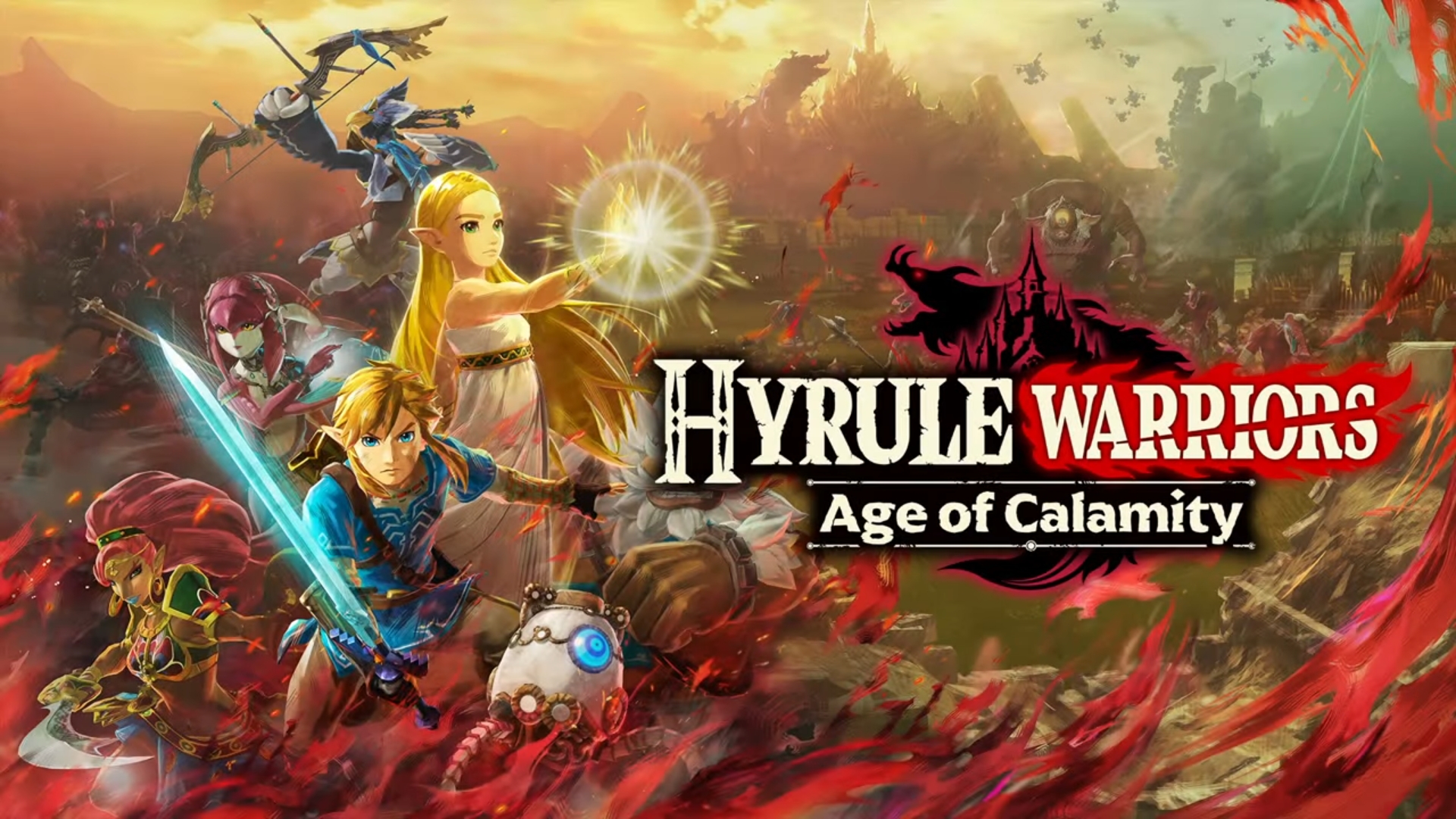 Warning: This article contains some spoilers for Hyrule Warriors: Age of Calamity and Breath of the Wild.

Across all mediums, thoughtful artists, writers, and designers are always looking to other projects to inspire and challenge them. In some ways, Breath of the Wild was a thoughtful reaction to the evolving gaming landscape, a landscape where wide open worlds with endless hours of content have become a key part of many big-budget games. Going full circle, Breath of the Wild has gone on to inspire a variety of open world games since its release, with its climbing mechanic and open-world philosophy serving as an inspiration for other designers across the world. This amazing cycle of commenting on and iterating on the work of contemporaries is part of what makes the creative process so amazing; creators are constantly pulling inspiration from a variety of sources, and then adding their own ideas to the mix.

With Nintendo developing the much-delayed sequel to Breath of the Wild, it will be interesting to consider what new ideas Nintendo might look to fold into their next big Zelda experience. Fortunately for Nintendo, the company may not have to look far for some wonderful ideas to bring into Breath of the Wild‘s sequel. Hyrule Warriors: Age of Calamity, the collaboration between Koei Tecmo’s  Omega Force/Team Ninja and Nintendo, littered with interesting ideas that Nintendo might mine for its upcoming, unnamed Zelda sequel. Some ideas that could bear fruit in the next Zelda game include adding interesting villains besides Ganon, having more dramatic, high-stakes set pieces, and ensuring that the four Champions and their descendants are a key part of the upcoming game.

1. Include Interesting and Engaging Villains Besides Ganon 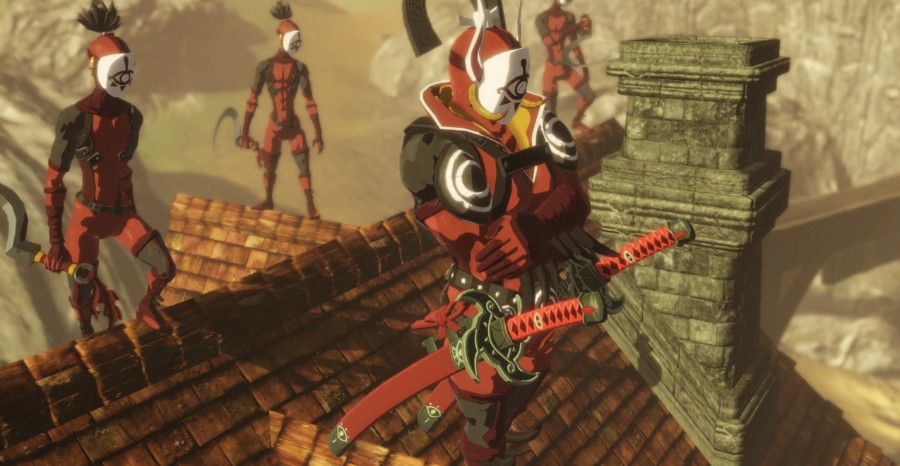 One aspect of Hyrule Warriors: Age of Calamity that the Zelda team can look to is the spin-off’s use of distinct secondary villains. Sooga, Kohga, and Astor all play different roles in the story, and these characters are all distinct foes for the heroes of Hyrule to overcome. From a storytelling standpoint, I enjoyed that these three villainous characters were not mindless or impersonal servants like the Blights. The villains of Age of Calamity are shown to have disagreements, and they show signs of tension in certain cutscenes. Villains who are not mindless monolithic servants are always more engaging than foes that lack defined identities, and designers can create more unique battles when villains are distinct from one another. Films like Batman Begins have used multiple villains to provide different types of challenge for their protagonist, and Nintendo could use multiple villains to create an engrossing Zelda story. Games like Skyward Sword and Twilight Princess have dabbled with the idea of having two or more villains, but the concept can be taken even further in a future Zelda title.

Having interesting minor enemies with clear personalities, rather than numerous common enemies or the impersonal Blights, could be a great boon for Breath of the Wild‘s sequel. While it is enjoyable to fight the overworld mini-bosses that roam Breath of the Wild‘s world (Hinoxes, Talus, and Lynels), “named enemies” could provide special challenge for the player, and these enemies might stand out in the player’s mind more than a random Talus or Hinox would. Unique villains could provide a sense of emotional payoff as the player thwarts these foes or scratches these enemies off their hit list. Skyward Sword‘s Ghirahim is a great example of this concept. Many players felt extremely satisfied at the end of the game when that they defeated Ghirahim for the final time because the character had been a thorn in the player’s side for the entire game.

Overall, the idea of recurring fights against villains could be implemented in a way that is similar to the Yiga Clan encounters in Breath of the Wild. The Yiga Clan appear more frequently after the player have completed Yiga Clan Hideout and The Master Kohga battle. A specific set piece or a battle with a villain could trigger once a quest or dungeon is completed. 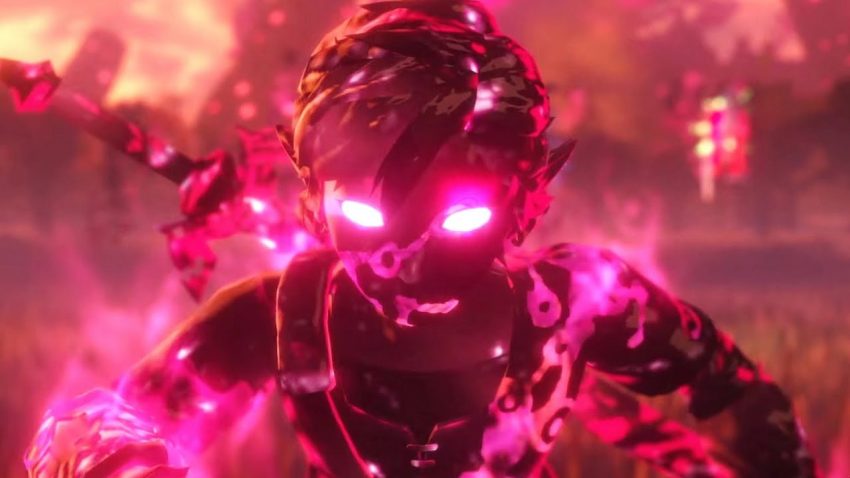 All of the Hyrule Warriors games have embraced dramatic spectacles that are designed to slowly build up the stakes and wow the player. While I do not want the Zelda series to turn into an action-heavy blitz like Hyrule Warriors, Breath of the Wild‘s sequel could benefit from the inclusion of more dramatic set pieces and benefit from raising the game’s stakes at key moments. One of my favorite missions in Hyrule Warriors: Age of Calamity was the battle in the Lost Woods and Korok Forest against Astor. The missions requires the player to battle through Astor’s Malice Champions before getting the Master Sword. The mission eases the player into the battle by forcing them to fight the different Malice Champions on their approach to the sword before the player has to face the Malice Champions together in the final fight against Astor. The battle against Astor is very entertaining, and the player has to clear out the different enemies in order to attack Astor more effectively.

Breath of the Wild‘s sequel could also use more battles were Link is locked into a dramatic battles with his enemies, fights where he cannot escape. The open nature of Breath of the Wild means that the player can simply run away from the majority of the enemies in the game, which can lessen the stakes of Link’s adventure. Breath of the Wild‘s sequel could include some artificial barriers that lock the player into a battle, similar to those seen in Twilight Princess, or perhaps the game could design some areas with walls that cannot be climbed, similar to what is present in the various shrines found across Hyrule. Creating tense, do or die battles would add a sense of stakes to battles that goes beyond the normal combat in Breath of the Wild.

3. Keep The Champions and Their Descendants In The Story 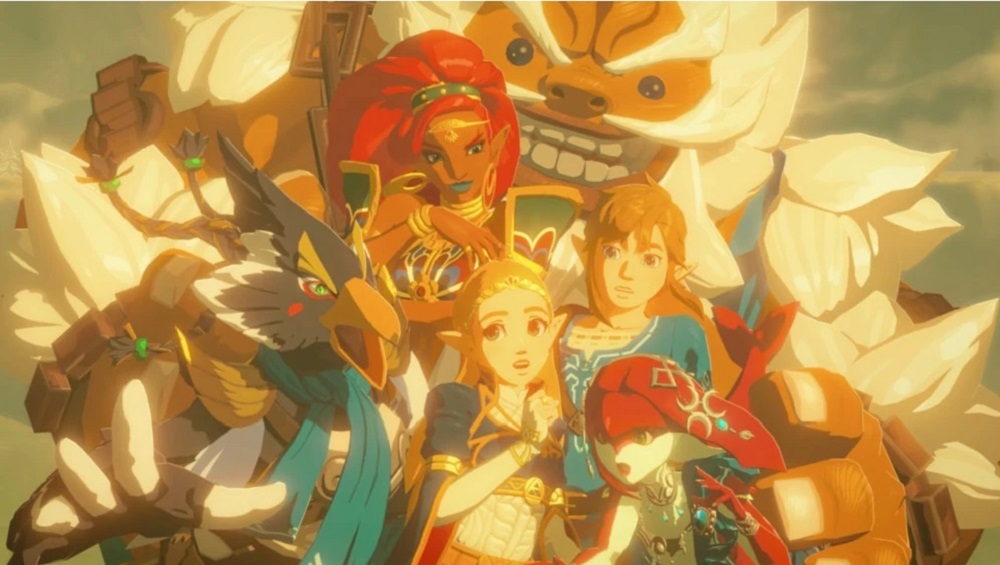 Without providing any drastic spoilers, Age of Calamity gives the four Champions (Mipha, Urbosa, Daruk, and Revali) and their present day counterparts (Sidon, Riju, Yunobo, and Teba) a big role in saving Hyrule from Calamity Ganon. By putting an emphasis on these characters, the Age of Calamity makes the player feel like Link and Zelda have a wide range of allies in their battle against Ganon. The idea of integrating more characters into the battle to save Hyrule is something that would be great to carry over into the next Zelda game. While games like Twilight Princess and Skyward Sword lightly touch on the idea of Link having allies in his quest, the series could take it even further. Having secondary characters who are more actively helping Link save Hyrule can build a sense of connection to the world and give the player added motivation to save the world.

Overall, the four Champions and their present-era counterparts have been extremely popular within the Zelda community. One of benefits of Age of the Calamity‘s setting was that it gave players the chance to spend more time with the Champions and offered an opportunity for the writers and designers to further flesh out their characters. It would be foolish for the sequel to Breath of the Wild to ignore these beloved characters. With the descendants of the Champions presumably alive and well in the sequel to Breath of the Wild, these characters should play a key role in Link and Zelda’s next adventure. These four heroes already assisted Link in his battle with the Divine Beasts, so it makes sense for them to have a role in the story going forward. The Zelda series has rarely had direct sequels, so Nintendo has a golden opportunity to build a game with characters that fans already love.

Since the story of Breath of the Wild‘s sequel is a closely guarded secret, it is hard to say how these characters would play into the story or gameplay. Perhaps there will be key main quests that are related to the Rito, Gerudo, Goron, and Zora tribes. This would require the player to team up with the Champions’ descendants (perhaps they could become the new Champions). Additionally, since the game is presumed to be open world, the developers could create side-quests that connect to these key characters once their main quests are completed.

Overall, Hyrule Warriors: Age of Calamity is an interesting experiment that many Zelda fans have thoroughly enjoyed. The game has some great ideas that Nintendo could utilize when developing the upcoming sequel to Breath of the Wild. In order to succeed, the next Zelda game will have to find new gameplay and story ideas because many fans will not be satisfied with simply revisiting the same open world from Breath of the Wild. By including an interesting set of villains, creating dramatic set pieces, and utilizing popular characters from Breath of the Wild, the game can differentiate itself from its beloved predecessor.

What are some of ideas from Age of Calamity that you want to see incorporated in the sequel to Breath of the Wild? Let us know your thoughts in the comments below!

Comments
Sorted Under: Breath of the Wild, Editorials, Editorials, Games, Hyrule Warriors Age of Calamity, Original Content, Slider, Tears of the Kingdom
Tagged With: No tags were found for this entry.