The Best and Worst of Zelda: Musical Instruments Part Two 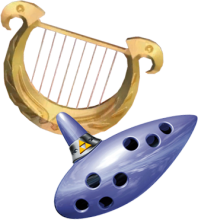 Hello readers! Brian here with the fifteenth edition of “The Best and Worst of Zelda.” This week we’ll be continuing where we left off last week! Don’t forget to comment your ideas for future topics below!

Musical instruments have become not only helpful items, but thematic staples in the plot of a Zeelda game. This, I believe, begins in Ocarina of Time and carries through many future games in the series. As we had made it through every game up to Ocarina of Time last week, we’ll begin with the famed ocarina’s second major role in the classic Majora’s Mask. 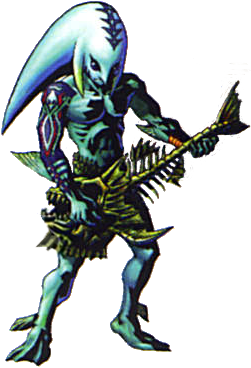 The very beginning of the game, before Link has a chance to even move, shows the Ocarina of Time being stolen. You spend the first three days retrieving it, and after that point, it becomes obvious: this thing is pretty important! And of course it is, seeing as this game is the sequel to a game named after said instrument. But this ocarina is quite different from the one in Ocarina of Time, as it is your key to actually travelling through time. In terms of music, The Song of Time remains iconic as ever, while songs like the Song of Double Time and Inverted Time give interesting new spins on the fan-favorite tune. Among many familiar songs, new pieces such as the Sonata of Awakening really stand out as beautiful melodies. Specifically, the ever-so-simple Song of Healing is a gorgeous composition, although it is merely Saria’s Song backwards. But my favorite thin about the Ocarina of Time is how it changes due to each transformation mask. It was so strange, the first time you try to use the Ocarina, and a set of wood horns come out of the Deku scrub Link. It became fun to see what instrument you would be able to play next, whether it was a set of drums or a guitar made of a dead fish (this one was particularly freaky). Overall, a very nice expansion upon a well-implemented piece of its predecessor.

Oracle of Ages grants a form of time travel that an be called a mixture between Ocarina of Time and Majora’s Mask. Although the time travel happens over a matter of many years, it occurs by preforming songs on the game’s iconic Harp of Ages. I’ve already said in my Time Travel article that this works very fluidly and feels very natural, but my issue with the Harp of Ages does not lie in its use. It is the music it plays that bothers me. The songs are either too boring or too complicated to be catchy. I have played Oracle of Ages as many times as I’ve played Majora’s Mask, but while I have no difficulty whistling out the Song of Healing, I can never seem to remember the Tune of Echoes. And the same goes for the other two songs in the game, where I feel they could have done much more with only three playable songs in the game. I really love the instrument as an item, and I love the concept, but the music is uninspiring, at best. 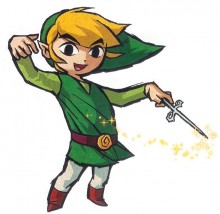 Another game that revolves thematically around the player’s use of music is The Wind Waker. Strangely enough, while the Wind Waker is the name of the item used, the actually instrument that you conduct is… the wind. A pretty strange idea for a musical instrument, but take good design can back any strange idea, and The Wind Waker surely exhibits brilliant design in this regard. It’s an amalgamation of two of the game’s main themes; music and wind. The use of the Wind Waker is something familiar to fans of the series, where the different songs are useful for both puzzle solving or just making life easier. What is interesting is the fact that every single song it can play is exclusive to The Wind Waker alone, without a single repitition. There is no Epona’s Song or Song of Time, but rather new songs that take from the game’s theme of Celtic music. Specifically, the Earth God’s Lyric has always been my personal favorite. Every song is melodic, memorable and beautiful in its own regard. It’s an excellent use of a very odd musical instrument, and I believe it is even on par with Ocarina of Time in the way that it is so nearly perfect.

But the next game on our list backtracks to a more classic use for musical instruments. The Minish Cap has, yet again, an ocarina, that functions similarly to the one in A Link to the Past. Across Hyrule, there are mysterious wind crests that wind up becoming warp points when the Ocarina plays its song, which happens to be the warp tune from The Legend of Zelda. There is nothing so special about this instrument. In fact everything about it is rather boring in comparison to previous games. What is exemplary about this item is the way Link retrieves it. The game is quite linear: find the four elements in four dungeons, then kill Vaati. The Ocarina pulls a bait and switch. The Fortress of Winds seems like the perfect location to find the Wind element, but instead, you simply don’t! Not getting the Wind Element is a perfect change of pace that the game was desperately calling for, and still getting the Ocarina of Wind serves as decent compensation for those who may have been let down. But in terms of use and music, the item is a bit basic, to say the least.

When I decided to write about instruments, I knew that Twilight Princess might give me some trouble. Though “musical instrument” would not be the phrase I would use, there are multiple ways to make some sort of music in the game, so I suppose it deserves some recognition. The first one you’re introduced to is a piece of grass. Awesome, right? Pieces of grass that can call your horse or even birds are scattered throughout Hyrule, and while they come in handy, they aren’t exactly the coolest way to play music. I think the idea that your pulling grass out of the ground to call your horse companion adds to the earthy, almost Western vibe of Twilight Princess, so there is some thematic merit there. Later in the game, you receive the horse call, which is again convenient, but still pretty boring as an item. But the main method of playing music is Link howling at the moon in his wolf form. Howling off key, in fact. This was so annoying in-game! I love the fact that the wolf howls, that’s awesome, and I love the sword skills you would receive from it, but you cannot justify it being off key! It’s just wrong, and it hurts my ears. So musically, this “instrument” bothers me, but conceptually and practically, it is my favorite thing that Wolf Link does. 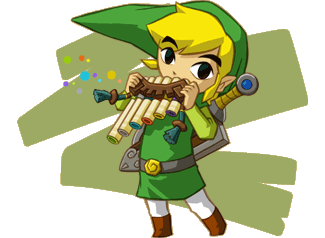 Next on our list is an under-appreciated game, musically. Spirit Tracks has a gorgeous soundtrack, heavy with woodwinds and taking inspiration from many other cultures to form exciting music. So what better instrument than the pan flute? It really did fit the game’s style perfectly, and made full use of the DS’s microphone feature. The roster of songs that Link can play anywhere he wishes is full of catchy, short melodies that are sometimes only two notes a piece. But in making them so short, they were not only easy to remember, but also easy to get trapped in your head. The things that bothered most people about the Spirit Flute were the scenes in which you learned the longer songs with the Lokomo of each realm. And although I both love the songs and the instrument, even I have to admit that those pieces can be wildly frustrating! Overall, I do believe that this instrument is very good in more ways than one, but certainly frustrating at times.

Lastly, we arrive at the newest game in the Zelda series, which isn’t really so new anymore. Skyward Sword features the Goddess’ Harp, which becomes a very important piece of the plot later in the game. It is, for the most part, only used to open the Silent Realms, which I found to be the least enjoyable pieces of the game. Not to mention, Fi’s nonsensical singing didn’t make me enjoy it much more. Playing the harp was not ever by choice, but rather out of necessity to advance in the game. The actual playing of the harp was a rhythmical swinging of the hand, which was certainly not fantastically exciting, but was probably the easiest way to mimic playing a harp. But let’s step back from these negatives for a moment and look at it from a more positive light, shall we? To really appreciate this item, it is necessary to first note the strong relationship between Link and Zelda in this game specifically. Skyward Sword shows an unbreakable bond between the characters that no other game truly exhibits. In fact, I would say that is my absolute favorite part off the game, and seeing that the Goddess’ Harp is an item that belongs to Zelda, this Harp must mean a lot to Link. This doesn’t so much justify the items purpose, or the poor mechanic of “playing” it, but it does give some all-important personal background to an item that would otherwise be like anything else. It is tantamount to the Ocarina from Ocarina of Time, but in Skyward Sword, Link’s relationship with Zelda is so much stronger. I can’thelp but love the Goddess’ Harp for that reason alone, but then I enter the Silent Realm, and I get angry again! As you can probably tell, I have very mixed emotions when it comes to this item, but in the end I believe that plot importance trumps use for this specific instrument, as it is only used a handful of times. 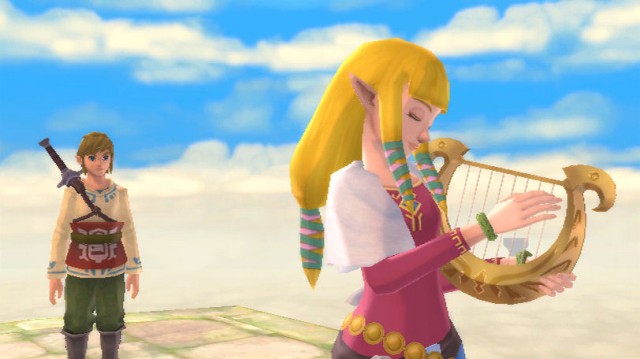 Well that’s all we’ve got this week! Don’t forget to put your ideas for next week, as well as any questions you may have for me, in the comment section below. As always, thanks for reading!