Gossip Stone: Would Cross-Race Breeding be Possible in the Zelda Series?

With the Valentine’s Day holiday coming up, I’ve been thinking about who Link might spend it with. There’s obviously Zelda, Saria, Malon, or the less remembered Marin– and hey, he could even call-up Peatrice to see if she’s free on Sunday. But then I remembered, Link was once betrothed! The all too amorous and forward Princess Ruto of the Zoras bagged the Hero of Time when he was just a little boy and has been smitten with him ever since….

Cosplay of the Week: Princess Ruto by Lexi

Cosplay of the Week is back and this time ’round our chosen feature is a rather interesting Cosplay of our dearest Zora Princess: Ruto. Were you ever weirded out by how forward the young fishling was with our beloved hero? To be honest, I was slightly fearful of the costumes that might appear when searching for this weeks Cosplay of Ruto (I was worried we might all be scarred for life) but when I found Lexi’s sweet Cosplay I was quite intrigued…

​WHO RUN THE WORLD? GIRLS: Ocarina of Time’s Female Powerhouses 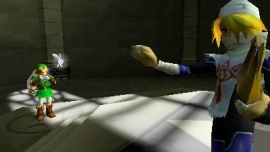 Ocarina of Time was revolutionary in its own right as the first 3D Zelda and pioneering a video gaming style which would later be recreated in series such as Okami and Starfox. Another revolutionary point which current developers could perhaps still learn from is the plethora of strong, balanced female characters. Initially I wanted to write about the Gerudo tribe, and perhaps focus on their status as an all-female society. As I thought more and more about the direction this would take, I realised that despite the Gerudos’ status as a literal warrior race, the other females featured in Ocarina of Time are no strangers to courage, strength, and conflict, and it would be unfair to exclude them from an article as such. Seeing these women as developed characters and often excellent role models is amazing for a game released in 1998, when the gaming industry still seems to struggle sometimes with exactly that, today in 2015.

As many may know, Hyrule Warriors is nearing its release in North America, and many fans have gotten to try the installment from various events.  Zelda fans in Japan are lucky enough to already have the game, and thus, tons of new information keeps makings its way online.  Game analysis enthusiasts GameXplain managed to get their hands on a Japanese Import of the title, and have been releasing Hyrule Warriors videos every other day.  Recently, GameXplain published a video showcasing…

More Details and Screenshots From the Hyrule Warriors Art Book 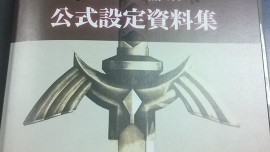 More images from the official Japanese Hyrule Warriors art book have emerged. Along with the photos, we have also gathered up some translated details from within the book.

This post does contain spoilers, so it should be noted that if you do not want the game spoiled then this post is not for you. However, if that’s not a concern for you… 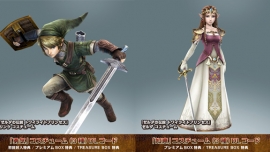 While most of us are anxiously awaiting the footage that comes out of tonight’s Nintendo Direct event, it’s important to remember that we got some great gameplay and a trailer out of the most recent NicoNico livestream last Friday. Clocking in at about one hour and forty minutes, this stream video showcases Link, Agitha, Midna, Princess Ruto, and Fi in action, as well as the pre-order bonuses coming to Japan. Additionally, the video kicks off with the most recent trailer for Hyrule Warriors and even features DLC costume trailer for Link, followed shortly by Zelda around the thirty-three minute mark…

Earlier today, and thanks to the official Nintendo YouTube Channel, we got the chance to see an English trailer for the recently announced playable character in Hyrule Warriors, Princess Ruto, who makes a very unique entrance into the Water Temple.

Head inside to see the video!

The Hyrule Warriors trailers just keep on coming! This morning, Tecmo Koei was kind enough to release a trailer dedicated to the Princess of the Zoras, Ruto! Although we saw her in action yesterday, this gameplay video is dedicated solely to her. Hit the jump to see her in action!

Something that’s a little puzzling is why the Zoras from the early Zelda games such as The Legend of Zelda and A Link to the Past are so much different from the Zoras in later titles like Ocarina of Time. If Ocarina of Time comes before A Link to the Past, why do the Zoras turn from a race that’s friendly to Link to hostile, overworld monsters? Well, Brawl in the Family may have our answer. Hit the jump to read the comic!

The Zelda series has been filled with romance from day one. I mean it’s always there to help drive the story, handsome young hero comes to save the Princess from evil doers over and over again. It’s a story we are quite used to. Throughout the Zelda series we have seen hints of many different love interests for Link. An unknown boy from the woods or an average ranch hand from across the map would surely be an odd couple…

In 2011, Nintendo introduced the highly controversial official timeline which would map out the position of each Zelda game in a linear fash... read more

After two long years of waiting, the second trailer for the sequel to The Legend of Zelda: Breath of the Wild is finally out! Well over ... read more

The end of this year is rapidly approaching, which means that it's time for my favorite annual tradition here at Zelda Dungeon: Best. Zelda.... read more