After two long years of waiting, the second trailer for the sequel to The Legend of Zelda: Breath of the Wild is finally out!

Well over a minute in length, the trailer delivers both gameplay, world, and story details for the upcoming game, all set to exciting and eerie music. Decked in a brand new outfit, Link takes to the skies to traverse floating islands, bringing along a magical arm and updated Runes.

As many fans have theorized since the release of the announcement trailer, Link gets new powers from the magical arm holding a mummified Ganondorf in place. While there is no specific clarification on new Runes, Link’s arm is shown using what seems to be an updated version of the Stasis Rune, this time freezing the environment around Link and showing a path that a metal spike ball will take. Shortly after, Link is shown being pulled up and moving through a solid object. The color of the magic would suggest this function will be a new Rune, but there is no confirmation.

New and updated enemies also make an appearance, such as a Stone Talus with a Bokoblin camp built into it and Bokoblins with larger horns. We also get a shot of a new totem-like enemy, which, by the looks of it, may be a Beamos, a classic stationary enemy.

At the end, the trailer takes a darker turn, playing unnerving music similar to that in the first trailer and finishing off with an eerie rendition of “Zelda’s Lullaby.” At the beginning of the trailer, we do see Zelda fall down a dark, underground abyss — could this imply a dark fate awaiting the princess? And speaking of story, based on Link’s new outfit and the totem enemy, it looks like there may be a heavy Zonai presence within the lore.

There’s a lot to unpack with this trailer, but at the very least, it’s looking to be one of the darkest Zelda entries yet, and it seems to be taking a few notes from Skyward Sword for its gameplay and environments. This game looks beautiful, and I cannot wait to find out more about it!

Lastly, Nintendo provided a release window of 2022. However, Zelda series director Eiji Aonuma said simply that 2022 is their goal, implying the game could release later.

What are your thoughts on this trailer? Are you even more excited for this upcoming Zelda game? Is it taking the route you expected? What do you think of Link’s hair? Let us know in the comments below! 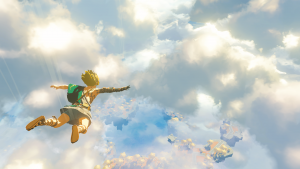 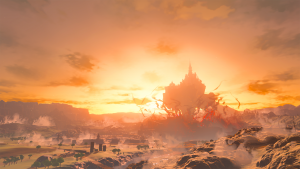 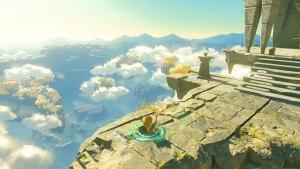 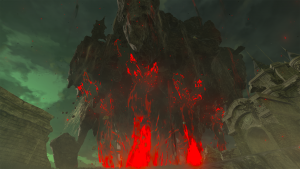 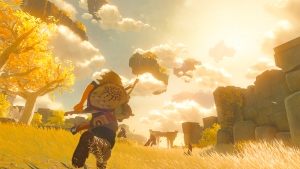 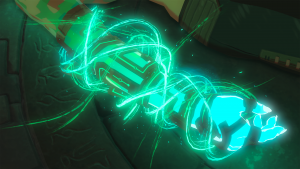 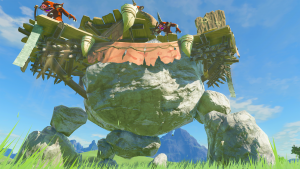 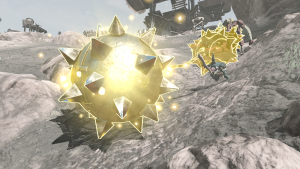 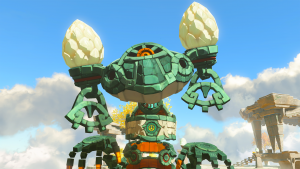 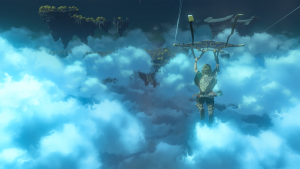 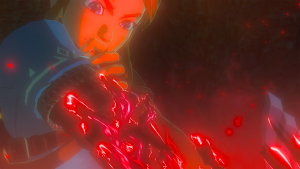 Comments
Sorted Under: Breath of the Wild, Games, News, Slider, Tears of the Kingdom, Top Story, Zelda News
Tagged With: No tags were found for this entry.