Fan Fiction Friday: The Man Behind the Masks – Part 22a 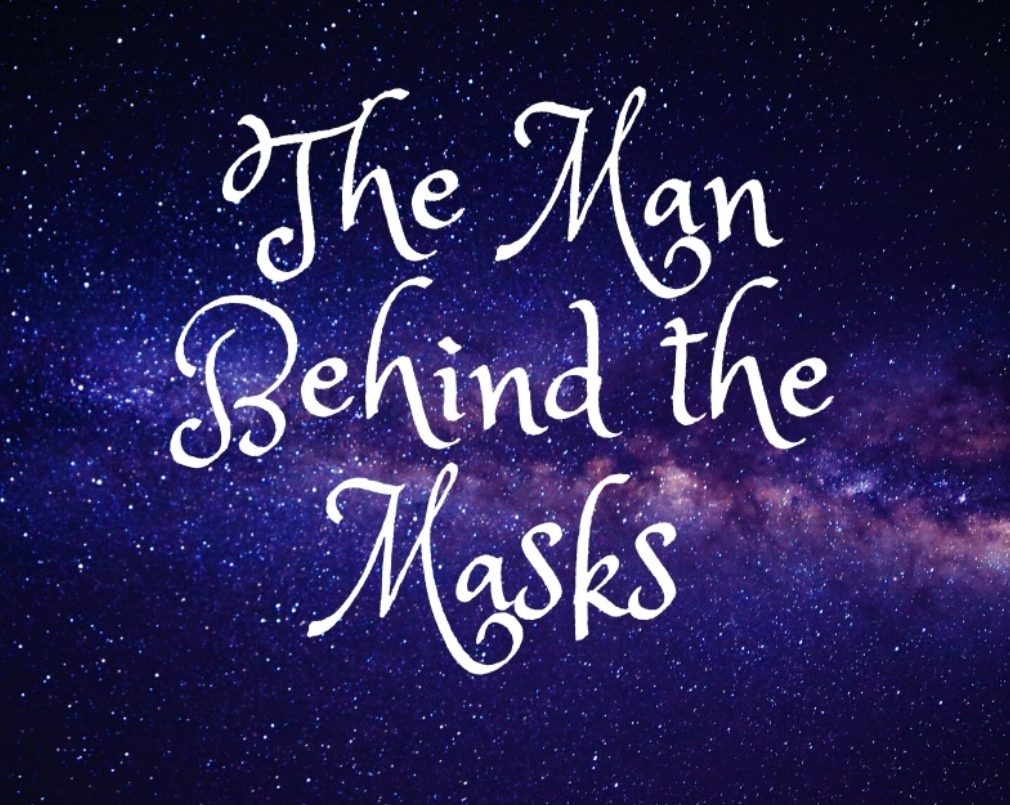 Whilst recovering after the Interloper War, I often woke in a cold sweat. Stuck in a fuzzy haze between reality and nightmare, I would throw open the doors and step out into the night of Castle Town. As I looked up at the dark sky and its infinite blanket of stars, it was the one thing that calmed me. I wrestled with questions about life and death beneath their bespangled beauty for hours. Weighing the cruelty of the world against its wonder.

Since my abrupt exit from the Spirit Temple, I had tumbled through this familiar starry sky but felt overwhelming unrest.

“Kavia! Kavia!” I didn’t recognise my own voice. It sounded strange, warped. Why would she do that? Why?

My red harem pants blew up like a parachute, suggesting the notion of falling. And yet, the stomach lurch I expected did not come. I forced my head down and gasped. In my own mind, I merely saw the portal as a single gateway from one point to another. My thoughts were on the right lines, except, there were hundreds of them.

Forests, rivers and mountains flashed by as if trapped in paintings. Slow down! I thought and my body responded. No longer being pulled along, I jerked to a stop in mid-air and attempted to get my bearings. A sweet smell drew me to one open door, there were sprawling purple flowers of a wisteria. Snowflakes fell gently from another. A strange movement caught my eye, something white clung upside down to the rock formation nearby. It gurgled as it slugged forward.

“Chuchu?” I couldn’t believe my eyes. Mrs Kibishi, my old school teacher, had shown me pictures of them in an encyclopaedia once. There were other creatures too; a colony of Keese with horrid red eyes and something else. “By Hyrule…”

They were the largest ‘birds’ I had ever seen, if you could call them that. Their jaw dropping wingspan accentuated their golden feathers; edges dipped in iridescent hues. Within the flock, some were the size of an average man. The younglings were smaller and stayed close to the elders. One of the larger females came swooping by.

“Goodness, now who might you be? I am sure you know that travel between dimensions alone is very ill advised.”

“Travel between dimensions?” I scratched my head. “My apologies, I’m new to all this.”

The bird woman had a kindly face and smiled. “I see, my name is Elrora, Chieftess of the Watarara Tribe. We migrate to Hyrule once a year to ride the seasonal wind to our nesting spot.”

“Oh, my name is Ronri Okane, humble mask salesman. Pleased to make your acquaintance.” I offered my hand, then seeing the Chieftess still flapping her wings, quickly put it down again.

“So, what brings you here, Ronri?”

“In truth, escaping.” Elrora’s feathered brow furrowed slightly. “We were attacked and…Ah yes, I must tell King Hyrule about that shadow beast as well. Then again, I have to find Yasei and Kilton first.” I peered out into the playground for the bizarre, scanning for any sign of them. “Elrora, please, could you… Would you help me?”

As it turned out, the Watarara were decent folk. Elrora even sent one of her body guards, Guufo, to search for my friends. In the meantime, she perched quite happily on an apple tree as the leaves rustled. She had two black tribal marks above her beak and sapphire blue eyes. The energy coming from her was strong and warm, not suffocating like Ganondorf.

“Now then,” she said, “you have the power to open gateways, yes?” I nodded. “In order to travel along these corridors, you need only choose a destination and imagine it clearly in your mind. It may take a little practice, are you willing to try?”

“It would be foolish to turn down a lesson from a mentor. Although, you still seem surprised to see me. Is it uncommon for Hylians to pass through here?”

Elrora gazed at me steadily. The same look I might add, that the Great Fairy had given all those years ago. “Very rare indeed,” she said finally. “Now, shall we begin?”

It wasn’t long before I’d opened doorways to Kawaranai, the Gerudo Fortress and Zora River. I didn’t dare step inside, however, afraid that I might fall in again and drown. Portal transportation appeared to be a relatively easy concept to understand. Elrora explained about other possibilities such as visits to other realms and dimensions! I found it quite fascinating and could have asked questions forever.

Elrora also had warnings as any self-respecting teacher should. “Beware, for there are many creatures that move within these spaces. Some are not as friendly as I, and it would be unfortunate for you to be eaten, Ronri.”

In the past I might have laughed at this, but I’d seen blood spilt by Bokoblins. Stalchildren, Tektites, Leevers and Peahats all seeking to maim and destroy. Even Light Spirits battling sorcerers for control of the land.

“Don’t fret for my sake, Elrora. My survival instincts have been finely tuned. I am especially wary of approaching monsters with no good reason. Besides, Yasei is very capable with a bow and Kilton has no trouble holding his own.”

“You’re very fond of them, aren’t you?” she said. “I’m glad.” These words seemed laced with a sadness I didn’t understand. “This Ganondorf you speak of, Akisin has mentioned him before. In time, he will become a great danger to all the races of Hyrule.”

“She’s alive?” I clapped my hands together with glee. It had been two years since the carpenter had disappeared. I could never find the slightest whiff of information about her. “Where is she?”

Elrora’s graceful features became troubled. “She is well. Regretfully, I am unsure about her current whereabouts. Akisin has always…She comes and goes you see.” Suddenly, the Watarara Chieftess stood tall and craned her long neck towards the south. “It appears Guufo has located your companions. Shall we go to greet them?”

Selfishly, I wanted to ask more about Akisin. I wanted to know why she left. I wanted to yell at her for making Guru-Guru and I worried sick. But all that could wait.