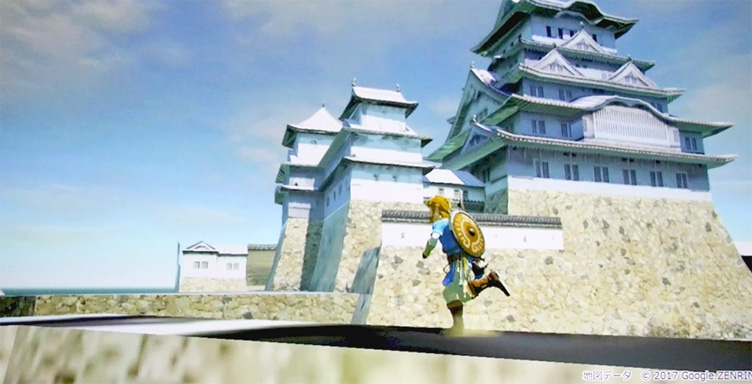 Back in 2017 at the Computer Entertainment Developers Conference (CEDEC), Nintendo gave attendees a treat by showing off an early build of Breath of the Wild. With the game having been released six months earlier to much acclaim, Nintendo offered a little insight into the development process, as they had done at GDC in March of that same year. Unfortunately, however, that footage was only ever shown to the people in attendance, until today.

Thanks to Pixelpar and Vicente Quesada on Twitter, we were given more insight into that CEDEC panel with some images showcasing the early build of Breath of the Wild. The images (which can be seen in the gallery below) show Link navigating a map of Kyoto, Japan, using the skydiving mechanic previously seen in Skyward Sword, and even traversing Japan’s Himeji Castle. According to Pixelpar, a 2D map of Kyoto was used in order to help to determine the size of Breath of the Wild‘s world and gauge distances between landmarks.

What do you think of this news? Would you like to see the skydiving mechanic make a return in the Breath of the Wild sequel? Let us know in the comments below!

Comments
Sorted Under: Breath of the Wild, Games, News, Zelda News
Tagged With: No tags were found for this entry.