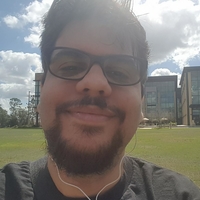 The world ain't all sunshine and rainbows. It's a very mean and nasty place, and I don't care how tough you are, it will beat you to your knees and keep you there permanently if you let it. You, me, or nobody is gonna hit as hard as life.

Hello everyone! My name is Kristen (yes that’s how you spell it) and I was given the opportunity to work with Zelda Dungeon all the way back in September of 2015. I joined back when Tri Force Heroes was right around the corner and “Zelda U” was still being teased.

For the past 19 years I have called Orlando, Florida my home, and not just a tourist trap most people see it as. This is where I’ve made most of my friends, and even made new family connections.  This wasn’t always my home though since my Dad was in the Navy most of my early childhood. I’m technically from Ceiba, Puerto Rico, but I don’t remember it since I was still a baby when my Dad got stationed elsewhere. It wasn’t just me on this journey though since I am a middle child. I have an older brother and an amazing younger sister.

My dream is to become a full-time video game journalist. I am currently pursuing a Bachelor’s Degree in Journalism to help get my foot in the door no matter where I go. When I’m not working for ZD or chasing my future, I help run a YouTube channel with my brother Kristopher called Super Reaction Bros. There we do what we love, which is react to and discuss viral videos, game trailers, movie trailers, stuff we grew up with, and television shows. Also, I play video games in my spare time if that wasn’t obvious.

One thing that I’ll always appreciate about any video game franchise is when it tries something different with the formula. It may not always pay off, but the times when a series does take risks are when you get a game that’s truly special. This is why The Wind Waker is my favorite Zelda game.