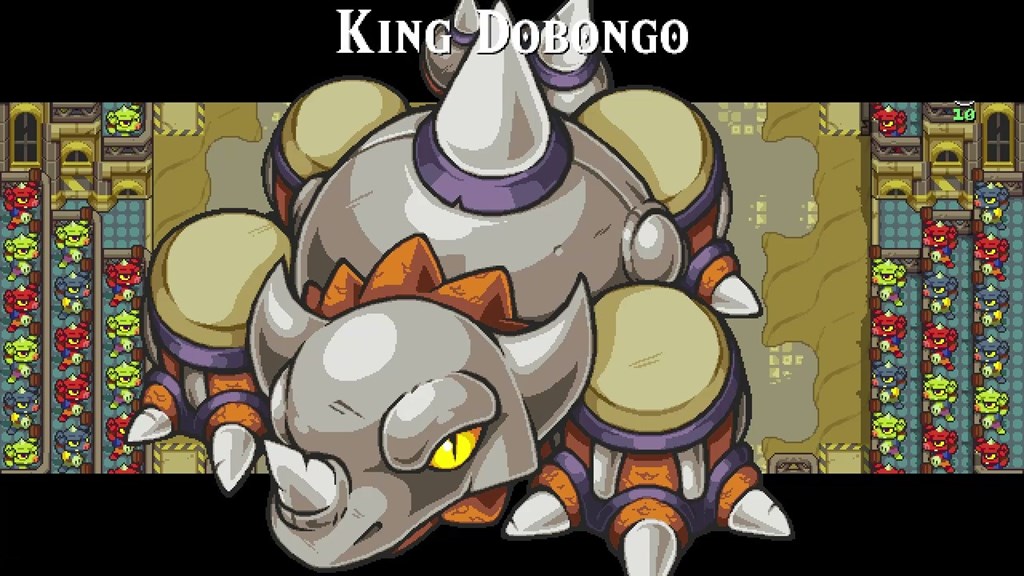 During this morning’s Nintendo Direct Mini, three new DLC packs were announced for Cadence of Hyrule. The first two packs will feature new characters and music for the game, respectively, but, most excitingly, the third DLC pack will feature brand new story content. Titled Symphony of the Mask, this story DLC will star popular Zelda character Skull Kid, and it will feature new maps and new songs.

The reveal trailer offered a small taste of Symphony of the Mask, showing off some new areas to explore and Skull Kid’s unique mask-swapping ability. But beyond that, fans were left with the question, “What awaits Skull Kid in these strange lands?” Well, Nintendo just released a collection of artwork and screenshots from Symphony of the Mask that provides a bit more information on Skull Kid’s new adventure. For example, one screenshot depicts a brand new boss called King Dobongo, who will fit nicely beside the instrument-based bosses of the base game.

You can check out all the new artwork and screenshots in the gallery below. Symphony of the Mask will release some time before the end of October 2020. You can buy a Season Pass right now that will get you all Cadence of Hyrule DLC as each pack is released. A complete edition of the game that includes all DLC will also release on October 23rd.

Are you excited to play through Symphony of the Mask? Let us know in the comments!

Comments
Sorted Under: Cadence of Hyrule, Games, News, Nintendo News, Zelda News
Tagged With: No tags were found for this entry.