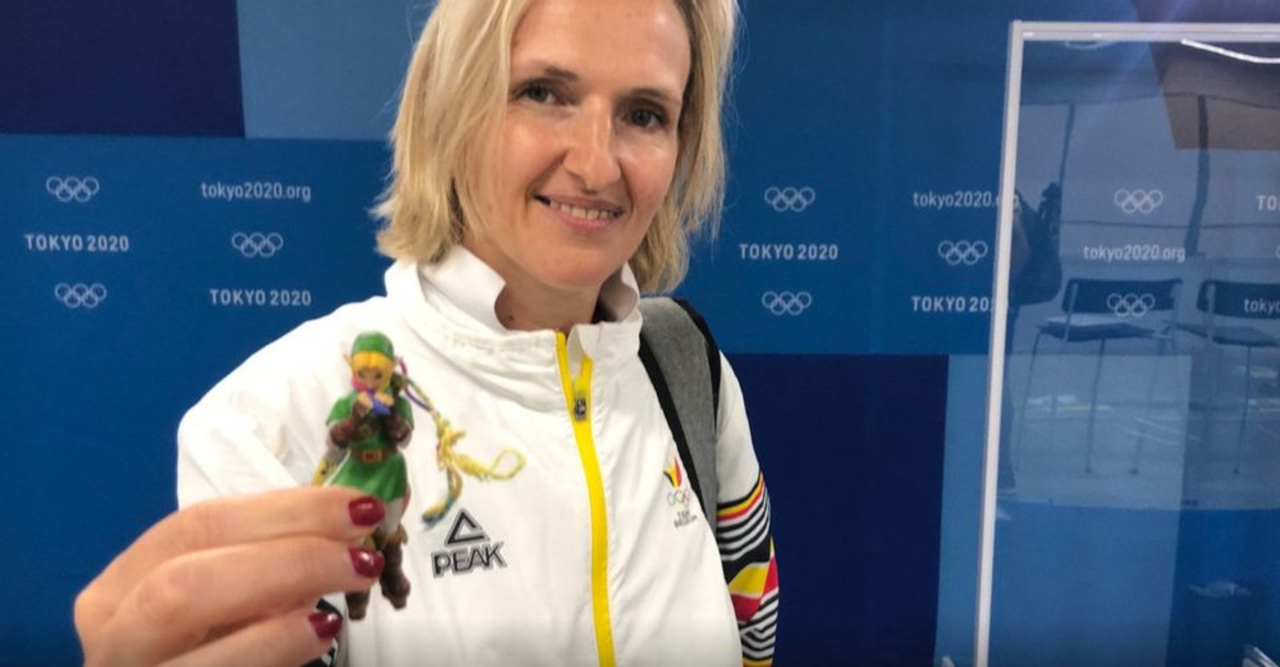 Controversy and speculation have swirled since Nintendo withdrew from the opening ceremonies at the Tokyo 2020 Olympic Games. Many fans felt disappointed and confused by the absence of the gaming giant that has so powerfully shaped the world of video games, particularly given the role the company played in celebrating Japan’s bid and acceptance of the international games. But at long last–Nintendo has made its appearance at the Olympics!

First reported by Nintendeal, Belgian Olympic gymnastics coach Marjorie Heuls (the coach of gold medalist Nina Derwael) posed with the Ocarina of Time Link amiibo. Coach Huels has kept an Ocarina of Time Link amiibo with her since 2017, when her son and daughter gave the gaming collectible to her as a keepsake. At the time, Derwael won the bronze medal at the Montreal World Championships; since then, the amiibo has been a bit of a good luck charm that Marjorie Huels has kept close at hand. Given that Derwael won the gold in the recent Women’s Uneven Bars event, perhaps it’s working!

Link at the #Olympics

Nina Derwael (Belgium) won gold on the uneven bars, and her coach has had Link as a good luck charm since 2017 pic.twitter.com/rBjkR7DLJz

Of course, the feel-good story didn’t last long; Zelda fans on the internet apparently began venting frustrations over the amiibo being detached from its base, effectively damaging a hard-to-find collectible beyond repair. Additional controversy arose as fans discovered Coach Huels allegedly referring to Link as Zelda, as quoted by the Belgian news site HLN; however, it’s possible this was simply a translation error or a possible miscommunication.

Tell us what you think! Were you surprised to see Huels and Derwael posing with Link at the Olympics? Share your reactions in the comments below.

Note: This story has been updated to correct attribution and factual errors. Thanks for the tip, Lukas!

Comments
Sorted Under: Games, News, Ocarina of Time, The Legend of Zelda, Zelda Fan Content
Tagged With: No tags were found for this entry.