Zelda Runners – Slide to the Left! 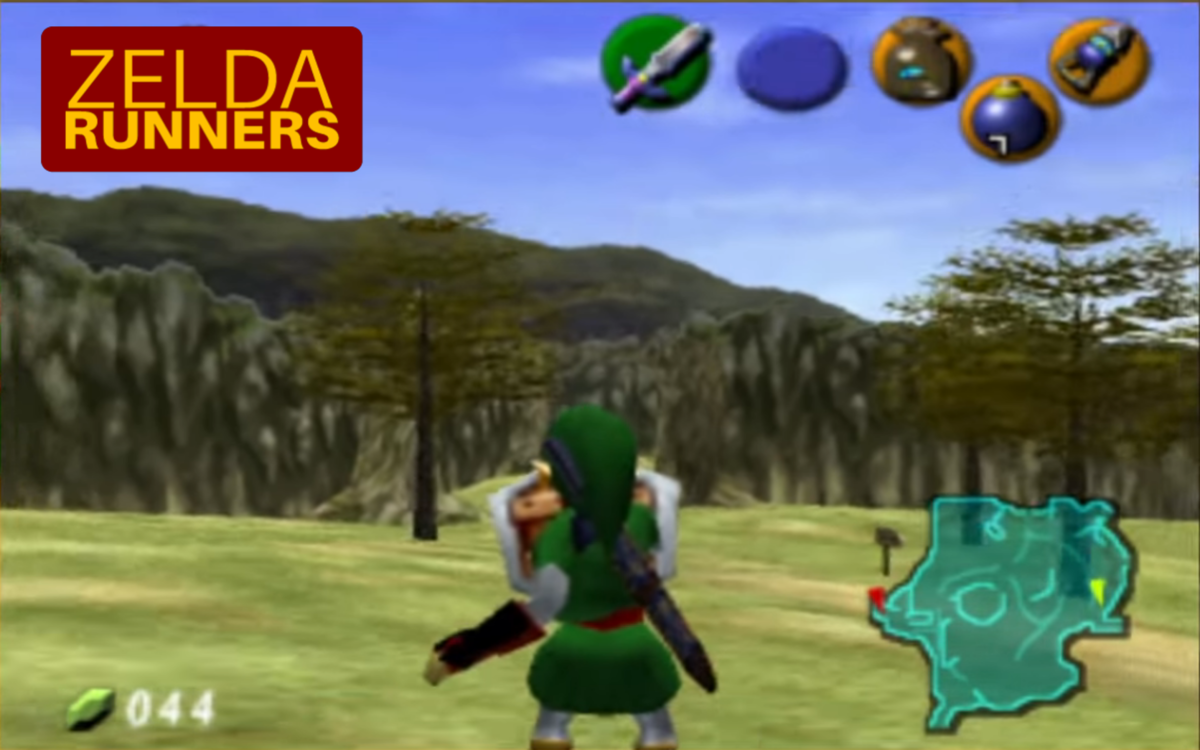 Hello, and welcome to the first Zelda Runners of the new decade! I hope you all had a lovely break over Christmas, and are ready and raring to go this year! Today, we’ll have a brief recap of Awesome Games Done Quick 2020, and taking a look at some of the movement options used by Ocarina of Time runners. So, without further ado, let’s get started! 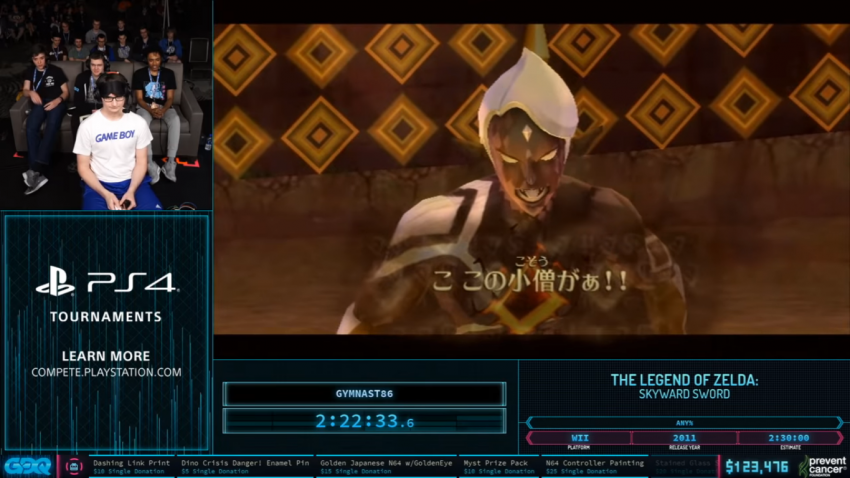 This week saw the end of Awesome Games Done Quick 2020, one part of the bi-annual speedrunning charity event which raises money for the Prevent Cancer Foundation, and Doctor’s Without Borders. This year the event raised just over $3 Million, bringing the total raised over 10 years of the events to $25 Million. The event this year included a classic Zelda relay race, and a very impressive Clone Hero showcase. One of the biggest runs of the final day was a Crowd Control Randomizer A Link to the Past run by Andy, which alone raised over $300,000 in just under 5 hours. You’ll be able to catch all of these runs, and anything else you might have missed, on the Games Done Quick YouTube channel when they’re uploaded shortly.

It’s no secret that Ocarina of Time is one of the most broken Zelda titles when it comes to speedrunning. A multitude of glitches within the game’s engine, along with the community’s deep understanding of the game’s mechanics, has brought the game’s Any% time down to under 20 minutes. In runs like this, there’s not much time for regular movement.

On the other hand, the game’s longer categories, such as 100% and MST, give movement techniques time to shine. And there’s quite a few of them! To give some sort of context, Child Link’s base walking speed is 8.25, and Adult Link’s is 9. In general, backwalking or sidehopping is faster (12.375/13.5 for Child and Adult respectively), and Epona trots at between 12 and 14, and sprints at 20. As far as normal movement techniques go, this is the fastest method of travel. 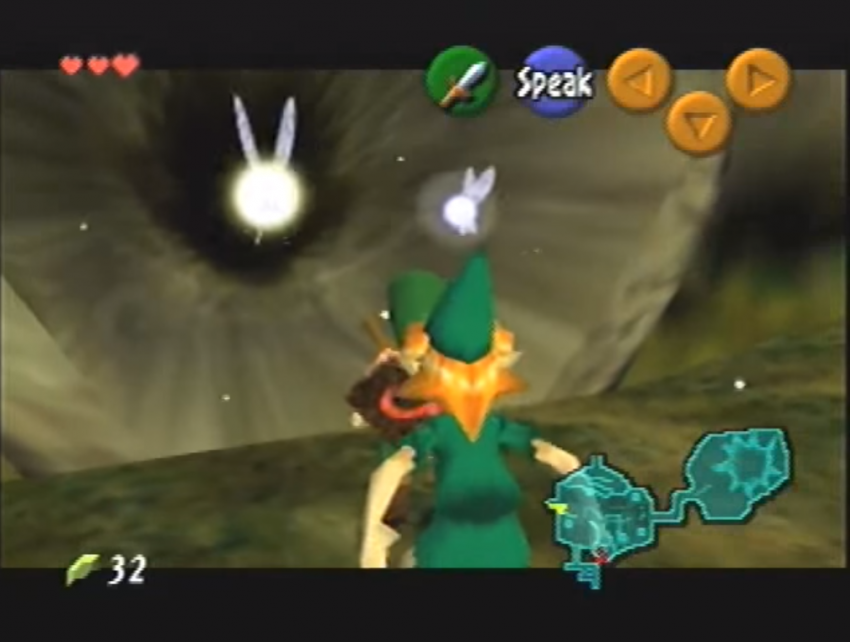 But that’s not where the story ends (obviously, otherwise this would be a very short and pointless Glitch Exhibition). By far the fastest movement technique is the Superslide. This sends Link sliding off at huge speeds (27, to be exact), and can be used to clip through walls, skip cutscenes, and just travel around quickly.

There are various methods to perform a superslide, the easiest of which involves activating Nayru’s Love then performing a Ground Jump. I’ll give you the benefit of doubt and only explain the latter of these. To perform a Ground Jump, hold Z and drop a bomb. Move back slightly, but make sure you stay close enough to the bomb that “grab” is still displayed, then take out your sword (a Deku Stick will also work). Hold R, then press A and wait for the bomb to explode. This should trigger the slide.

Bombs can also be used to perform a slide. Hold Z, pull a bomb, and after a short pause, shield drop the bomb in front of you. Roll forward, then backflip and, after the bomb starts flashing faster, roll forward and mash A. The timing for picking up the bomb after your roll is slightly tighter as child, but still possible. Enemy attacks can also be used in place of the bomb, provided they don’t knock Link back, and can be blocked with the shield. Simply find a grab-able object, hold Z and R, and roll forward so that the enemy hits Link just as the roll ends. 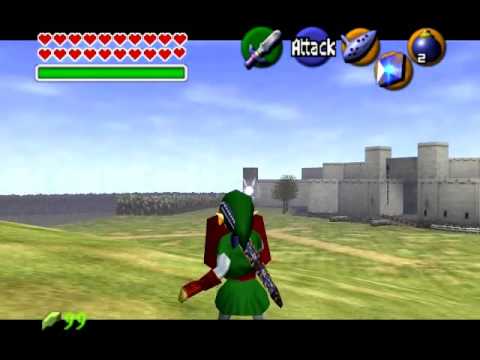 A variation of the superslide, known as the Extended Superslide, is sometimes used. This isn’t nearly as fast as a regular slide, but has the advantage of being able to change direction during travel. Runners can also pull out bombs and bombchus during it, which can lead into other glitches. To perform an extended superslide, perform a regular slide, but during the setup, very slightly tilt the stick left or right. This very small input is known as ESS Position, and is used in many tricks across most of the 3D Zelda titles. If done correctly, Link’s slide should take him round and round in circles. Simply press Z to lock his new direction, and off he goes!

A slightly altered version of this glitch can be performed in water. Known as a WESS (take a wild guess at what the W stands for), Link performs a jump slash into water, and in the same movement is recoiled back out. If the player holds ESS Position during this, Link will slide off at a speed slightly higher than that of a regular Extended Superslide.

Finally, the variation known as a HyperExtended SuperSlide (or HESS) seems to combine the best of both worlds, with the speed of a regular Superslide, but the direction changing of the Extended version. To perform a HESS, activate Nayru’s Love, tilt your controller to ESS Position, raise your shield, then get hit by a damage source (like a bomb).

Of course, this isn’t all Ocarina of Time runners do – they have enough tricks up their sleeves to fill two of these articles whole. Here’s a quick run down of some of the other commonly used movement techniques.

No events to announce this week, to give you a little time to rest after the excitement of a GDQ. There is, however, time to show off the new mini-section at the end of my articles. Sure, Breath of the Wild had loads of weird and wacky things to show off, but so do all of the other games! At the end of each article, I’ll link a clip of something unexpected going on in a Zelda game from the previous week. Starting with this cracker –

Hey, when you gotta go, you gotta go! And I’ve gotta go too, so I’ll catch you all in the next article!

Euan is the host of Zelda Dungeon’s Speedrunning series, Zelda Runners. He can be found on Twitter, and he’s just eaten 9 mini-mince pies in an hour and is regretting some to all of his life choices.

Comments
Sorted Under: Ocarina of Time, Original Content, Slider, The Legend of Zelda, Zelda Runners
Tagged With: No tags were found for this entry.