Gossip Stone: Will Ganondorf Return as the Villain in Zelda Wii U? 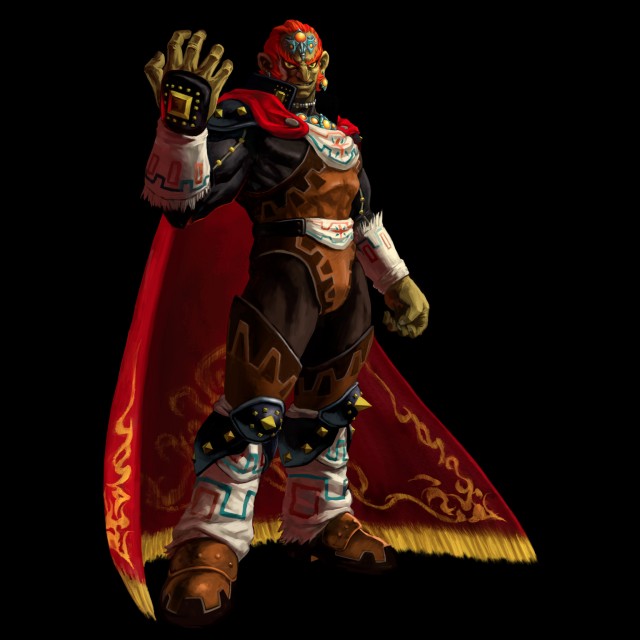 In the E3 Trailer for Zelda Wii U the gauntlets Link wears are similar in design to the Gerudo armour worn by Ganondorf in Ocarina of Time, hinting that the Gerudo race may play a part in the upcoming title or that the game may be relatively close to Ocarina of Time in the Legend of Zelda Timeline. Ganondorf is the most recurring main villain in the console series and by far the most memorable to long time players of the series.

Do you think the Gerudo King will make an appearance as Link’s nemesis this time around? I’ll discuss after the jump.

I feel Ganondorf has been somewhat overused and underdeveloped as a character in the Zelda series. His role is reminiscent of the strong silent type of bad guy. For me, the issue I have with Ganondorf’s character development, specifically in Ocarina of Time, is that he is portrayed as the almighty being that can not be thwarted without the use of a kryptonite, in this case the Master sword. His character in The Wind Waker became much more relatable due to the art style making him look slightly softer and the long cutscenes he starred in, which offered an in-depth look into his thought process as he explains what it is that drives him mad over the powers of the Triforce:

“My country lay within a vast desert. When the sun rose into the sky, a burning wind punished my lands, searing the world. And when the moon climbed into the dark of night, a frigid gale pierced our homes. No matter when it came, the wind carried the same thing… Death.” – Ganondorf, The Wind Waker

It turns out he wanted to create a better life for the Gerudo people, which many of us strive to do for our children. The key to having a great villain is making them flawed or quirky in some way that the player feels attached and hopes their evil plan succeeds, just a little bit.

I am hoping the Gerudo find their way into the Zelda Wii U game so that the player can discover the more about the origin of Ganondorf and what happened to his tribe after The Wind Waker without him having to make a cameo this time. There are other villains that have only made appearances in handheld games, like Vaati, Onox and Veran, that could use a console rebirth as well. But, as much as I love the Gerudo Tribe and Zelda handhelds, I wish that Ganondorf would take a back seat to a completely new evil that makes multiple appearances throughout the game. Much like in Ghirahim’s instance, it would allow further development of the villain’s personality and a chance to relate to them as the game progresses, before smiting them with the Master Sword, of course.