Why Tingle should be playable in the next Super Smash Bros. 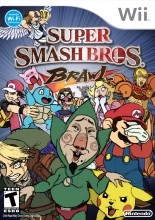 Later this year, Nintendo’s all-star heroes and villains will assemble once more to duke it out in new Super Smash Bros. games for the Wii U and 3DS. An impressive line-up of characters has already been confirmed for both titles, including three Zelda mainstays: Link, Princess Zelda and the always adorable Toon Link. With plenty of time left for Nintendo to unveil more challengers, it isn’t unreasonable to expect Princess Zelda’s alter-ego, Shiek, or Link’s nemesis, Ganondorf, to return as well. There is, however, one additional Zelda character who I think deserves a spot on the roster this time around. I’m speaking of none other than Link’s infamous map-making pal, Tingle.

Find out why I think the Zelda series’ ultimate eccentric is Smash Bros. material after the jump.

A 35-year-old man with an unhealthy interest in fairies, Tingle is without a doubt one of Hyrule’s strangest denizens. Depending on whom you ask, he is either an endearing oddball or a deranged freak. For many American Zelda fans, the mere mention of his name inspires revulsion and outbursts of rage. Meanwhile, he is popular enough in Japan to star in his own spin-off series, starting with Freshly-Picked Tingle’s Rosy Rupeeland. Truly, if there was ever a representation of the stark cultural differences between Japanese and American Zelda fans, it’s Tingle.

No matter which side of the Pacific you’re on, there is no doubt that Tingle holds a prominent place in gaming culture. You’d be hard-pressed finding a reasonably informed gamer who doesn’t know who he is. This wide recognition alone should be enough to land Tingle a place among the Smash Bros. fighters. It’s hardly an exclusive club, after all. The Ice Climbers have made it in consistently, despite not being relevant since the 8-bit era. And even Nintendo’s Shigeru Miyamoto doesn’t see much of a future for popular Smash Bros. challenger, Captain Falcon.

Compared to these gaming has-beens, Tingle is practically a super star. He’s a recurring character from one of Nintendo’s most popular creations; a gaming icon recognized (and often derided) by thousands. If Nintendo thinks the Wii Fit Trainer is a worthwhile addition to their blockbuster fighting series, it’s hard to argue against the merit of Tingle’s inclusion.

At its heart, Super Smash Bros. is a celebration of Nintendo’s history and the beloved games that made the company what it is today. Its playable challengers are delegates for their respective series, representing the most memorable aspects from them. Link and Princess Zelda have obviously been with the Zelda games since the beginning, while Ganondorf is by far Link’s most recognizable villain. Toon Link, on the other hand, represents a major art style shift that is still debated to this day. The important point to take away from this is that each of them covers important milestones in Zelda’s evolution. 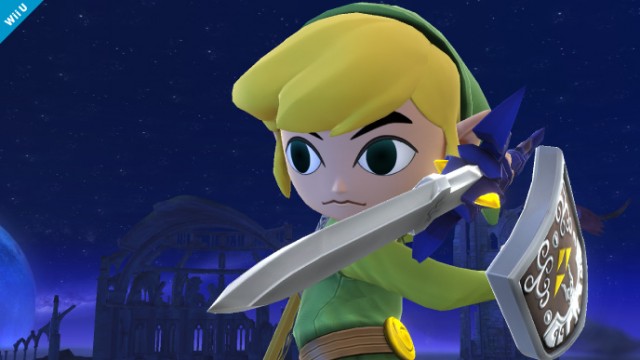 Try and argue that Toon Link doesn’t look cool here. I dare you.

Some might argue that there are countless Zelda characters that deserve a spot in the line-up more than Tingle. Surely the likes of Vaati, Ghirahim, or Midna would make better combatants than that green, tights-wearing buffoon? Thinking like this, however, ignores Tingle’s recurring presence in the series. He’s appeared in five games in the main Zelda chronology so far: Majora’s Mask, Oracle of Ages, The Wind Waker, Four Swords Adventures, and The Minish Cap. For a Zelda character who isn’t called Link, Zelda, or Ganon, this is an impressive record. It shows that Tingle has clearly made a mark on the Zelda franchise over the years. 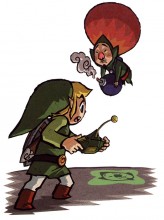 Now I admit that Tingle isn’t exactly a fighting-oriented figure in the Zelda universe. The closest he’s come to taking a combative role in the main series is the aerial Tingle Tuner bomb strikes in The Wind Waker. This doesn’t mean he couldn’t be made into a compelling fighter, however. Just look at Princess Peach. Hardly a seasoned brawler in the Mario games, but in Super Smash Bros. she’s as competent as any of the other challengers. If Nintendo can come up with a compelling list of moves for R.O.B., a glorified novelty peripheral for the NES, then the developer has the chops to do Tingle justice.

In fact, there’s great potential to make a playable Tingle widely different from the other combatants. His most obvious asset would be his red balloons. Inflating them on the fly would work as a useful recovery move, similar to Pit’s Wings of Icarus or Kirby’s aerial maneuverability. Dropping bombs from the sky is another no-brainer idea, and if the developers want to tap into Tingle’s rupee obsession, they could have him throw the multi-colored gems as his standard special move, similar to Dr. Mario’s Megavitamins attack in Super Smash Bros. Melee.

Besides all of these possible attacks, Tingle’s famous catchphrase (and the twirling confetti dance that accompanies it) would be the best taunt in Super Smash Bros. history. Tormenting opponents with repeated chants of “Tingle, Tingle! Kooloo-Limpah!” would be a blast.

Also helping Tingle’s case for inclusion is his multiple appearances in Super Smash Bros. already. He first appeared in the Great Bay stage in Super Smash Bros. Melee, floating above the fighting platform in his hideous N64-era glory. Far from a mere visual cameo, players could interact with him by bursting his balloons, sending him crashing into the ground or sea. His mere presence is said to inspire mid-battle truces as players shift their attention to attacking Tingle. Considering how competitive Smash Bros. players can get, this is a worthy feat indeed.

Super Smash Bros. Brawl later introduced Tingle as an Assist Trophy, making him a summon-able participant in the game’s matches. This practically leaves only one more step to take before making him a full-fledged playable character.

Now I understand that Tingle isn’t exactly a universally beloved character. He’s been soundly criticized over the years by both die-hard fans (who, let’s face it, are always upset about something) and gaming news outlets. IGN’s 2004 “Die, Tingle, Die! Die!” campaign is only one such case. The hate for him, however, seems to have died down in recent years. Being relegated to a plush toy cameo in Skyward Sword could be one reason for this, but I also would like to think that fans are more willing to accept Tingle as the unforgettable character he is.

Frankly, Smash Bros. could use someone fresh and recognizable to reinvigorate its ensemble of Zelda characters. Having only the series’ mainstays return would make for stale pickings, and Tingle’s inclusion would bring something new to the table. Nintendo shouldn’t hesitate on including him simply because of his lukewarm reception by American audiences so far. No one is going to boycott the next Super Smash Bros. game just because Tingle joins the roster.

Making  Tingle playable would be a win-win scenario for both his friends and foes. Gamers who actually like him –yes, we do exist- can relish using him as a tool to humiliate our opponents. Those who still harbor ill-feelings for the portly middle-aged man in green tights can meanwhile enjoy clobbering him with the game’s arsenal of assorted weapons. What self-respecting Tingle-hater wouldn’t want to barbecue him with a Fire Flower, or send him flying with a satisfyingly timed charged strike from the Home-Run Bat? I suspect the answer is very few.

How would you feel if Nintendo made Tingle playable in the upcoming Wii U and 3DS Super Smash Bros. games? Feel free to discuss this and other Tingle-related matters in the comments below.