Who is The Minish Cap’s Vaati? 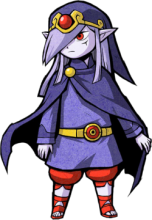 Sorry about the absence of this editorial last week, I was quite busy, and by the time I was no longer busy, it was too late to get this editorial done in time. But, no matter, because here it is now. With this editorial, I once again get to look at a detailed character who makes their own decisions, so hopefully this one should be more interesting than my past several editorials. In case you have not played or completed The Minish Cap, I must warn you that is editorial will contain lots of spoilers, so read on with caution.

In The Minish Cap, we finally see Vaati’s background and ‘upbringing’. It is revealed that Vaati was once a Minish. As a Minish, Vaati was the apprentice of Ezlo, a Minish Sage and creator of a magical cap that would grant the wearer one wish. Over time, Vaati slowly became obsessed with the evil in the hearts of men.

I have always been curious as to which aspect of evil that intrigued Vaati; was it the idea of evil, the things that evil could drive a person to do, or the power that is associated with evil beings? Given that Vaati is searching for the Light Force in this game, only to make himself more powerful, the latter option is a given, but I can’t help but feel that there is more to it than that. Also, after initially becoming obsessed with evil, he’d learn more about it, so, surely, after gaining such a great understanding of evil, Vaati would recognize that he, himself, is evil, right?

Perhaps Vaati feels that he is not evil? After all, a trait of evil people is the desire to see others suffering, whereas, in this game, Vaati appears to want nothing more than to make himself more powerful. Everybody wants to be more powerful, to not be looked down upon; does that then make us evil? To fully discuss that, we’d have to go into a deep conversation, debating the good and evil aspects of human nature, and that’s not why we’re here. Instead, there’s the simple fact that Vaati is evil, for various actions that he has or will perform.

In one my recent editorials, I theorized that Vaati, as he appears in Four Swords, is nothing but the remaining rage and anger of Vaati, as we know him in The Minish Cap. Vaati even had this quote for us:

“My name is Vaati. I am the great Wind Mage. The seal is broken… so I shall rage yet again!”

One of the few things that Vaati remembered from his past life was that he, well… raged. This would suggest that Vaati was quite angry in The Minish Cap, and that he did want to see others suffer. He certainly did when he turned Ezlo into a cap. And instead of simply imprisoning Zelda, so as not to let her get in the way, Vaati felt it necessary to turn her to stone.

With those actions and ideas in mind, and considering Vaati’s apparent understanding of evil, Vaati must’ve realized that he is an evil person. A lot of people, when they realize that they are evil on the inside, they do their best to fix it. But Vaati? Hoh no… this guy just has to be evil. He understands what it is to be evil, therefore, he must know that what he is doing is evil, and because he doesn’t stop, we’re left with one simple conclusion: Vaati enjoys being evil.

But Vaati is also intelligent. He’s not going to just mindlessly destroy things for the fun of it until he gets what he wants. No, he’s going to be calm and logical about the situation. To aid in his search for the Light Force, Vaati knows that he can’t search the whole land himself, so he possesses the King, and, through him, orders the soldiers of Hyrule Castle to search the land for the Light Force. Not long after, Vaati discovers that the location of the Light Force will be revealed only when the Picori Blade is reforged. It just so happens that his adversaries, the young boy, Link, and his old master, Ezlo, are out and about in the land of Hyrule at this very moment, attempting to restore the Picori Blade. 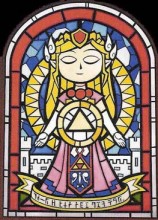 A lot of bad guys usually just want to remove their adversaries so that they can do whatever they want. But why remove your adversary if they’re doing what you want? Indeed, Vaati understands how foolish it would be to kill Link and Ezlo now, so he simply lounges around while they do his dirty work for him. And why shouldn’t he? He’s got time to kill. However, Vaati should’ve removed Link and Ezlo. It would’ve meant more work for him, yes, but at that point, Vaati could’ve removed them. Instead, Vaati foolishly assumed that he would still be able to defeat Link after Link had reforged the Picori Blade and restored its maximum potential. Or did he?

Having somehow been able to know the progress that Link and Ezlo had made, Vaati shows up when the Picori Blade is reforged and becomes the Four Sword. At that moment, they find that the Light Force resides within Zelda, and Vaati immediately rushes off to find her first and get the Light Force before Link can stop him. Now that is foolish: leaving something to the last minute. Vaati was counting on the fact that he’d be able to get to the location of the Light Force before Link, which wasn’t a certainty.

And as it turns out, Vaati doesn’t even get to absorb the full Light Force from Zelda before Link shows up to take him down. Vaati uses the power he has from the portion of the Light Force that he’s absorbed to great effect, as Link has to defeat him several times before Vaati is truly defeated, and even then, Vaati isn’t killed, and Link is forced to seal him away in the Four Sword.

As you can tell from this last part, Vaati is intelligent, but not all-knowing. I mean, everybody makes mistakes, but, he must’ve known there would be a good chance that Link would beat him to the Light Force. And with Link having faced great odds in his quest and pulled through, there was 50/50 chance that Link would defeat him. It would’ve been smarter to take care of Link after he had claimed the final element required to reforge the sword, and then gotten the sword reforged himself, so that only he knew the location of the Light Force. That way, the Light Force would’ve been all his, and there would’ve been nobody to stop him. 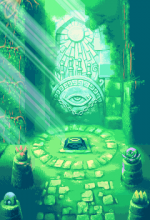 But yes, everybody makes mistakes, and this mistake was Vaati’s undoing. We know that this isn’t the end of Vaati, though. We know he returns twice more to wreak further havoc, but we were here to discuss Vaati in The Minish Cap, and that’s what we’ve done. What do you guys think? Do you think it was wise of Vaati to let Link reforge the Four Sword for him? Do you think Vaati enjoys being evil? Let me know in the comments. Next week, I’ll bring you my last ‘Who is?’ editorial for The Minish Cap characters, in which I’ll take a look at The Minish Cap’s Zelda and Ezlo. Until then, Zelda Dungeoners!