We Catch Up With The Guys at Limited Run Games to Talk Switch Titles, Game Collectors, and More! 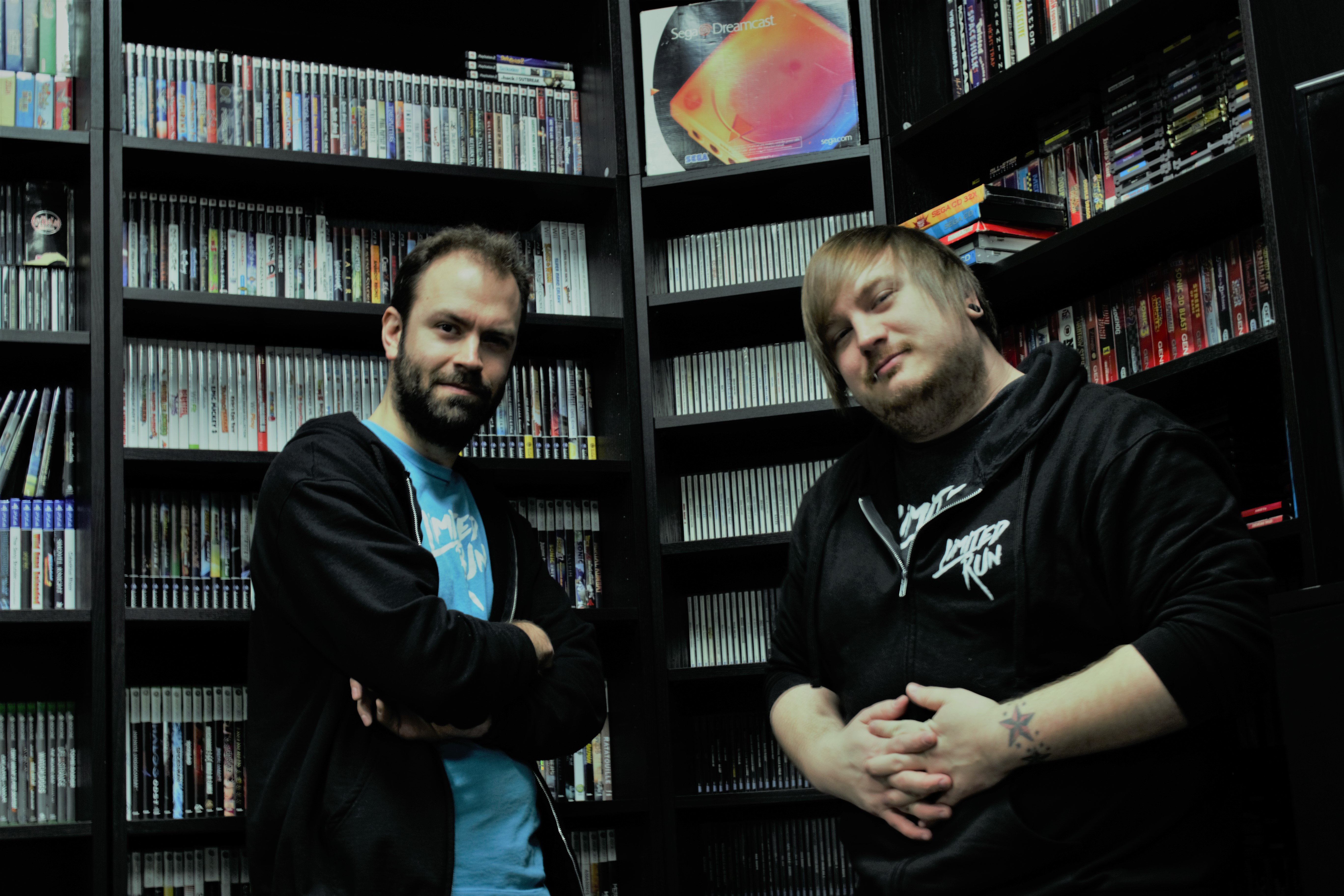 I’m a weird kind of guy. With more and more people moving towards the convenience and affordability of buying their video games digitally, I’ve started buying more and more physical copies of my games – and if one doesn’t exist, I go so far as to make a case for it myself. My Switch shelf is full of cases with no games inside of it – objects who’s literal job is to sit there collecting dust, giving no one but myself the satisfaction of just being there. This type of collector-ism (did I just make up a word?) seems to fly in the face of the way the games industry seems to be heading.
Perhaps that’s why I feel a kinship with the work that Limited Run Games does.
As the name implies, Limited Run Games (or LRG for short) is a publisher of previously digital-only games. I was lucky enough to catch up with Douglas Bogart, one of the founders of LRG, to pick his brain from one game collector to another. During our chat, we talked about everything from how the process of bringing a title to life physically works, to the selection process, our theories on why the PS Vita was a flop, to what kind of crazy game room he has. Check it out below!
—

Andy: Thanks for making time, it’s a pleasure! So, diving right into it – in your own words, tell me about the history of LRG.

LRG: Limited Run Games started as a publishing off-shoot of Mighty Rabbit Studios. At Mighty Rabbit we were out of contract work and all we had left was a bit of money so we took a loan out to preserve the one game we had on PSN, Breach & Clear on Vita. We created a brand (Limited Run Games) so that we could sell the game and possibly create a new company if this took off. We had very little marketing and put the game on sale on October 29th, 2015. The game somehow sold out in 108 minutes and we knew from there we had something and here we are! 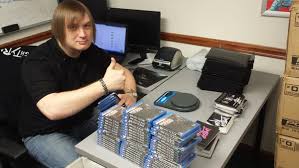 Andy: When did you realize that there was a paying market for people (like myself) who love to collect physical cartridges of digital games?

LRG: We noticed that people were still buying retro games at the time and places like Fangamer were selling games published by others so there was clearly a market but we weren’t sure until our first game sold out.

Andy: I actually order cases from Nintendo and make custom labels for my digital games that haven’t had a chance to go physical yet – is there anyone at LRG as weird as me that does this? Haha

LRG: We’ve done that before! We mainly did for games we would find physically that were no longer complete.

Andy: What does the process look like publishing some of these titles? Do you reach out to developers, do they reach out to you, or is it a case by case basis?

LRG: We keep an eye out for games we think we would great for a physical release! We usually reach out to devs but now they reach out to us. So it’s definitely a 50/50 split.

Andy: How do you guys gauge how many copies to produce of a certain title? I took a look and it seems to me the 2,500-3,000 number is the sweet spot, but then I see some Switch titles with 7,000 copies produced. 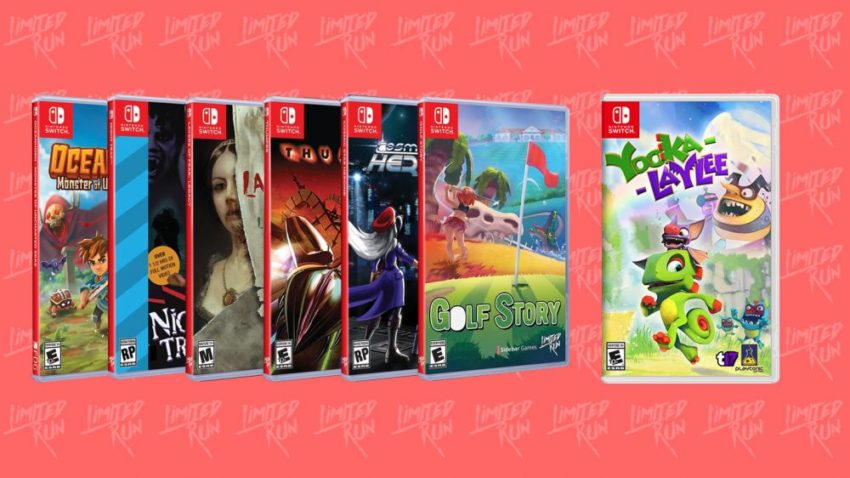 LRG: For Switch, we tend to do at least 5,000 copies, but since Switch titles are open preorders for two weeks we can sell up to 17,000 copies! For PS4, we have to really watch how our social media reaction goes and what the title is. Our low end tends to be 2,000 copies but can go up depending on the title.

LRG: I think to be able to work with Oddworld Inhabitants on Oddworld New ‘n’ Tasty as our first third-party title will always rank really high for us! We felt it was the game that legitimized us and put us on the map. Everyone there is super cool and easy to work with. We’ve now done 3 titles with them and each one is always a big hit with our fans!

Andy: Obviously you guys have been publishing games on the PS4 and Vita for years, but with the recent big successes of Yooka Layley and now Golf Story, would it be fair to say that the Switch is gaining ground as maybe the ‘premiere system’ to release these previously digital-only titles on?

LRG: The Switch has definitely become our fans platform of choice. The demand is about double to triple what we see on PS4/Vita. That being said, we started off with Sony so we will continue to sell PS4/Vita games for as long as we can and as long as there is a market. We are big fans of Sony and everyone there!

Andy: On that note, is there any plans for LRG to work with Microsoft in the future ? 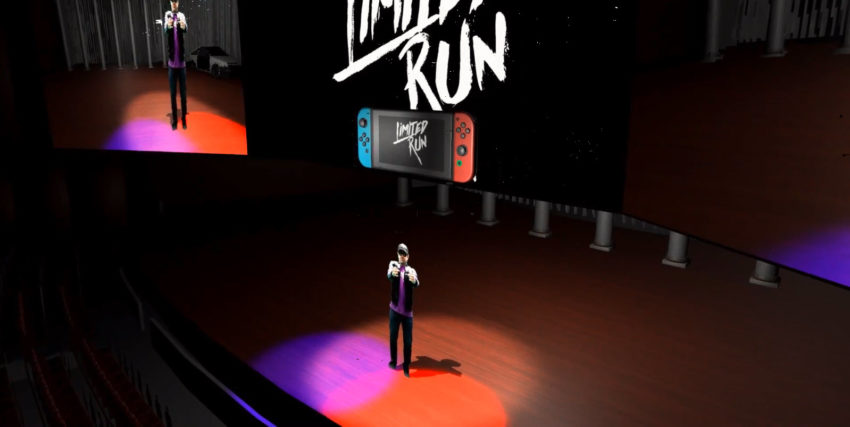 Andy: A few weeks back, you had said that a Wii U game was on the horizon, with the company losing “a lot of money” in the process. Can you give us any clues about what this game might be?

LRG: Unfortunately, we cannot talk about this game too much as we are possibly going to have to deal with some legal stuff.

Andy: It seems to me that you guys probably have some pretty awesome gaming collections. Describe how your office and gaming space might look like haha.

LRG: People say it looks like a toy store! We have games and toys lining our shelves. Everyone’s office definitely reflects their tastes and love for physical stuff!

Andy: Limited Run Games have put together some pretty unreal special collector editions. Outlast, Layers of Fear, even Toejam and Earl pack an amazing amount of content in. How does putting all these incredible extra goodies come together?

LRG: We try to find one big item that makes the CE feel special then bolster it with things people want in every CE like a soundtrack, poster, etc. We have some really good printing partners nearby so it’s easy to go back and forth with them to make sure the quality is up to par with what you would see in stores. 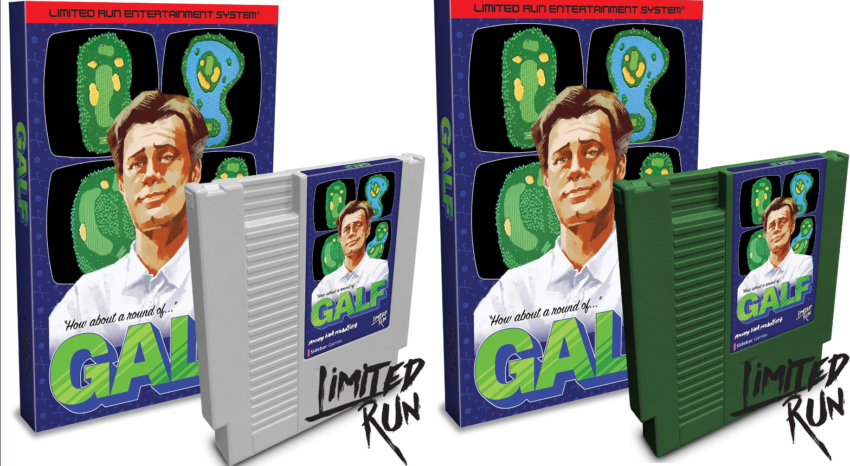 Andy: And speaking of incredible extra goodies, who’s hand do I need to shake for GALF?? Walk us through the process of bringing Golf Story’s mini-game to an NES cartridge – who pitched the idea, how did you make it happen, how was the response, and is this something that’s been successful enough for you to consider in the future?

LRG: We pitched the idea to Sidebar and they were very interested in seeing in it. So we then brought it to our friend Tomas Guinan of Eskimo Bob fame who had experience making NES games. He did such an amazing job in such a short amount of time! We definitely didn’t expect to sell out of GALF so quickly as there was no precedent of a homebrew selling that many copies or that fast. So in the future, we would definitely try to have more stock! We loved this project and would love to do more things like it!

Andy: Here’s a few out-there questions for you. I know you guys are big fans of the Vita. Do you have any theories about why the handheld maybe didn’t take off?

LRG: I think one of the biggest reasons is it didn’t have anything huge exclusive-wise. Someone pointed out to me the reason the PSP did so well (at least in Japan) was that it had Monster Hunter. When Sony let Monster Hunter go to Nintendo, I think they kind of sealed their fate. You also have Final Fantasy VII Crisis Core on PSP – another AAA game – whereas all Vita got was a port of Final Fantasy X/X2. PSP as a whole just seemed to have much more support, and I think not having those AAA and first party titles really hurt the Vita. It’s a shame because the games the Vita did get were amazing and it was/is a great piece of hardware. But without those heavy hitters, you won’t get enough customers to keep it going. 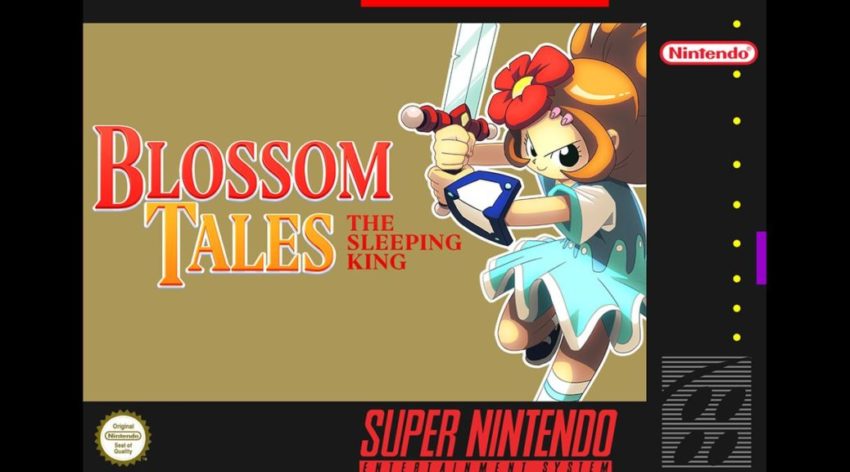 LRG: Blossom Tales was published by our good friends at FDG. I think it’s very possible that we do something akin to Oceanhorn where they publish the physical version themselves and we will sell it.

Andy: More and more, I see people refer to LRG not only as a publisher, but also as a brand that sells not only gaming merch, but your own as well. Was this something you intended, or was there a demand from gamers to rep the LRG brand and you accommodated them?

LRG: We felt this was a natural evolution. Collectors come to us so it felt like the next step was giving them ways to play retro games. We have a lot of overlap and it was clear to us when creators of these retro products started contacting us regularly.

Andy: Speaking of, your logo is super cool, kind of has that 90’s WWF vibe to it. Who designed that bad boy?

LRG: We were going for an 80’s punk look, but that’s a cool comparison! Josh (LRG’s other co-founder) was the one who designed it.

Andy: I’d hate myself if I didn’t try and pry some secret info from you while we’re chatting – what’s 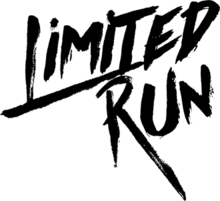 next for the LRG team?!

LRG: We have some really big titles coming soon and more retro stuff! We think 2019 will be our biggest year yet!

Andy: Reflecting on the last couple years, what would you say your biggest accomplishment would be, and is there anything that you might do differently if given a second chance?

LRG: Our biggest accomplishment would probably be branching out to Nintendo and having our games on 3 platforms. I would also say the amount of money we’ve been able to make for developers is a big accomplishment. If we could do anything different we would probably have decreased our output on Sony. We definitely released a lot, and while we think we put out some great games, it’s clear it was a lot for our fans to keep up with.

Andy: The million dollar question: what does the future look like for LRG?

LRG: Looks very bright! We got some of our games in retail now, but those are still limited, we have some HUGE titles coming, and more retro stuff!

Andy: Thanks so much guys, I can’t say enough how much I love what you guys do!

LRG: It was a pleasure!

—
A big shout out to Douglas for taking the time to chat with us. From a video game collectors eyes, Limited Run Gaming might be the coolest thing going on in the indie game scene! Check out LRG’s store site to check out their latest releases, merch, and more, and be sure to check them out on Twitter for updates!

Andy Spiteri is the Editor-In-Chief of Zelda Dungeon. Since discovering Limited Run Games, he’s bought nearly every digital game for the Switch he owned again. You can make his wallet feel better by following him on Twitter.

Comments
Sorted Under: Editorials, Games, Original Content, Slider, Zelda Like
Tagged With: No tags were found for this entry.