The Women of Legend: Din, Nayru and Farore 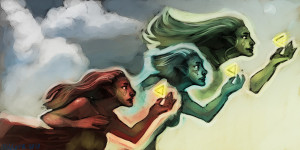 All well-learned Zelda fans know the story of Hyrule’s creation, and by extension, the Golden Goddesses that brought our beloved fantasy world to life thousands of years ago. Interestingly, the Goddesses typically go totally unseen, and almost totally unmentioned, in most of the series, despite their three sacred triangles being so prominent. They have, however been seen in human form a few times, possibly with direct connections to the original gods, but other than that, they remain a mystery. Perhaps we will see them again in a more significant role in the future. Until then, hit the jump to look back at their few appearances and actions, as well as what Din, Nayru and Farore may do in the future. 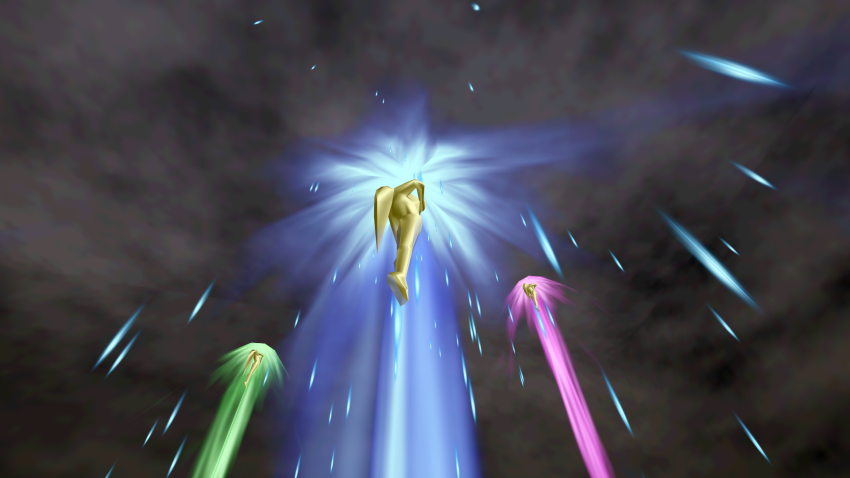 “Before time began, before spirits and life existed… Three golden goddesses descended upon the chaos that was Hyrule…” — Great Deku Tree 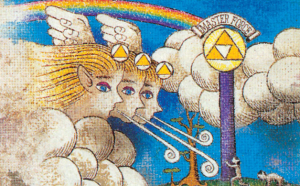 The goddesses of power, wisdom and courage, Din, Nayru and Farore, respectively, have been around since the N64 days, where we learned the classic story of Hyrule’s creation. Din, with her great flaming power, molded the earth into shape, giving Hyrule a base. Nayru used her mighty wisdom to give the world law, order, and physics. Farore, finally, gave the world life, creatures to call the world their own, and to prosper from it. After the last of their deeds was complete, they ascended once again, to the heavens they came from, but not before leaving a great relic behind, the Triforce, the three Sacred Triangles. These three treasures were left in the Sacred Realm, for reasons unknown, and would go on to be the reason for seemingly endless major historical events in Hyrule. The goddess themselves, other than that, are not really mentioned beyond a sentence hear or there. Twilight Princess is the latest series entry to have actual sightings of them, in Lanayru’s vision, to be specific, and after that, nothing. it is a shame, because there is a lot of potential for them to play major parts in a series title. More on that later. 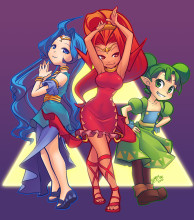 One thing I find especially interesting is the fact that there are people in the world, actual humans, that are named after the goddesses. This is not hugely surprising, as the gods are quite well-known in the world, but both times humans appear with those names, they are in the same general places at the same time. Not only that, but they all have special powers able to effect time and seasons, and even give form to special items. During the Oracle games, Din and Nayru were so essential to the lands of Holodrum and Labrynna that kidnapping and magically imprisoning them drastically altered the flow of time and the changing of seasons. That, and in both games, Farore was able to summon special equipment and items based simply on Link giving her “secrets” from his parallel adventure. In The Minish Cap, they were all in the exact same place, looking for homes, but while they were at it, they offered charms that were capable of increasing Link’s attack power, defense, or both, depending on the girl. This all depicts a great amount of power and influence, and I would say that if these were not the gods themselves in human form, then they likely have some direct connection to the gods in their lineage. I mean, come on. In the The Minish Cap, a very early game in the timeline, Nayru’ figurine says she is “descended from a line of oracles in the land of Labrynna”, likely indicating this fact is true for the other two, and Din’s says she is “famous dancer from the land of Holodrum”, probably meaning the other two also have the same habits as their decedents in the Oracle games. This all seems to mean that these three families, from games on nearly opposite ends of the timeline, have consistently birthed near-identical girls, with near-identical powers and habits. It may be me theorizing a bunch, but that all smells fishy to me. Again, either they really are the gods themselves, or they are connected to them. One of those. Maybe.

Now, of course, people have their theories about what is to come of the goddesses in the future. Sure, other series games have had name-based references, like Twilight Princess‘ Light Spirits, Eldin, Lanayru and Faron, or Skyward Sword‘s Dragons of the same names. Other games have had more subtle visual references, like The Wind Waker‘s statues of the goddesses meant to hold their respective pearls, or Twilight Princess‘ statues of the them surrounding Zelda’s throne. Beyond that, I think it is time to have the goddesses return with actual relevance to the plot, but not just as historical support like in past titles. Sure, as gods, they could very well be indifferent about what occurs in Hyrule and beyond, or of course, they could care a lot about the world, judging by their rare intervention when the Triforce is interfered with. But many fans, including myself, have theories about the gods’ true feelings towards the world. Many think they are out only for themselves.

“They were banished […] by the goddesses.” – Midna on the Twili’s History, Twilight Princess

“YOUR GODS DESTROYED YOU!” – Ganondorf, The Wind Waker

I have noted in the past that I greatly wish for the goddesses to be a part of the series again, but I would like most of all if they could be portrayed how many mediums portray holy entities: full of hubris and with a disdain for lower beings such as mortals. Depending on how you interpret them, the past events detailed in Twilight Princess and The Wind Waker, where the Twili’s ancestors were banished from the world of light, and where Hyrule was flooded, could be interpreted as the goddesses not caring much for the beings of the world, and instead, only acting against those that threaten to steal their golden relic. Yes, Hyrule’s future would be threatened if such actions were not taken, but how many gods from stories of mythology do you know of that have a great love for the mortals of the world they create? Not the majority. YouTubers like ProtoMario and HMK have made videos with this kind of idea, believing that Din, Nayru and Farore are evil, and that a new game could consist of Link rebelling against the gods that basically use him every game. Really, even the gods themselves do not have to appear, but rather they can act as a basis for a major part of the plot. Say, a religious war with each of the goddesses being worshiped by different tribes, like the Gorons in Spirit Tracks mentioning their worship of the “Mountain Goddess”, presumably the goddess of power who created the land. Or, a feud between those worshiping the goddesses, and those believing in a new holy figure in the series. All around, the goddesses could just as easily be a threat to the world as they could be a benefit, and seeing their presence become a less of a sub-point in the overall story, and more of a real danger, could be interesting.

There is no denying, the goddesses are subject to more debate than most characters in the series, and that is true regardless of how little they are mentioned in the games themselves. Are they indifferent towards the world they made? Why create the Triforce in the first place? What can we expect from them in the future? These are everlasting questions, until Nintendo decides to fill in the blanks. But, that’s okay, because it is a sign of good character design when fans constantly throw theories between one another about characters that so rarely show up on-screen, and I must say, if they do show up again, friendly or not, I know that I’m not the only one that would be happy to see them again. 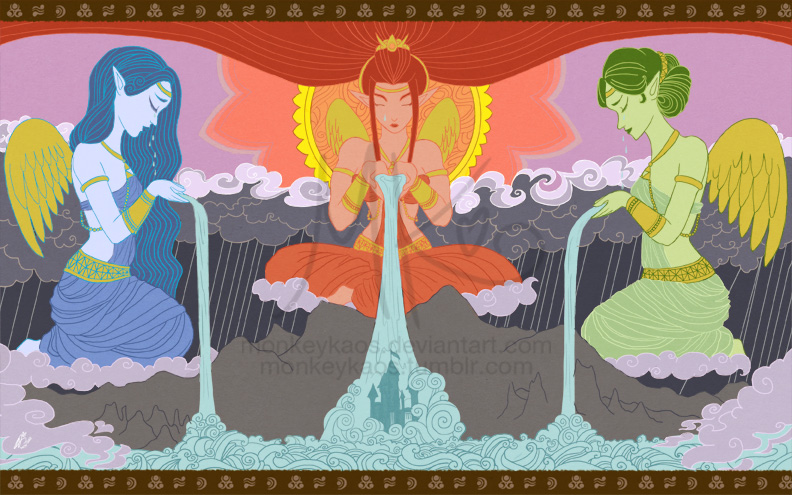 “The three great goddesses, their labors completed, departed for the heavens. And golden sacred triangles remained at the point where the goddesses left the world.” — Great Deku Tree