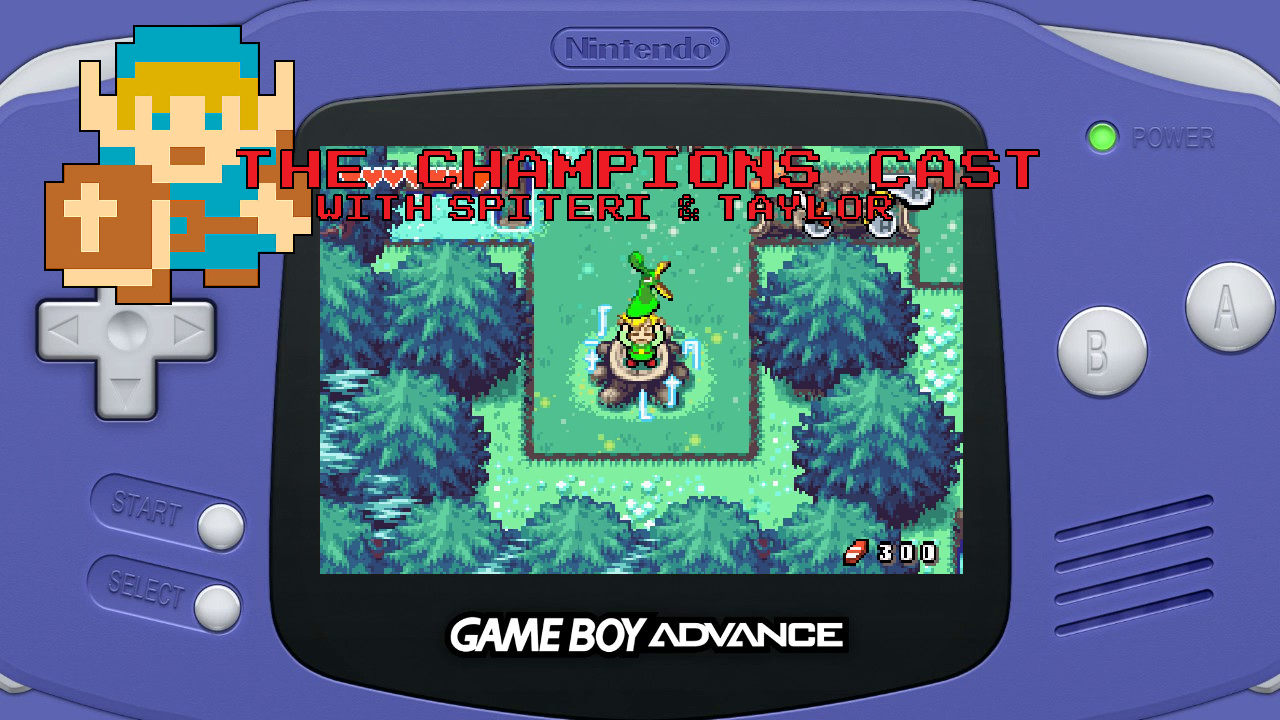 Hey everyone, we’re back once again! This week is more of a Nintendo-in-general focused episode as take a look at the (very few left) games on the Wii U that haven’t been ported over to the Switch that we’d like to see given new life, followed by us diving deep into the word of Game Boy Advance. Taylor and I were tasked with ranking our Top 15 GBA games of all time, which proved to be more challenging than either of us had thought.

Where does The Minish Cap rank among our list? Is The Four Swords a good enough stand-alone game to be included? How many times can Andy call listeners of the podcast “the readers”? It’s all here in Episode 10!

Comments
Sorted Under: Four Swords, Original Content, Podcast, Slider, The Champions' Cast, The Minish Cap
Tagged With: No tags were found for this entry.