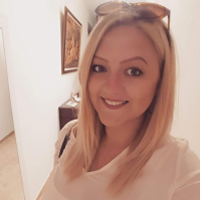 If you need to do something and it takes less than two minutes, then do it immediately! You'll thank yourself later

Hi, my name is Judy and I’ve been a writer for Zelda Dungeon since April 2018. I’m very proud to be from Belfast, Northern Ireland, where the awesome Game of Thrones is filmed! I’m a huge Harry Potter fan and an animal lover. I have a beautiful Yorkie named Boo and she is such an amazing dog! I started playing video games when I was eight years old on my N64, which is when I discovered my first Zelda game and I’ve pretty much been hooked ever since. When it comes to Zelda, I love to discuss the timeline and listening to other people’s views and opinions on it!

My favorite Zelda game is definitely Ocarina of Time. I think this is because it was my first Zelda game and I have so many wonderful memories associated with playing it. I do marvel at Breath of the Wild though, so I think it also deserves a mention as well!