Posted on April 24 2013 by Nathanial Rumphol-Janc

For years I’ve wanted to write an article on the Hyrulean Hierarchy. Not in the sense of the different races and their positions in Hyrulean society, but rather, the hierarchy within the Royal Family itself. I’ve wanted to write an article that could explain why exactly the Royal Family is always structured around the young Princess Zelda, reaching a conclusion on why Hyrule is often under Zelda’s lone rule.

The reason such an article never came to fruition was simple. No matter how I looked at it, there was seemingly nothing to explain Zelda’s role in the Royal Family. Sure, she is the series’ titular character and The Minish Cap established that she contained a sacred power within her, but none of that ever explained why Zelda was always the very person the whole Kingdom was structured around.

It had to be penciled in as just another mystery of Zelda. Now, however – like so many other mysteries in The Legend of Zelda – Skyward Sword provides the long-sought answers and I can happily write my article. With Skyward Sword revealing Zelda’s identity as a reincarnation of Her Grace, the Goddess Hylia, not only is her sacred power throughout the series explained (see The Power of the Princess by Ben Lamoreux), but her role as the Hyrulean Monarch is also finally explained.

Let us firstly make sure we are all on the same page of what exactly is meant by Zelda being the focus of the Hylian Hierarchy. Throughout the series, no matter the varying circumstances, Princess Zelda is always of utmost importance in the Royal Family. In titles such as The Minish Cap, where there is a King, Zelda is still the center of the Royal Family. The King’s dedication to ensuring her safety goes beyond mere love for his daughter, to ensuring the Goddess’s safety.

Other titles with a King include A Link to the Past, where the King is murdered and the Kingdom is Zelda’s responsibility. Even in Ocarina of Time, where there is a King we never see, it is Zelda who prophecies the darkness to come and takes action for her kingdom. Similarly in Four Swords and Four Swords Adventures, Princess Zelda calls the shots with her instincts that the seal on the Four Sword is weakening, taking action once more.

As more prominent examples take Twilight Princess where Zelda is but a youth who rules the throne as a King or Queen would. It is Zelda who makes the decision for her Kingdom to surrender to Zant. There’s also Spirit Tracks where the extremely young Princess is again portrayed as the sole ruler, albeit that she is heavily controlled by her adviser Chancellor Cole. Princess Zelda gives the authority to new engineers and by all means is head-honcho as she concerns herself with the wellbeing of her kingdom in light of the fading Spirit Tracks.

In many instance such as these, Zelda lacks parents – like Link – for unknown reasons. Yet even when a parent is present, Zelda really calls the shots. The Sheikah are said to serve the Royal Family, but as we learn in Skyward Sword, and as we could glean from Ocarina of Time with Impa – they are faithful to Zelda only. The Sheikah are servants to Hylia alone.

The Wind Waker makes a nice emphasis on the importance of Zelda. When it is revealed that Tetra is a descendant of the Royal Family it isn’t merely a matter of her being the heir to a kingdom now long lost. Daphnes makes it clear that Tetra is ‘Zelda’ and that she has a role to fill. Once revealed as Zelda, Tetra takes to her role, and as we later learn in Spirit Tracks, became the founder of the New Hyrule’s Royal Family. 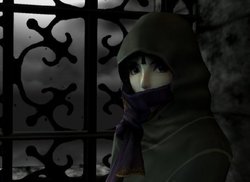 The ‘role of being Zelda’ isn’t about a mere position in a monarchy, but pertains to Zelda being a reincarnation of Hylia. As Aonuma has stated “The goddess and Zelda are one and the same. People have simply called them by different names.” The reason why Zelda is the focus of the Hyrulean Hierarchy is because she is God – to put it bluntly. That is why being ‘Zelda’ means so much for Tetra in The Wind Waker.

Now while Hylia is a step down from the three Golden Goddesses, she is the Goddess of the people. The God who lives among them and made the Triforce usable. Zelda, or Hylia, is the ruler of Hyrule because by the very definition of the word, Hylia rules Hyrule. The word Hyrule means “rule of Hylia”. The Hylians are the “people of Hylia”. The Hyruleans are the races who dwell within the land of Hylia’s rule.

What has long served as a mystery is thoroughly explained thanks to Skyward Sword’s complex storyline. The young Princess is always the reincarnation of Hylia. Never has a Zelda title ever had Zelda’s mother alive and featured in a game, so we can be sure that the young Princess is always Hylia’s sole manifestation. Whether this means that a female is born to the Royal Family every generation or not is a small mystery we have to accept in the explanation of a greater truth.

Although Zelda’s mother is always absent, we know the King sometimes makes a showing. But King or no King, it remains that Zelda is Hylia and that is why she either literally takes the throne, or otherwise calls the shots. The people of Hyrule serve Zelda, even when she is ridiculously young, because their legends and traditions reveal her as their very God – Hylia. Thank you Skyward Sword for once more explaining a Legend of Zelda mystery.