Princess Zelda Confirmed for Smash Bros Wii U and 3DS

Hyrule’s famous princess will be rejoining the cast of Super Smash Bros. for the flagship fighting series’ fourth entry. Princess Zelda will fight alongside Link and his young cel-shaded counterpart Toon Link in both the Wii U and 3DS versions of the game.

More after the jump. 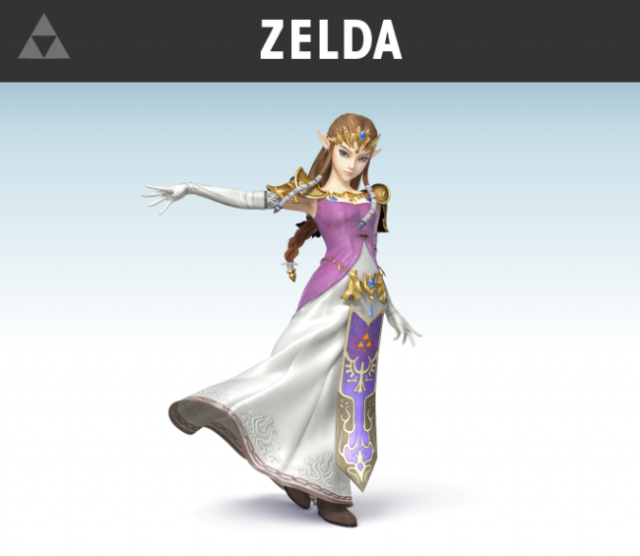 Disrupting this feeling of sameness is the apparent inclusion of a new tool in Princess Zelda’s arsenal. The screen below seems to suggest that Zelda will be able to to summon and control Phantoms when battling other combatants; these intimidating armored monsters first appeared in the DS Zelda titles. Their inclusion here is a fitting throwback to the second of these games, Spirit Tracks, which saw Zelda possessing Phantoms to aid Link on his quest.

This wouldn’t be the first time a returning Smash Bros. character has had their move set updated to reflect newer games.  Mario was given his F.L.U.D.D. water cannon from Super Mario Sunshine in Super Smash Bros. Brawl, for example.

The Phantom in the screenshot below could also be a new assist trophy that Nintendo decided to pose with Zelda for fun. With that said, I personally think it being some kind of new attack is a more likely (and exciting) possibility. They could either be a replacement for Zelda’s Din’s Fire, or a new Final Smash attack. Whatever the case, it’s clear from the expression on Fox McCloud’s face that their swords will be dealing out some serious pain when Super Smash Bros. 4 releases sometime in 2014. 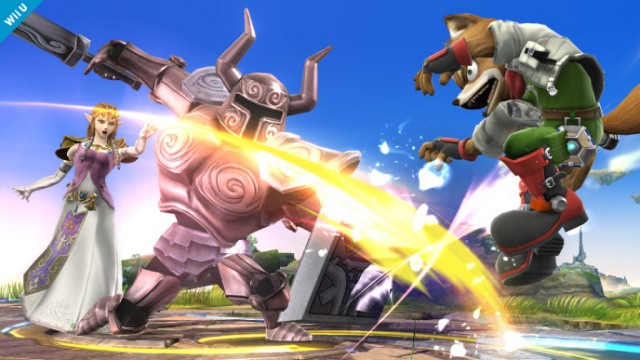 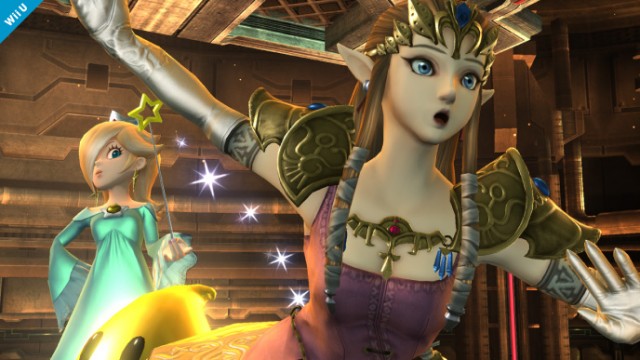 It isn’t currently known for certain whether Zelda will be able to transform into Sheik this time around. Although it’s doubtful Nintendo would remove such an iconic part of her move-set, for now we’ll have to wait for further details to know for sure.

Are you excited to play as Zelda again in the new Super Smash Bros? Let us know in the comments.