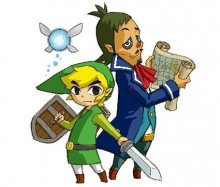 Last week 2 DS Zelda titles were released for the Wii U Virtual Console in Europe, Phantom Hourglass and Spirit Tracks. Now, those that might have missed out on playing the original titles when they were released for the Nintendo DS back in 2007 and 2009, or maybe you are being a bit nostalgic for Linebeck’s antics, you can now enjoy them both on your Wii U. If its been awhile since you’ve played either title or your just not that sure you want to spend the €9.99 on each title then jump on in past the break to check out footage from the Wii U Virtual Console.

Did you ever play either title when they were first released? Will you be playing them now on the Wii U? Share your thoughts in the comments below.