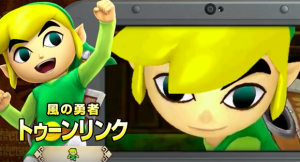 Continuing on with all of the special attention being paid to Hyrule Warriors Legends this week, Koei Tecmo has just released a new trailer. Unlike many of the other trailers that have previously been released, this one is not focused on just one character but many different characters, and its over five minutes long! Showing off some pretty sweet skills from the roster of playable characters both good and evil, to clips of some of the areas found across the map, and even more of the My Fairy system. There is definitely plenty to feast your eyes on! Jump on in past the break to check it out.

Wow! That was a lot to absorb! I can’t help it, I am extremely excited for this game to release. What about you? Are you finding yourself getting more excited the more you see? Tell us your thoughts in the comments below.