Meet the Roster of the 2019 Zelda Dungeon Marathon; Plus, the Schedule is Revealed!

We are less than 3 days away from the Zelda Dungeon Marathon – the biggest event our site puts on all year! Raising money for charity by playing Zelda games is a match made in heaven for a guy like me, and I’m equal parts excited and proud to be participating for the second year in a row. We all know what a great cause this is for – and if you don’t, check out our official announcement post for all the information you need – but what we DON’T know is who is playing what games, what returning Marathon veterans we can expect to see, which newcomers to keep our eyes on, and when our favorite games are going to be played.

Without further ado, let’s go in and answer all of those questions. First off, let’s meet the roster of the 2019 Zelda Dungeon Marathon!

About: The host of the Zelda Dungeon Marathon, Mases is known as one of the sites Four Horsemen – indicating that he has participated in every Marathon thus far. Famous for his dirty tactics during the heat of battle, who knows what kind of stunts the Crooked Commissioner will pull this year.

About: The second Horseman, Josh (aka Jay-Z) is looking to dour the mood of his competition, on and off the battlefield. Whether it’s playing Twilight Princess or playing Coup, one thing you need to know about Josh: he has no mercy.

Games Playing: The Minish Cap, A Link Between Worlds, Cadence of Hyrule, Link: Faces of Evil, The Legend of Zelda, Link’s Awakening, Breath of the Wild, Twilight Princess, Ocarina of Time

About: The biggest pure babyface on the team, Gooey is just looking to have fun and make people smile. As the other permanent resident in Zelda Dungeon HQ’s, Goo is going to try and parlay that homefield advantage into some on-screen victories.

Games Playing: The Legend of Zelda, A Link to the Past, Link: Faces of Evil, The Minish Cap, Zelda II: Adventure of Link, Zelda: Wand of Gamelon, Hyrule Warriors, Tri Force Heroes

About: The One Man Band is back for another Marathon, and Hawaiian shirts aren’t the only thing KO is bringing to Chicago this year: armed with some new strategies and with the swagger of setting a world record in Hyrule Warriors at last years event, KO is coming to lay the smack down.

About: Making his sophomore appearance at the Marathon, the leader of the Moblin Club is coming all the way from snowy Calgary to show these Americans how us Canadians play Zelda. Being a heel never looked as cool as when the Canadian Nightmare sat down to play!

About: The Queen of Zelda Dungeon returns for another year. Armed with skips, tricks, and the best taco’s in all of Illinois, Alasyn is looking to put the competition through the grind of her Talos Gym. Vintage Alasyn!

About: The Human Algorithm returns, and not content with claiming one world record at last years event, this year the former pro-Splatoon player only known is hushed whispers as Locke Exile will be gunning to add Tingle’s Rosy Rupeeland to his collection of titles.

About: The Momma Bear of Zelda Dungeon is back for her third year, but don’t let those motherly instincts fool you: when it comes time to playing Zelda and raising money for charity, the only kind of love Katie dishes out to her opponents is the tough kind.

About: The Architect of the Marathon returns. During the last year, when Andrew wasn’t designing graphics for the site, he was remembering how he was robbed in the Ocarina of Time race last year by being forced to grab Epona prematurely. What kind of retribution does he have in store for his foes this year?!

About: The Nicest Guy in Chicago is back to bring an artists touch to the proceedings this year. The leader of massive Zelda art community Linktober, Joel is coming to show that he plays as well as he draws! 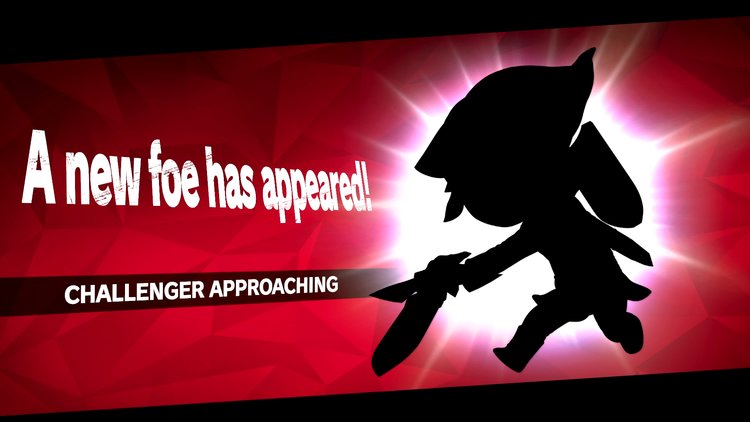 About: Coming all the way from Ireland is Zelda Dungeon Copy Editor Judy Calder. Excited to come and looking to make an impact on her arrival on this side of the pond, who knows what kind of tricks The Lasskicker has up her sleeves.

About: The Cleveland Clobber Sean Gadas steps into the fray for the first time this year. According to those that have spoken to him backstage, his goal is to “crush out Skyward Sword and Breath of the Wild“. Take notice!

About: This is Skip’s big Marathon debut and she’s ready to go out in style for a great cause. Leaving her kids for a week, Skip is letting her hair down during the marathon, which could mean disaster for all her competition!

About: Zelda Dungeon’s own Social Media Manager Savannah is finally landing in Chicago. Know as The Fastest Mouth in the West, Sav’s trash talking skills are almost as good as her Zelda prowess. This is one newcomer to keep an eye on!

Games Playing: A Link to the Past, A Link Between Worlds, Breath of the Wild

About: It’s time to walk with Elias! Born in 2173, Elias enjoys long walks on the beach and playing Metroid games when he should be practicing Zelda. He’s elated to be representing Zelda Universe at the Marathon and hopes to eat Chipotle and avoid Malort. Little does he know… nobody avoids Malort.

About: No stranger to anyone that watches our Twitch channel, Rachel brings so much skill and expertise to the field that the office has started to call her ‘The Best in the World’. Rachel will be well practiced and ready to live up to that moniker!

About: The Heroine of Time may enjoy smiling and singing along to Cadence of Hyrule’s catchy beats, but when it comes time to play Skyward Sword, she is all business. Her intensity gives her an immediate edge over the competition, and Ashtyn fully intends to press that edge.

About: Known in the legends as Dracarys Fire, Katherine brings some serious skills to the competition. Being a moderator on Zelda Dungeon’s Twitch channel, she knows the landscape and the competitors well, which you know she will be trying to parlay into victories in the battlefield.

About: Justine is a busy mommy of 2 adorable little girls! In her precious few moments of spare time, you can find her playing video games, streaming, sewing, or singing every role in a broadway musical. Keeping a low profile, Justine’s strategy is to fly under the radar and surprise her opponents so they never see it coming until it’s too late!

You know what games everyone will be playing now! The question now is ‘when are my favorite titles being ran through?’ Wonder no more, cause the schedule is here

Read it and weep! Oracle of Seasons will be kicking us off this year, and as with last year, we’ll be ending with Ocarina of Time. Most games will be races with varying degrees of competitive strategy used, but keep your eyes on the following games:

The Minish Cap – A 10 person elimination race, where the last player to reach certain checkpoints will be eliminated.

Twilight Princess – A 10 person “Royal Rumble”, where players will enter at staggered times with the objective of having 10 players finish the game within minutes of each other.

Breath of the Wild – A Team Race with bingo style objectives – fill out your bingo card, defeat all Divine Beasts, and finisg the game.

Comments
Sorted Under: Slider, Zelda Dungeon Marathon
Tagged With: No tags were found for this entry.