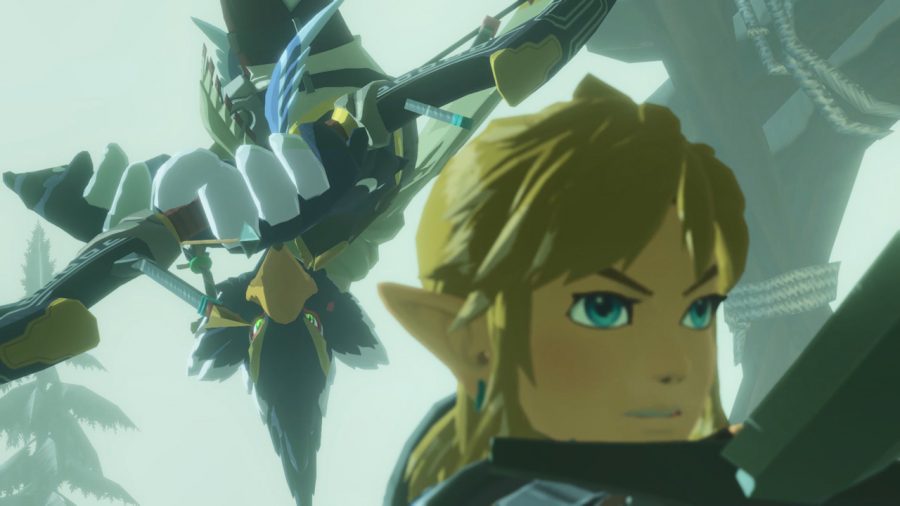 In a recent interview with Nishikawa-kun of Japanese gaming news outlet Famitsu, Hyrule Warriors: Age of Calamity producer Yōsuke Hayashi, director Ryōta Matsushita, and Zelda series producer Eiji Aonuma elaborated on the game’s development. Given that this is a Warriors title, the combat found within Age of Calamity was a significant change from what we were presented with in Breath of the Wild. One of the most important changes is that of the additional characters that the player has access to throughout the course of the adventure.

When asked by Nishikawa-kun about the nuances of Impa and Zelda in particular, Matsushita had this to say:

“In Zelda’s case, she remained a challenge throughout production. No matter how you cut it, she wasn’t really envisioned as a warrior-princess, so it wouldn’t do to suddenly have her performing these Warriors-style actions. However, she is a person driven by her sense of duty, so what emerged as the action she should take in her situation was the Sheikah Slate-based combat.

As for Impa’s style, that came together smoothly. Both as a factor of fighting with Sheikah Tribe techniques, and for balance between the three starting party members: the orthodox knight in Link, the mage-like Zelda, and the third member being a ninja-styled character with tricky abilities fit perfectly. So I think it came together naturally.”

Breath of the Wild introduced a bevy of new mechanics that turned the Zelda franchise on its head in some regards. When figuring out ways to incorporate elements like the Paraglider or cooking into the experience, Matsushita explained:

“The element incorporated as unique to this game, being that in contrast with Breath of the Wild being Link’s solo adventure, a key feature is that this is a joint struggle alongside allies. Both cooking and paragliding are common actions, and since up to four characters can sortie in battle, that means that all four eat the cooking and soar through the sky on paragliders or wings. If we had difficulty there, it would be in interpolating things which were hard to picture, such as, “Are there any scenes where this character eats…?” or, “Is this character… going to fly..?” I would like all of the players to please see these for themselves.”

Hyrule had been reduced to a near-desolate version of itself in Breath of the Wild. Given that this is a prequel set 100 years before the Calamity, locations that were nothing but ruins are now fully realized. Matushita goes on to explain how exploring these buildings and locations differed from the structure of past Warriors titles:

“This game is a story about war, and takes place during a state of crisis from the onset of the war, so we actually were not intending to allow for such deliberate exploration. However, since the stages are based on locations which were actually present in Breath of the Wild, they had to be reconstructed to the form they would have taken 100 years ago. Of course, some things were significantly rearranged to facilitate Warriors-style action, but since we were being allowed to use Breath of the Wild as the basis, I think that its appeal of making people want to investigate and explore naturally had to come through. We were sure to provide for that sort of player’s sense of discovery to be rewarded.”

Niskihawa-kun inquired about the change from the weapon durability system of Breath of the Wild, and if the change to weapon fusion was due to the lack of compatibility with the action found in a Warriors title. Matsushita responded with:

“I think the features of collecting and breaking weapons, and dealing with heat/cold elements, are for enjoying “Link’s solo survival adventure” in Breath of the Wild. Those features have been omitted due to the different genre of this game.”

The Sheikah Slate is a staple of Link’s arsenal in the original title. Here, the Runes that provided Link with his abilities are now usable by multiple characters. When asked by Nishikawa-kun on the potential difficulties that could arise from adapting them for each fighter, Matsushita had this to say:

“That came together unexpectedly smoothly. The individual personalities and fighting styles of Breath of the Wild’s characters are consistently unique, so it was easy to give them that distinction. For instance, if we ask ourselves, “What would Revali do if asked to fight using the Stasis Rune?” we could get very strong, detailed, opinionated answers that, “Revali would obviously use it like this!” which we were able to piece together to create his actions. Everyone was able to give an answer quite readily. [laughs]”

Finally, Nishikawa-kun closed the combat portion of the interview with a question regarding the use of parries and dodges in boss battles. When asked if this system was inspired by Breath of the Wild, Matsushita answered:

“Elements such as “targeting” and “perfect dodging” are pulled from Breath of the Wild, but seeing characters other than Link making use of those skills is a totally new experience, so we imported them into the battle system. In this game there are options to enjoy combat with strong enemies besides “skilled use of action,” such as using the Sheikah Slate or properties of the terrain.

“We think Breath of the Wild is a game in which Link progresses throughout the whole world, with an infinite variety of options available beyond regular combat. In contrast, the object of progress in the war depicted in this game is largely focused on enemy characters. There are multiple approaches to battle progress, and the gameplay of finding those from observational hints and selecting which to use is something that we took large inspiration from the base game [Breath of the Wild]. Therefore it is possible, for instance, to complete the game without executing a perfect dodge even once. I would love for even players who do not feel confident with the action genre to try this out.”

Producer Yōsuke Hayashi followed up with:

“I think we were able to realize a fusion between the action of the previous Hyrule Warriors and that of Breath of the Wild. You may feel that there are too many battle features at first,  but just as Director Matsushita said, we felt it necessary to import the “the variety of Breath of the Wild as the variety of getting through battle”  as much as possible into the Warriors format. Please try discovering all kinds of different ways to victory.”

It’s clear that the team at Koei Tecmo has a great deal of admiration and respect for the combat that preceded Age of Calamity, and their efforts to translate those mechanics into something befitting a Musou title have been met with success. Nintendo seems to share a mutual respect for that team in turn, given their willingness to work with Hayashi and co. on their approach to bring large-scale battles to the world of Breath of the Wild.

What do you think? Do you feel that Age of Calamity has captured the spirit of Breath of the Wild‘s combat? Or has it veered too far into the realm of the spectacular? Let us know in the comments below!

Comments
Sorted Under: Breath of the Wild, Games, Hyrule Warriors Age of Calamity, News, The Legend of Zelda, Zelda News
Tagged With: No tags were found for this entry.