Daily Debate: How Do You Pronounce Or Mispronounce Words From The Zelda Series? 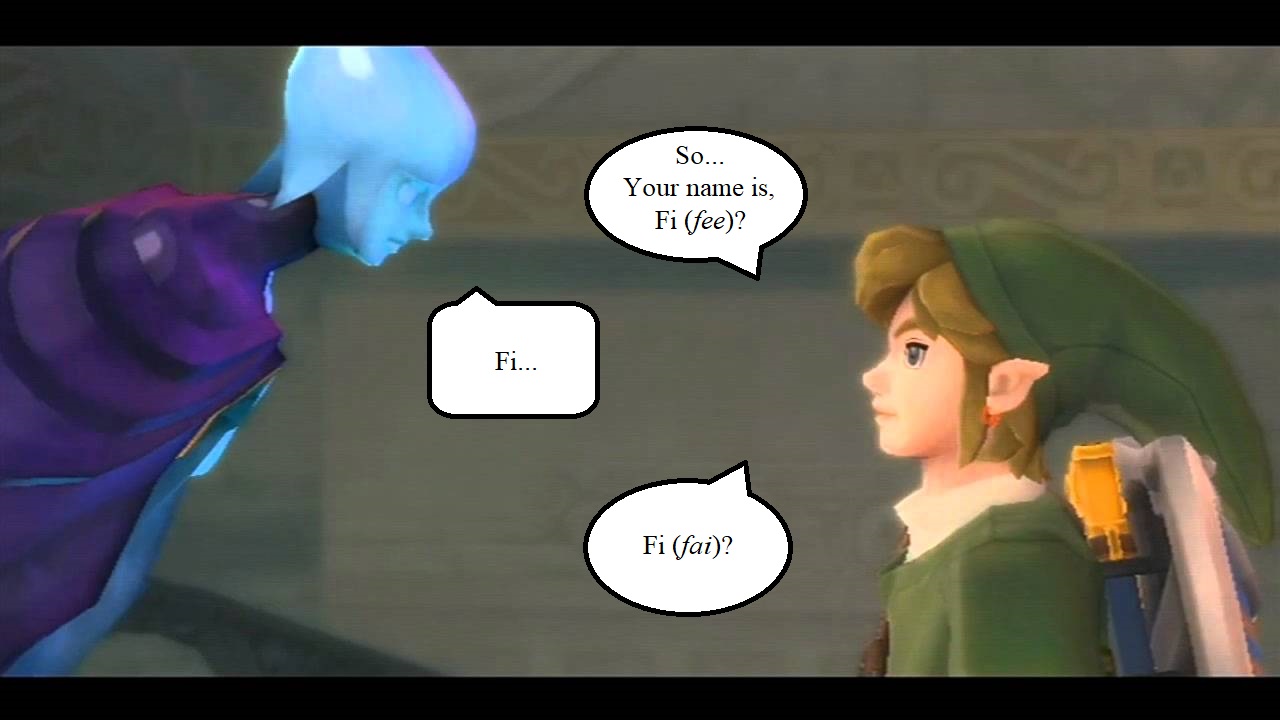 The world created in the Zelda series is much like that of a book.  For virtually all of the series’ history, it has featured silent characters with only text to provide dialogue.  Breath of the Wild recently changed this feature with one of the best elements of the game — its cut scenes.  These sequences offered an interesting opportunity to hear names and locations pronounced in a canon format for the first time ever.  Noted that Hyrule Warriors did the same thing to some extent, but it’s also not canon!

While I don’t remember anybody debating over the enunciation of words like Goron or Zora, there were other numerous pronunciations to clarify.  For example, I remember hearing “Gerudo” occasionally pronounced with a “J” sound at the beginning — “Jer-ooh-doh”.  Breath of the Wild cleared this up in a heartbeat with its voice-acted cut scenes, confirming the correct diction as “Ger-ooh-doh”.

So what other names of Zelda locations and characters have been mispronounced for years?  The pronunciation of “Fi”, the spirit living within a certain Legendary Blade and featured in Skyward Sword has long caused controversy amongst Zelda fans.  In fact, a recent friendly debate regarding Fi’s name is part of what inspired this question!  Another common disagreement on pronunciation is “Farore”.  Is it “Far-or-eh” or “Fa-roar”?  Maybe it’s “Fay-or” or “Fay-roar-eh”?  Or to make it all easier, we could simply say, “the green one”.

When I was first exposed to the Zelda series with Ocarina of Time, I butchered the word “ocarina” on countless occasions. But my most embarrassing mispronunciation was “Hyrule” itself.  I called it “Her-eye-ule” on more than one occasion.  Hey, I was like nine years old!

What words have you mispronounced in the Zelda universe and which ones did you get right?  Is it a place or a character?  Or is it one we still don’t quite have clarification on?  Share your thoughts in the comments below, or chat about it over in our discord!

Comments
Sorted Under: Breath of the Wild, Daily Debate, Hyrule Warriors, Ocarina of Time, Skyward Sword
Tagged With: No tags were found for this entry.