Posted on December 26 2020 by Samantha Reynolds 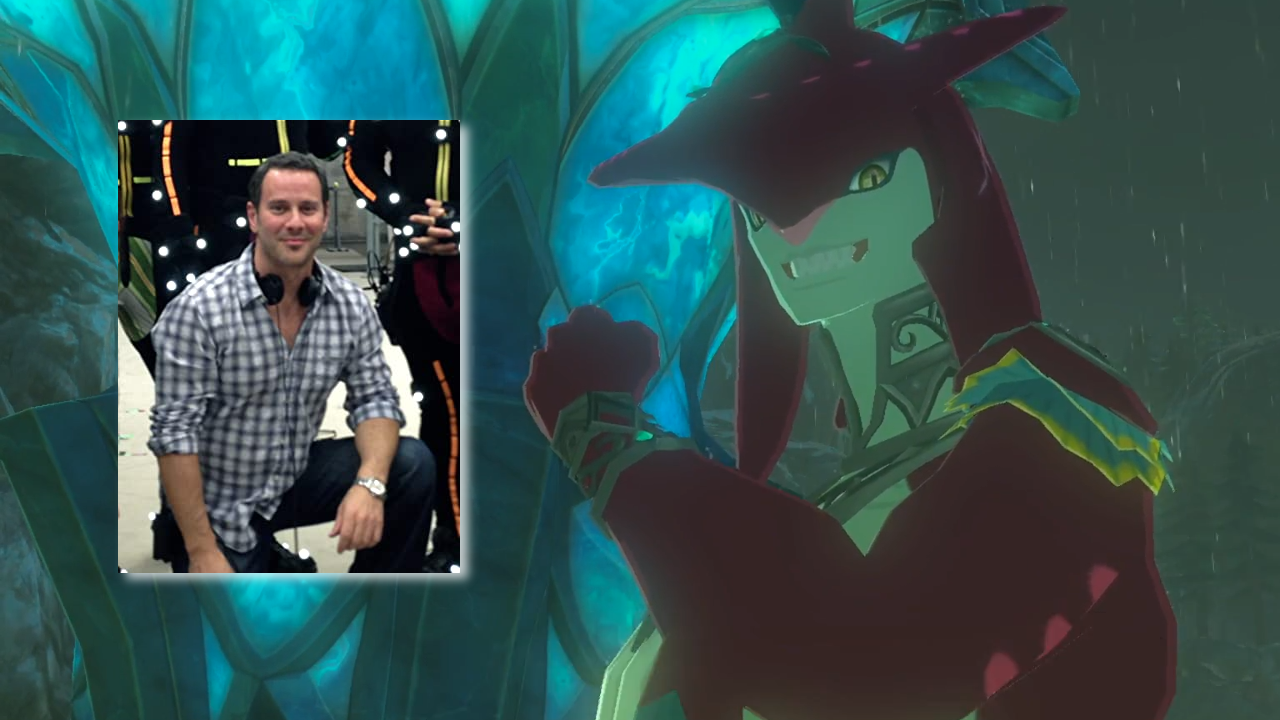 Breath of the Wild was a groundbreaking game within the Legend of Zelda franchise. Not only does the game feature one of the most beautiful game worlds to date, but it is filled with interesting game mechanics, intriguing lore, and wonderful characters. And, of course, all those wonderful characters are brought to life by a talented and diverse cast of voice actors.

Jamie Mortellaro, the voice of Prince Sidon in Breath of the Wild and Hyrule Warriors: Age of Calamity, recently sat down with Zelda Dungeon to talk about his career as a director and his experiences as a voice actor.

How did you come to the role of Prince Sidon?

“Well, I was the casting and voice over director for Breath of the Wild, and my clients asked me if I would like to voice Prince Sidon. I was very happy to voice the role, and thrilled to be a part of Nintendo for so many years.”

How did you get started as a director?

“I started my career as a production assistant for the Oprah Winfrey Show in Chicago and then became a producer at an advertising agency for ten years. From there, I started directing TV commercials. As a matter of fact, I directed the first [Nintendo 64] commercial, the first Game Boy Pocket commercial, and the first Bomberman commercial, so I go a long way back with Nintendo. Then, while I was directing TV commercials, I started directing voice over and motion capture for video games, and really fell in love with the gaming world. I’ve been lucky to direct games like Horizon Zero Dawn, Hitman, Final Fantasy, Wasteland 3, Marvel Ultimate Alliance 3, and so many others. It’s all so exciting, and I love every second of it.”

How was the process of finding the actors to voice the roles in Breath of the Wild?

“It’s always challenging to cast the right actors for any game, and with a franchise like The Legend of Zelda, with all of its history, it was extremely important to me to find the right actors for the right roles. All of the actors, all of whom were far better than me, were absolutely perfect. We could not have been happier – meaning the client and myself. And it’s funny, if you look at the people who are voicing the roles, many of them look very similar to their character, which we all had a laugh at. Joe Hernandez (the voice of Daruk) is a big guy, Patricia Summerset (the voice of Zelda) has blonde hair and looks similar to Zelda, and Elizabeth Maxwell (the voice of Urbosa) has red hair. There are some similarities that the actors have with their characters.”

Do you have a favorite scene in Breath of the Wild that you voiced in or directed?

“Really every moment in the project was a thrill, so there’s nothing that really stands out. I think that Patricia’s character had the greatest arc, so it was very exciting watching her journey as Zelda. The writing was so brilliant, too. We were in deep everyday.”

“Since I haven’t voiced many roles, as I consider myself more of a director than an actor, I found it to be very exciting, and I loved every second of it. I was so thrilled that Nintendo gave me the opportunity to do the role and to be a part of this incredible franchise. I was lucky to be a part of a cast who were absolutely brilliant.”

What is your favorite thing about the Zelda community?

“The history of The Legend of Zelda goes back so far that there are fans of the franchise that have been dedicated for decades. The community at large is so kind and so inspiring, and they make you want to work harder when you’re working on a project that they love so dearly. The people are so invested in these incredible stories, incredible gameplay, and the lore, and it really is motivating and touching to see all of the love out there. I also love all of the cosplayers that put out such great content and costumes. There’s nothing I love more than seeing fans dressed like Sidon at a convention!”

I know you’ve done some giveaways in the past, do you plan on doing more in the future? If so, where can fans find them?

“Of course! I do plan on doing more giveaways. I used Twitter for my last giveaway, and that’s where I plan on doing future giveaways! You can follow me at @JDmortellaro on Twitter and @jdmortellaro on Instagram. Plus I love to engage with people online. I have some new projects that are coming up that I’d love to chat about!”

With such success in your career, are there any words that you live by?

“I live in a world of gratitude, not attitude. That’s my mantra, and I remind myself every day. I always try to be kind and empathetic in my everyday life, and thorough and attentive in my career. I want to say to everyone reading this: Be healthy, be safe, be kind.”

And that’s that! If you wish to hear more from Jamie Mortellaro, the voice of Prince Sidon, we definitely encourage you to check out other interviews that he’s done, like this one from Zelda Universe! And be sure to let us know if you’d like to hear more from Mortellaro in future interviews; with Hyrule Warriors: Age of Calamity finally out, he probably has a lot to share about working on that game.

Comments
Sorted Under: Breath of the Wild, Editorials, Editorials, Games, Hyrule Warriors Age of Calamity, Original Content, Slider
Tagged With: No tags were found for this entry.