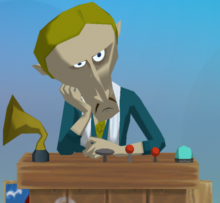 There has been a lot of excitement the last two days with all the announcements concerning The Wind Waker HD, but today we have some unfortunate news to report. For Zelda fans who live down in Australia and New Zealand, there will be no Wind Waker Wii U bundle or special edition for you to purchase.

An official Nintendo of Australia representative commented on the recent announcements stating that they “do not have plans to release these in Australia and New Zealand at this stage.”

Jump inside for more details!

There is always a chance something else might come up for Nintendo fans in Australia and New Zealand, but unfortunately it looks like they are going to be missing out on these special deals. This isn’t the first time this has happened either as Australia fans time and time again have gotten the short end of the stick. There has been a few cases where Australia fans got their own exclusive items, but those are few and far between. Stay tuned for any new announcements about the upcoming Wind Waker HD