Early “leaked” evidence of new games crop up all the time, particularly screenshots, and with a series as significant as Zelda that has as energetic of a fanbase as it does, it’s no surprise that we see them a lot. Quite often these are not real, like the infamous “Valley of the Flood” or “The Wind Waker HD”, and we have another surely fake pair of screenshots for you today.

A supposed Zelda title for the 3DS, its Japanese title seems to translate to something along the lines of “The Little Shield” or “Shrimp Shield”, the term shield being the most consistent part of the name, which makes sense given the totally visible shield in the logo. It was originally posted in this thread on the GameFAQs forum. Check out the screenshots after the jump to see a bigger version of the logo image as well as supposed gameplay and my thoughts. 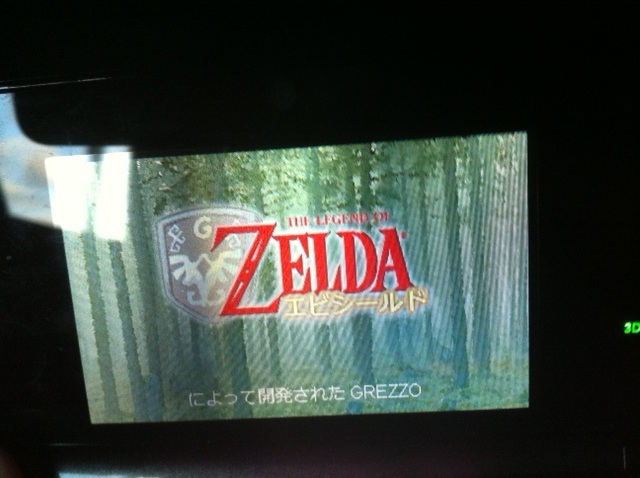 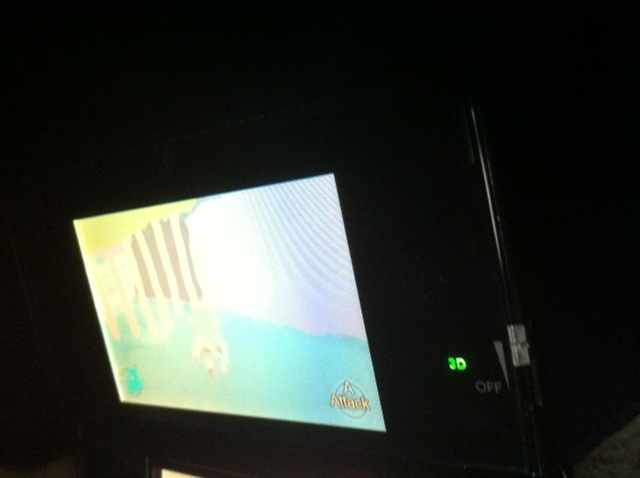 The trademark R mark isn’t really visible, even if you were holding it in your hand. The bottom screen depicts what is clearly a screenshot of The Wind Waker (looks like the trail leading up to the forest on Outset Island), with a HUD graphic from Ocarina of Time 3D–which by the way, reads “Attack” in English despite the Japanese title screen. It also has an impossibly small minimap on the top screen, on a dual screen system, which are well known (especially within the Zelda series) for using their non-primary screens for large maps. The top screen is also on full blast with the 3D effect, and there’s no reason they would do this for a photograph, especially at such an awkward angle.

There’s just too many suspicious things about this; I really can’t believe it at all. Also, while I would like to believe Nintendo (or Grezzo, according to the screenshot) would pick a better name than the one given–perhaps with a more unique importance to the plot–I don’t see this happening any time soon. Either way, a nice attempt, but clearly fake. Just about the only thing realistic about these screen shots is that they credit Grezzo (the studio responsible for Ocarina of Time 3D and Four Swords Anniversary Edition).

What are your thoughts on it? Did you spot any other reasons it was fake, or possibly a reason it could be real? Do you think the name is interesting, and of course, do you think Zelda 3DS might possibly look anything like this? Tell us in the comments!