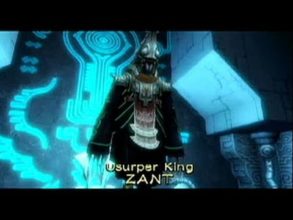 With the release of Twilight Princess HD, many of us were able to relive one of the series’ greatest adventures, and that means we got fight through its bosses with new eyes. As one of the Zelda games with the most bosses, there were a lot to choose from when picking favorites, and a number of them are some of the most memorable Zelda has to offer, so this week, the ZD staff has gone through all the main dungeon bosses and chosen those we think are the game’s absolute best.

As usual, we would love to hear from all of you, so make sure to hit up the comments with your own lists of best bosses from Twilight Princess! But first, hit the jump for a look at our own choices!

Stallord was far from the hardest boss I’ve ever fought, but it was honestly one of the most memorable. Really, I just had the most fun with it. The initial cutscene where Zant finally speaks to you, and awakens Stallord, is extremely ominous, and it leads you into a truly awesome introduction to a sweet-looking boss. After that, the introductory use of the spinner is neat, winding you around the beast, and looking for an opening between the dead soldiers. After bouncing around the stalfos and smashing apart his spine, Stallord pulls a fast one and becomes a floating head, leading you into a cool second phase, with fast, tight jumps along the walls. I had a better challenge with bosses like Argarok and Zant, but I just loved the visuals and gameplay in this fight a whole lot.

Upon reflection, I enjoyed the mini-bosses of this game more than the real bosses, but there are still some very memorable battles in this list. Blizzeta tops it mainly because she was so creepy and unexpected, not to mention the music during her fight was very fitting. While her battle was easy to figure out and complete, I think that was a welcome feature after just having drudged through Snowpeak Ruins. Argorok’s battle seemed to be very large in scale, making it pretty unique for the series even though that space wasn’t utilized to its fullest potential. And Armogohma was so funny! It took a recognizable Zelda boss and successfully implemented new mechanics and quirky eyeball-spider antics– a real fun time.

The Armogohma fight is on here solely because of how you can deliver the final blow with the Dominion Rod. It’s hilarious. Fyrus might not put up much of a fight, but he looks amazing and the fight somehow has a tense feel to it. While Zant’s character took a bit of a slide down when he was revealed to be insane rather than the calculating villain we had seen until that point the fight itself was tense, if quite silly at times. The final swordfight with Ganondorf is one of my favorite bosses in the entire series: it’s tense, Ganondorf himself is a formidable opponent and the clash with him feels like a true climax to the game. But my favorite fight has to be the one with Argorok: a big honkin’ dragon (or rather a wyvern, but the game calls him a dragon) that you need to dodge and grapple onto in order to hurt it and send it crashing into the ground. Combined with the rain and the music this is one hell of a fight and I look forward to it whenever I play Twilight Princess.

Twilight Princess is a game that benefits from having a ton of bosses to complement it’s huge amount of dungeons. Argorok, Stallord and Morpheel exemplify the perfect use of the dungeon items to fight the bosses. Using the Double Clawshots against Argorok is fast-paced and fun to do. Stallord and Morpheel are both huge fights that have some interesting phases that break up the combat. The standout fight of the game is the Ganondorf fight which builds upon itself into a one on one duel between Link and Ganondorf duking it out in Hyrule Field.

The final showdown with Ganondorf is my favorite string of boss fights in any video game. Not only is his beast form a thematically inspired interpretation of the character, but the fight itself feels like the ultimate example of Link and Midna working together. The emotional stakes are ratcheted up to their peak when the Demon King bests the Twilight Princess. At that point, it all comes down to a vengeful dual between Link and Ganondorf. It just doesn’t get any better than that. That said, the other bosses are fantastic, too. Zant’s copycat fighting style feels totally in-character for someone whose raw power is the only thing going for him. On top of that, it’s just fun to see his true nature unravel throughout the battle. Stallord does a great job at playing with your expectations, while Armogohma is a joy to crush repeatedly.