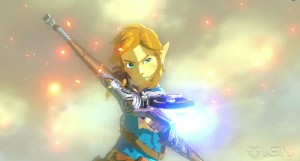 Zone Watts over at The Zone Game has published an article about customization in the world of Zelda. It is rather obvious that while Nintendo wishes to immerse players in each new iteration of Hyrule, they don’t seem to like changing their main character. Link is sort of overdue for customization, considering how much Nintendo talks about making their fans feel like they themselves are a part of the game. Zone discusses this problem, and addresses how we should be able to choose how Link looks and acts to the level of the upcoming Fallout 4.

Check out some bits from the article after the jump!

“…although Link is based on a young boy, the character is ultimately supposed to be inclusive of anyone playing the game. Honestly to call him a ‘link’ to the player in this day is bewildering. He is a silent generic protagonist, whose appearance and actions story-wise we have zero control over.”- Zone Watts

I have always felt, for the most part, that the immersion of Zelda is more heavily based on the gamplay and the adventure. What I am doing usually makes me feel more like I’m the hero, rather than WHO I am. People in the games do not usually make a point to make the plot relate to how Link looks, or what gender he is, so making him customizable is not at the top of my list.

“In an 2014 with interview, Eiji Aonuma told Kotaku that he was completely open regarding playable female characters in the next Zelda game for Wii U. Aonuma stated that there were already playable female characters in the form of Zelda and Midna in Hyrule Warriors, but if that lures more girls to play the game then it’s something he may consider for the future Zelda title.

Aonuma finished by saying that his crowning goal is to have as many people as possible enjoy Hyrule Warriors as possible and then he will take things from there. Which opens the door not only for gender representation but much more, especially if Aonuma was sincere with his words.”- Zone Watts

Concidering the range of players in today’s gaming industry, as well as the reception of Hyrule Warriors, as Zone mentions, maybe we will see a female option in the future. In terms of character customization, a female option is definitely something I would like, personally, simply to try the adventure as a girl for once. It would be similar to the female and male Shepards of Mass Effect, and that worked great.

“Who’s to say we can’t change Link’s skin tone or his hairstyle, which still remains blonde? What if we prefer Link to be shorter? Taller? More muscular? More lean? These are small changers that still gold the overall characterization of the hero we all know and love, but all for some individualism. It would be like comparing the Links of Twilight Princess and A Link to the Past. There is a visible change in appearance, but the key notes of the character are still present.” – Zone Watts

This is a very good point. Link will likely always be the symbol of the series (ironic, given the series name). Even after changing a file name, you know just who you are playing as. Making slight cosmetic and gender-based changes are likely the best way to go, rather than fully custom characters.

Make sure to check out the full article here.

Did you agree with the points that Zone made? How much customization should Zelda have? Drop a comment!

Comments
Sorted Under: The Legend of Zelda
Tagged With: Article, Character, customization, The Zone Gamer