Posted on September 13 2021 by Joseph Berlinger

Join Zelda Dungeon’s chief Mases and YouTube Coordinator Gooey in their latest ranking video! The duo is on a quest to analyze each game in the Zelda series and rank them based on ten categories: World, Art Style, Story, Pacing & Progression, Gameplay & Combat, Items & Abilities, Enemies & Bosses, Side Content & Extras, and the Music & Sound design. These results are then stacked up against the opinions of Zelda Dungeon’s staff and community.

After covering Cadence of Hyrule back in June, Mases and Gooey are now putting Link’s Awakening DX under the microscope. Do its pixels still hold up twenty-three years after its release? 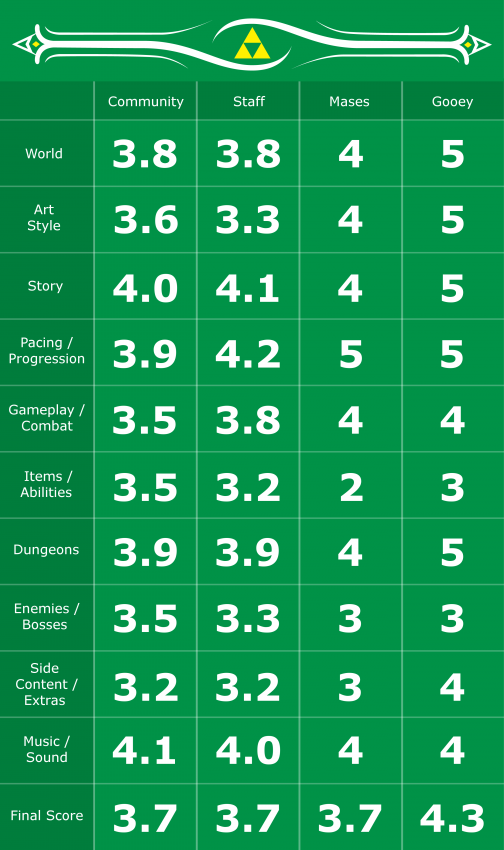 On the whole, the reception to the game was positive. Mases, the staff, and community tripled down on a seventy-four percent score. Gooey liked it even more and considered Links Awakening DX to be his third favorite Zelda game thus far. Personally, I can totally agree with Mases when it comes to the item utilization being something of a frustration. As someone who is trying out Links Awakening DX for the first time, I find the game to be slower than other Zelda titles thanks to slow text crawl and frequent item swapping in the menus. 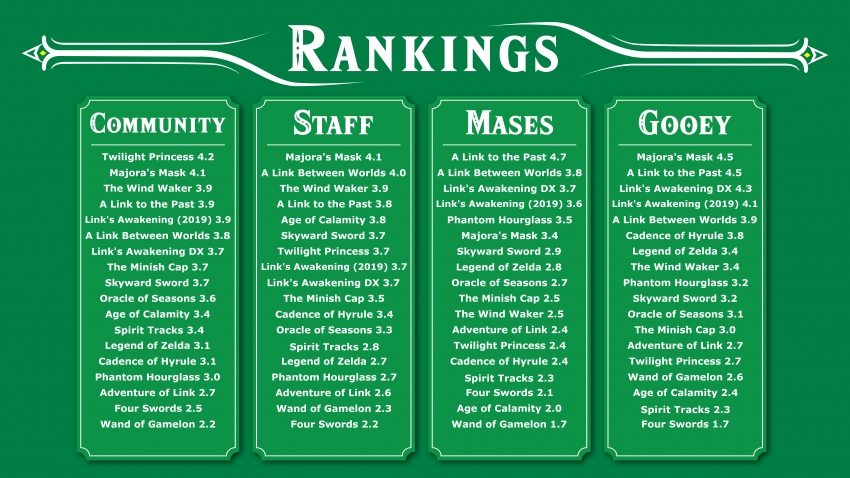 Have you played the DX version of Links Awakening? What do you think of the scores given? Does such an old game hold up? Let us know in the comments below.

Comments
Sorted Under: Games, Hyrule Compendium, Link's Awakening, Original Content, Slider, The Legend of Zelda
Tagged With: No tags were found for this entry.