The Definitive Ranking of Cadence of Hyrule

Following up the Phillips CD-i games from last month, Mases and Gooey are back! And they’re ranking another Zelda game not developed directly by Nintendo: Cadence of Hyrule: Crypt of The Necrodancer featuring The Legend of Zelda.

Marking the first time Nintendo has cooperated with an indie developer, Cadence of Hyrule has become known for its fantastic take on fan-favorite Zelda music and its challenging difficulty. As per usual, the staff and Discord community of Zelda Dungeon were polled for their opinions below. Be sure to watch the full video for an in-depth breakdown of each category! 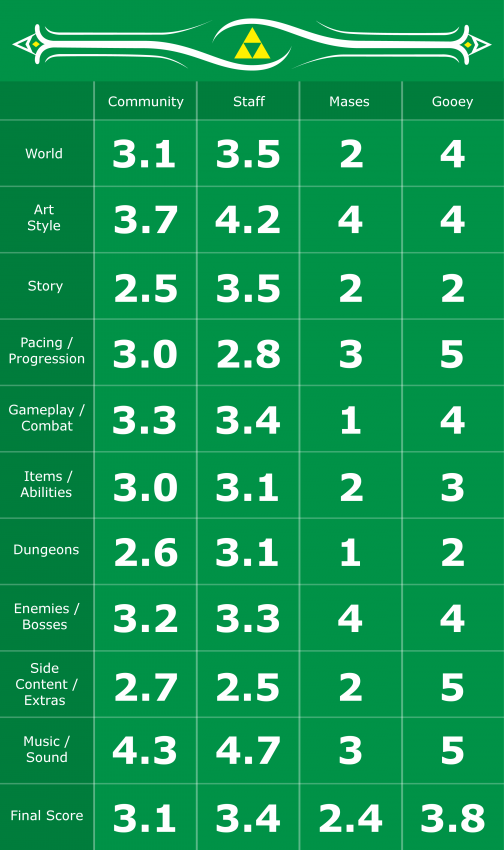 As you can see, the reception to the game was neither overly positive nor overly negative. While Mases tended to rank the game lower than Gooey, the overall scores were pretty much in the middle. While I generally agree with the arguments behind these scores, I just can’t agree with Mases’ Music score being less than a 4! Overall though, not bad numbers for Link’s first rhythm game.

Here are the overall Definitive Rankings after this episode: 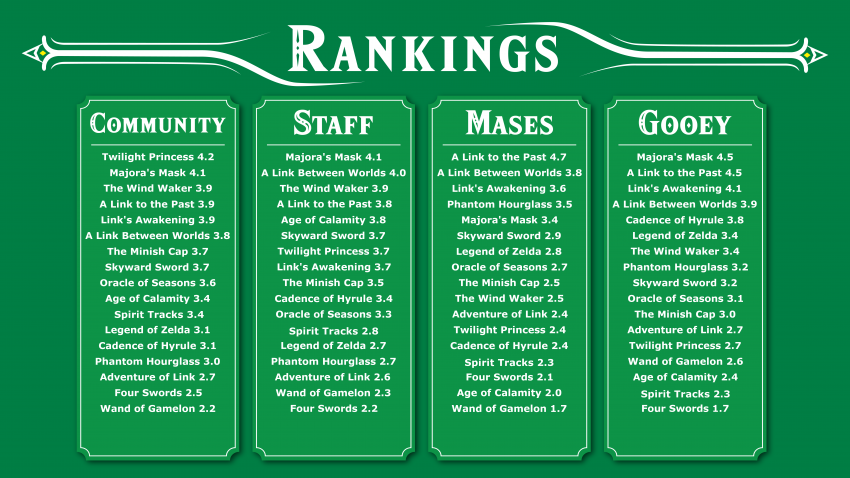 Have you played Cadence of Hyrule yet? If not, do you plan to in the future? What do you think of the scores given? Be sure to let us know in the comments below!

Comments
Sorted Under: Cadence of Hyrule, Games, Original Content, Ranking Zelda
Tagged With: No tags were found for this entry.