The Best and Worst of Zelda: Time Travel 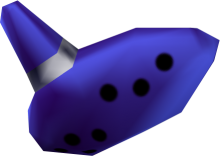 Hello readers! Brian here with the sixth edition of “The Best and Worst of Zelda.” This topic comes from a reader by the name of K2L, so much thanks to him! Remember to leave your ideas for next week in the comments below.

Time travel is an extremely prominent theme in the Zelda series. Ever since Ocarina of Time, where it’s importance to the plot is made obvious rather early on, the idea of traveling to a different era has been implemented in a large number of Zelda games. While some games use it only briefly as a ‘cameo appearance’ of sorts, it’s often an extremely important piece of the plot, creating confusing paradoxes, and as we all know, split timelines. With it’s rather strange nature, time travel is a theme that is simple to mess up; if the travel doesn’t come with a fluid transition and legitimate explanation, it just feels out of place and unnatural.

So which games figured out the best way to travel through the ages? Find out after the jump!

The first 3D Zelda title introduced our theme of discussion today, with time travel being the major theme of the game. While the actual ocarina of time does NOT shift Link between his adult and child forms, the seven-year skip using the master sword is a rather common and interesting element to the gameplay. Planted a bean as young Link? Skip ahead in time and see the outcome? Talked to Malon as a child? Go back when your older and maybe you can take that horse of hers. It’s a fun secret-finding tool, and I thought the past/future Spirit Temple was an exciting usage of it, but alas, there were some issues. First of all, why? Well the game explains that Link had to remain dormant for seven whole years so he could become old enough to wield the master sword. Um, excuse me Rauru, but did you see what I did as a child? The magnitude of the weapons I could wield and the puzzles I could solve? Because young Link was no joke, and you let Hyrule sink into the depths of despair for SEVEN YEARS because I had to gain power? While Sleeping? Of course I’m looking way too far into it, but yeah, that actually bothered me when I was younger. It fealt a bit unnecessarily complicated, and it made me, as the player, feel like Hyrule’s demise was my fault. And let us not forget the outcome of this strange time-warping story was a very complicated timeline, which I was happy enough without. But focusing on the positive, it was very cool to see everything in both its past and future states; seeing characters a bit older, having certain characters not even recognize you; and I found the actual act of time travel to be a fluid one, as warping to the Temple of Time was made easy with the Prelude of Light. It certainly has its positives and negatives, but its positives were very strong and pronounced while its negatives were more logic errors that I didn’t so much personally like.

But time travel became even more important and even more paradoxical in the game’s direct sequel, Majora’s Mask. Time is far more prominent in this game, where the theme is ‘Time is running out,” but hey, you’re the hero of time, right? It becomes immediately obvious that you Link will have to use the ocarina of time, which in this game actually lives up to its name, to change the flow of time itself. It’s a fluid alteration, with the Song of Time, Double Time and Inverted Time making life much more convenient. Everybody will die in three days, but those three days may repeat infinitely, and nobody will remember what has even transpired. Nobody but Link and Tatl of course, who somehow are able to keep almost everything they’ve acquired and all of their memories through the three-day rewind. Why? Eh, who knows? I can keep my masks, but not my keys, and my sword, but not my money. It’s a confusing, nonsensical system that leaves me wondering quite a lot. What if I COULDN’T keep my items through the time shift, or what if everybody could remember it happening? I think Nintendo’s team chose what they did for decent reasons, and alterations to this game’s formula would probably mess with a lot of its major themes, but it’s still fun to think, “What if?”

As a sidetrack and a transition, I would like to bring up a small piece of information from the Hyrule Historia. A small caption explains a possible relationship between the ocarina of time, and Skyward Sword‘s timeshift stones. They are, as the book explains, similar in color and purpose, with the implication being that the ocarina was fashioned out of a timeshift stone. It’s an interesting idea, being that the events of Skyward Sword are far before Ocarina of Time, I see the possibility. Whether or not it’s true is completely unimportant, but it’s good to ponder.

And on the topic of timeshift stones, I like ’em! I really didn’t much enjoy the Lanayru Desert sections of Skyward Sword, for no reason other than, well, I didn’t. But I was able to get through it simply because of the timeshift stones, which I found exciting and question-raising. What happened that that advanced society of the past? How were they wiped out, and how was their lush green paradise turned into a treacherous desert? The strange robotic monkey-esque characters were particularly interesting, and the mine carts, which are fun additions to any game, were well-implemented. More interesting were the ways to hit some of them. I often used the beetle, even when it wasn’t completely necessary, just for the sake of a head-on view of that stone. I would really have enjoyed a bit more backstory on the robot civilization, but overall, a really interesting addition to both dungeons and the entire Lanayru area. It was also very nice to see it as a small cameo of time travel, instead of a massive piece of plot importance. It creates far less logical issues, which are very much inherent to time travel, and it instead felt like a natural piece of the game. 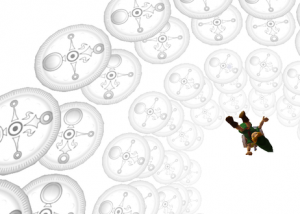 Similarly, Twilight Princess offers a short appearance of time travel in a very fitting location: The Temple of Time. A very interesting dungeon in theory, it transfers the player backwards in time to the era of Ocarina of Time for virtually no reason whatsoever. It is certainly cool, especially for people who have played the game’s predecessor, but it just seems unnecessary. I would have actually much preferred a dilapidated version of the temple to appear in the game’s regular time setting. Either way, I feel as if it matters not, because the utilization of time travel in the game was so random, and did not at all change the feel of the gameplay. It just bothered me a bit.

And to finish off on a good note, let’s talk about the game that comes to my mind immediately when I think of time travel: Oracle of Ages. If you’ve read some of my previous articles, you may know I have a strong love for both Oracle games. I find them to be very polished with excellent characters, and the linked game feature added quite a bit to the experience. As with Majora’s Mask, the game presents you early on with songs that send you backwards or forwards in time. Much unlike Majora’s Mask, the songs are used more for puzzle solving and movement through the world, in a manner tantamount to Skyward Sword‘s timeshift stones, but as a usable item throughout the entire game. I remember being amazed by how well they incorporated such a naturally difficult technique. I mark this as the single usage of perfect time travel in the Zelda series. Don’t get me wrong here, the game is not at all perfect, but the most important mechanic in it certainly is. If the series wishes to reuse the theme of time in another game, and I have quite a powerful feeling that they will, Oracle of Ages is the game to emulate. 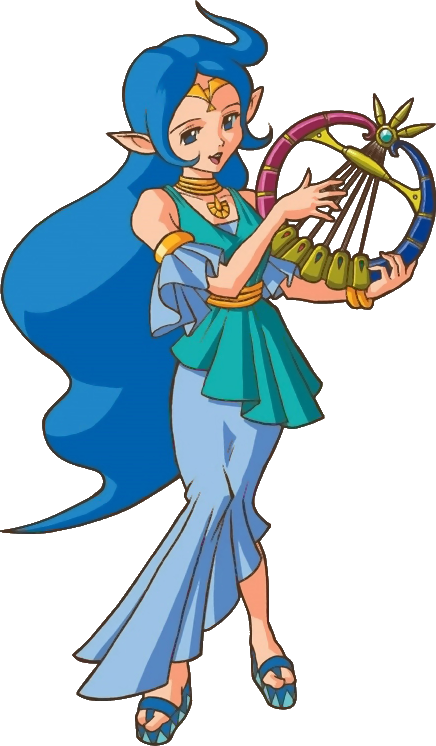 But what do you guys think? Do you like the idea of time travel? Where do you agree or disagree with me? Leave your comments below, and check back every Tuesday at 11 AM central time for more! Don’t forget to leave your ideas for next week in the comments!