Posted on December 11 2014 by Alexis Anderson 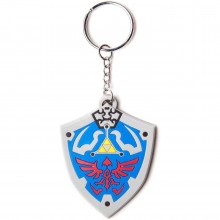 The Official Nintendo UK Store is offering free key chains from popular Nintendo franchises, The Legend of Zelda being one of them. The Legend of Zelda keychain is a rubber Hylian Shield. Aside from Zelda, the keychains feature the franchises of Mario, Donkey Kong, and Yoshi. The promotion is only available online and ends on December 24th, 2014.

Hit the jump for more information! 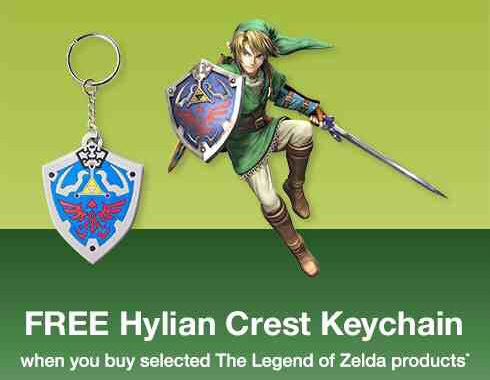 The keychains are part of a promotion to sell other Nintendo products that pertain to the respective characters. So if a customer wanted to receive a Hylian Shield keychain, he or she would have to purchase one of the selected Legend of Zelda related products included in the promotion. These products include a copy of Super Smash Bros. for Wii U, Game Guides for both the Wind Waker HD and A Link Between Worlds, various forms of Zelda themed apparel, and the available Legend of Zelda Amiibo figures– among other items, all of which can be found here.

The keychains are limited to one per transaction and are redeemed through the use of a promotional code, which is given to customers once they place a product from the desired franchise into their online basket. This promotion is only being offered through the UK Nintendo online store, not in any other region.