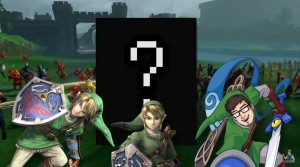 While the Legend of Zelda series is generally spared from the overuse of its characters in copious amounts of spin-off games, it has spawned a few interesting (or disturbing) side games in its lifetime. Most of us are aware of Freshly Picked Tingle’s Rosy Rupeeland– but did you know a second Tingle based spin-off game was produced in Japan? Or that there was a third CDi Zelda game? YouTube gamer TheJWittz teamed up with Alex from Zelda Universe for a Nintendo Fact video on “Rare Zelda Games.” Most of the games on the list were news to me as the pair spotlights some of the most obscure sub-series titles.
Check out the video after the jump for a look at these rare Zelda gems!

I can’t believe there’s a legitimate Tingle dating simulator on the Japanese marketplace, what a world we live in. I was also pleasantly surprised with the BS Zelda titles, playing as your chosen avatar in real time for prizes with voice over work included seems pretty enticing to me.

I’m a big fan of TheJWittz, the majority of his videos are Pokémon related and cover everything from gameplay to theories to merchandise to the anime and mangas (he also does Reviews and Top 10s). His Nintendo Fact series covers cool trivia from a range of Nintendo games, see the rest of the series here. He’s also got a couple of other Zelda related videos which you can find here. To see more from Zelda Universe you can visit its website or YouTube channel for Zelda news, original productions, and other goodies.

What did you think of this Nintendo Fact collaboration? Were any of the games listed a surprise to you? Would you like to see TheJWittz cover more Zelda related subjects in the future? Let us know in the comments!