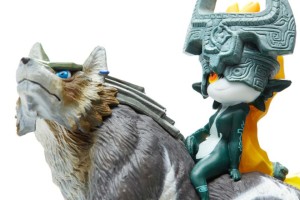 Last week we shared with you a rumor of some possible details surrounding Twilight Princess HD and its amiibo functionality. The rumor came from a product listing on Amazon France, and discussed the functions that the Wolf Link and Zelda amiibo would unlock in the game, it also referenced a new dungeon that would be available in the HD version called, “The Twilight Cave”. Now we have some new details that have seemed to have emerged, although at this time they have not been 100% confirmed. The new information comes from a supposed Famitsu leak from the latest issue that discusses the new dungeon as well as additional details of amiibo functionality.

Jump in past the break to learn more!

According to the latest information, Link and Toon Link amiibo will both replenish your arrows, while Zelda and Sheik will allow the replenishment of your hearts. But tapping the Ganondorf amiibo will do no such nice gesture, in fact by using his amiibo your character will take twice as much damage, in essence making the game a heck of a lot more difficult!

Also stemming from this reported Famitsu leak are details about the new dungeon mentioned in the product description on Amazon France. This time the dungeon is referred to as the “Trial of the Beast”, and we have now learned a little more information about it. Supposedly upon completion of the dungeon, you will unlock the “Bottomless Wallet”, allowing you to carry a total of 9,999 Rupees! This is quite a huge difference from the original game, and there is even a mention of somehow healing Link after completion of the dungeon based on the amount of hearts he is able to retain, once the dungeon has been cleared.

These new details still leave quite a bit of unanswered questions and as Nintendo has already stated through the Official Japanese Twitter account they will be giving the title a lot more attention leading up to its launch, we are sure to get more details soon so stay tuned!

What are your thoughts on the possible new amiibo functions? Have you already collected all the Zelda amiibo or will you be adding to your collection prior to launch? Share your thoughts in the comments below.