Posted on September 24 2013 by ralphpotato

Sometimes it’s the simple humor in comics that makes them great. We love Magical Game TIme’s messages and detailed art style. His animations are stellar and capturing. But for that quick chuckle nothing beats a quick comic.

Bill Watterson, author of Calvin and Hobbes once stated something along the lines that a joke can save bad artwork, and artwork can save a bad joke. And in this case, one of those is demonstrated. Hit the jump to read! 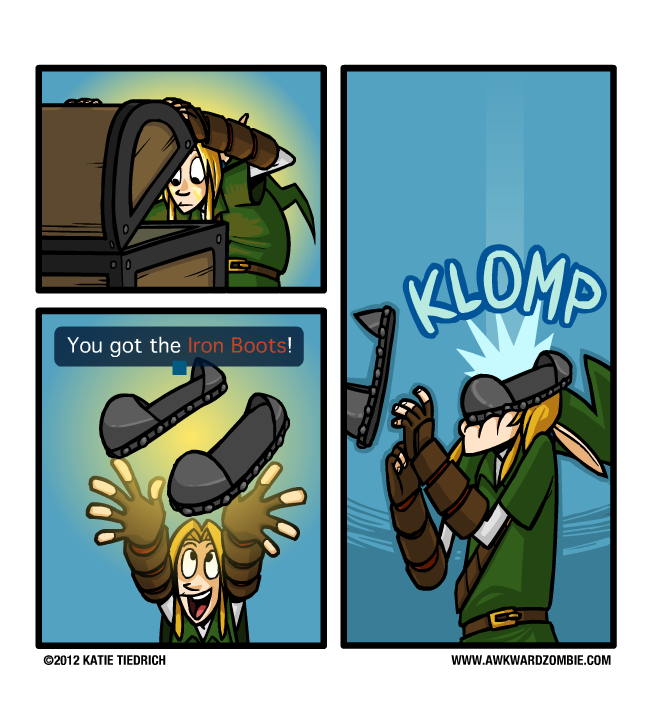 Something about seeing cartoons get hurt is always hilarious. All cartoons eventually reach this kind of humor, it seems, and some greater than others. Looney Tunes is a fantastic example of perfectly done cartoon violence, and this comic I think also is on par with the greats.

A comic that’s definitely under appreciated thus far on Monday Comic Corner- Awkward Zombie. Its author, Katie Tiedrich has written a ton of great comics, often involving Zelda and other Nintendo characters. We’ll be seeing Awkward Zombie on Mondays in the future!

There are, of course, a ton more of these style comics. Head on over to the site to check them out!