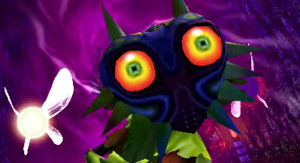 YouTuber Jimmy Wong, accompanied by skilled Ocarina player Heather Scott, has released a medley of some of the lesser-covered songs from Majora’s Mask. One can appreciate fans that look at the songs in Zelda titles that do not recieve as much love, and decide to show everyone how great they are in videos like this. The pair did a great job on the video, and it is well-worth a listen.

I always love to hear the Mayor’s Office music in cover videos. It, along with the other songs played in this video, is not played as much by fans, and that’s a real shame, because Majora’s Mask, much like the rest of the Zelda series, has a very large soundtrack, so many great tunes get overlooked. I would hope that a great video like this one inspires people to cover the sometimes forgotten tracks from Twilight Princess, The Minish Cap, or one of the other games with heavy soundtracks.