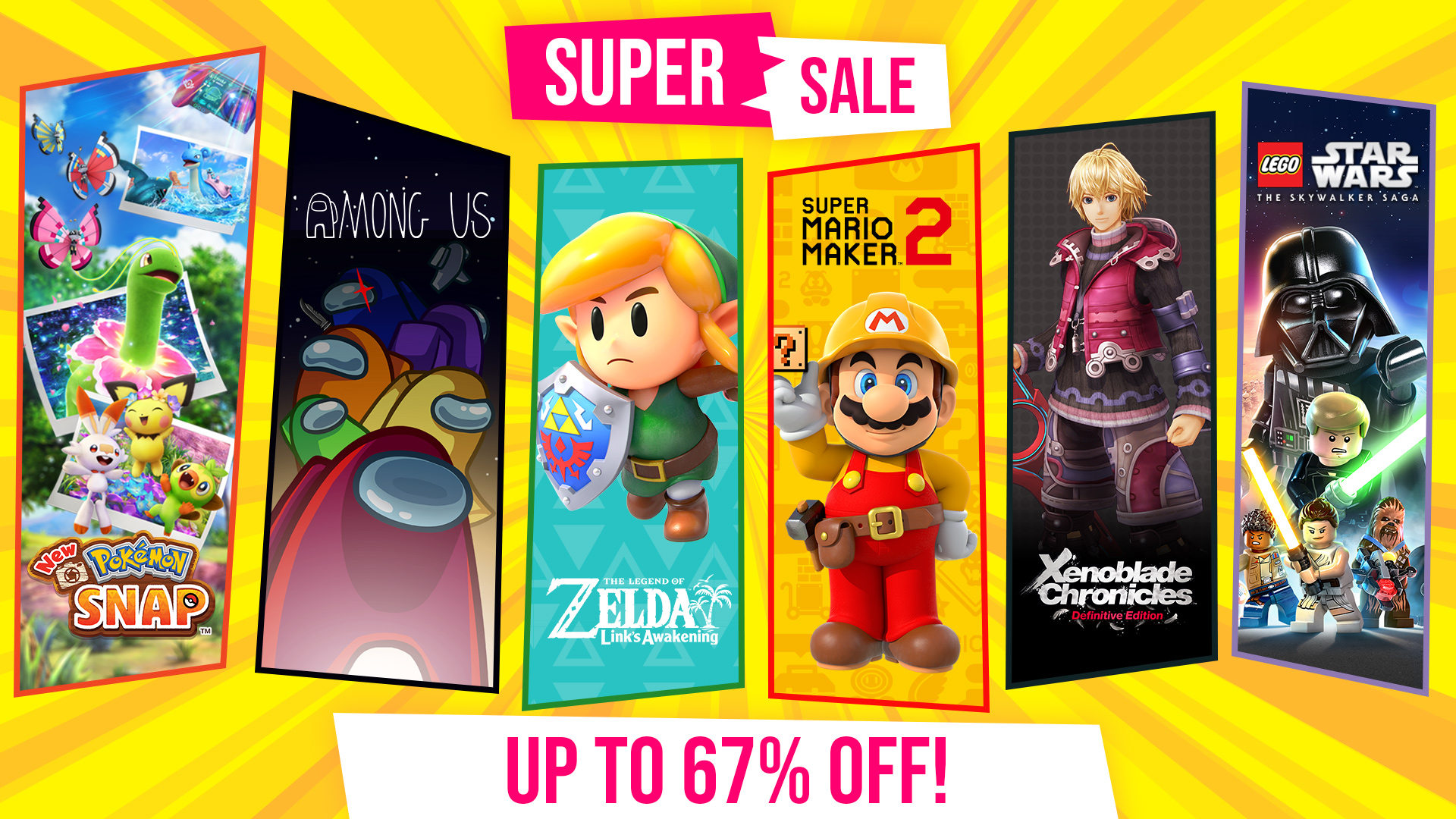 Nintendo UK is currently hosting a so-called Super Sale on the region’s eShop, with an assortment of Nintendo Switch titles seeing their price tags slashed just in time for summer.

The 2019 remake of Link’s Awakening, one of the Super Sale’s highlights, is currently available for £33.29, brought down from its normal price of £49.99. Other high-profile games featured include New Pokémon Snap, Monster Hunter Rise, Xenoblade Chronicles: Definitive Edition, and Luigi’s Mansion 3.

You can find the full list of games on sale right here.

Save up to 67% on a whole range of games in the Nintendo eShop Super Sale, now on. Enjoy discounts on games in the Pokémon, The Legend of Zelda and Xenoblade Chronicles series, and more!

The Super Sale is currently exclusive to the Nintendo UK eShop. There’s no indication on when the sale will conclude, so be sure to act fast if you want to take advantage of the deals.

Are you participating in the Super Sale? Have any games caught your eye? Let us know in the comments below!

Comments
Sorted Under: Games, Link's Awakening, News, Nintendo News, Zelda News
Tagged With: No tags were found for this entry.