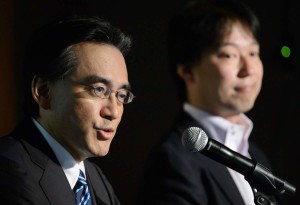 Nintendo CEO Satoru Iwata has stated that the rumors regarding Netflix’ adaptation of The Legend of Zelda is based on inaccurate information. In a recent interview that Time Magazine had with the Nintendo executive he mentioned a variety of things including the news on Nintendo developing on handheld devices, the free-to-play market, the Amiibos and other toys and a big reveal: the rumors that started a month and a half ago on the website of the Wall Street Journal that Netflix was making a series based on The Legend of Zelda were just that: rumors. See Iwata’s comment after the break!

In the interview Satoru Iwata, who going by his most recent picture seems to have found the same fountain of youth that ages Masahiro Sakurai in reverse, stated the following:

“As of now, I have nothing new to share with you in regard to the use of our IPs for any TV shows or films, but I can at least confirm that the article in question is not based on correct information,” says Iwata.

So this means that the rumored Legend of Zelda adaptation is nothing but a bunch of hot air. Though his phrasing, if this is a correct translation, might mean that something else is afoot: he says that he has nothing new to share. This can mean that either nothing is happening, or nothing is happening in the stage where they can reveal anything.

What is your reaction to this? Are you relieved? Disappointed? Surprised? Vindicated? Do you not care? Or maybe you find the other things in this interview more interesting or exciting? Please share your thoughts in the comments below!