Gossip Stone: What is Your Favorite Glitch in a Zelda Game?

It is kind of funny that after decades of video games evolving, using newer, fancier technology, and gaining more and more skiled developers, you still cannot find a single game that lacks at least a few major glitches. Zelda is no different, of course. Whether you are speedrunning, beta testing, or just looking for a fun in-game exploit to laugh at, there are some awesome and, sometimes, hilariously ridiculous glitches found all throughout the Zelda series, and some are more famous than others, so which is your favorite? Is there a glitch in a certain game that you like to revisit during playthroughs to have a good laugh, or to make your progress more efficient? 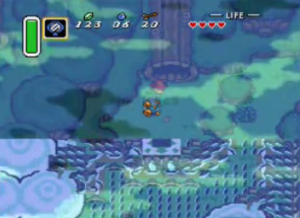 It is hard not to love some of the more useless glitches in the series, considering how funny the results can be, as well as how easy some can be to execute. A popular one is Majora’s Mask‘s rather self-explanatory Fierce Deity Anywhere Glitch, one of the easier ones to reach. Another from MM is the Forth Day glitch, giving you a never-ending fourth day, and activated by looking through the Astral Observatory’s telescope on the final day’s final moment. Risky but fun. Here’s a glitch for beginners: A Link to the Past‘s “Turn Red Shield Blue” glitch. Very self-explanatory, but happens to be kind of neat. One that’s a bit tricker, but way more fun, is Twilight Princess‘ Infinite Bomb Arrow glitch. There are some great visual bugs along the way, and though it is not the most useful thing ever, it is a fun exploit. 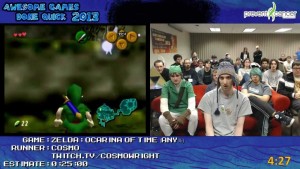 Some of the best glitches in the series are great for speedrunning, or simply making certain situations move by much faster in a casual playthrough. There are some really famous tricks, like Ocarina of Time and Majora’s Mask‘s “super slides”, letting you slide across areas faster than ever, and The Wind Waker‘s “super swim”, giving similar effects, but requiring arguably a lot more skill. There are also “wrong warps”, which are possible in multiple series titles, the most significant of which likely being Ocarina of Time‘s wrong warps, which revolutionized OoT speedrunning routes. Ocarina of Time has always been one of the most broken Zelda’s, so that’s saying something. One of my personal favorite Zelda games to see speedrun is Twilight Princess, which I got into after seeing two glitches that blew my mind before I really knew what speedrunning was. The first was a jump the developers thought impossible allowing the early Master Sword exploit, which I actually managed to pull off after loads of practice. The second was the “Back in Time” glitch, which, interestingly, is a glitch that reappeared in Skyward Sword years later. 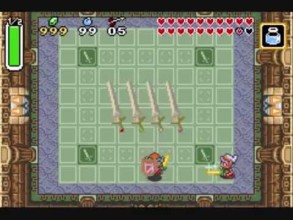 Honestly, I’d have to choose A Link to the Past‘s Mirror glitch as my all-time favorite in the series. The Magic Mirror is a rather broken item when using it to teleport at certain points, and if used right, it can let you clip through floors and walls, letting you sequence break to other dungeons on the same tile layout as the one you started the glitch from. This glitch is my favorite, because it is the first video game exploit I successfully performed to get somewhere I was not supposed to be, namely, the Four Sword Palace in A Link to the Past‘s GBA port, one of my favorite dungeons ever. I learned about it from a really old video when I was much younger, and that sort of led me to get into game exploits and speedrunning. Yet, even now, people are looking for and finding new ALttP glitches. It just goes to show you that people will never tire of finding holes in developers’ hard work, and using those mistakes to break their favorite childhood games.

What is your favorite Zelda glitch? Ocarina of Time‘s Door of Time skip? The Wind Waker‘s Infinite Soup glitch, or Zombie Hover? There’s a lot to choose from, but which remember the most fondly, and why? Drop a comment below!