Fan Fiction Friday: The Era Without A Hero – Part 5 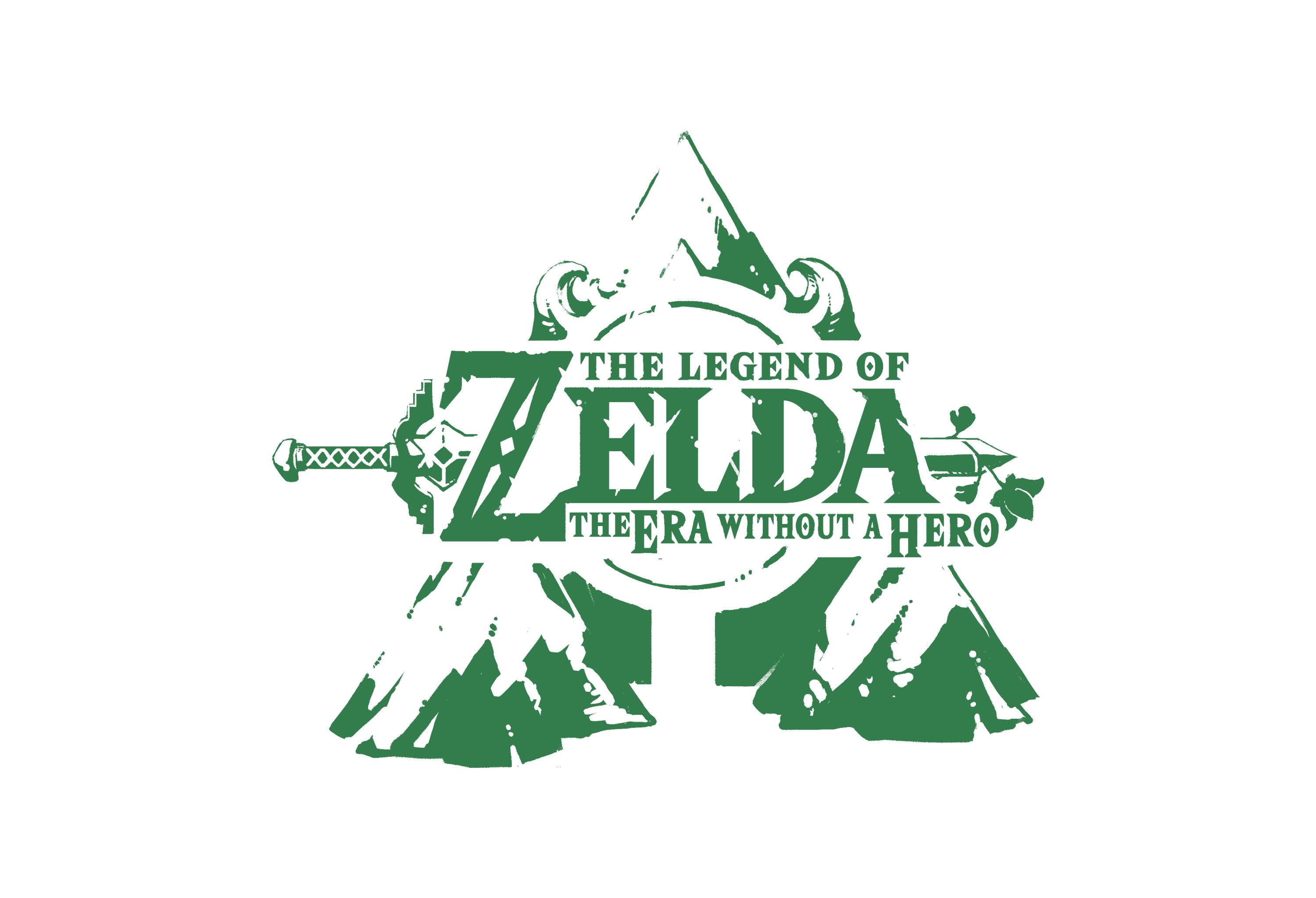 “Ladies and gentlemen,” the booming voice of the Sage of Fire, Huron, thundered out over the crowd. “Our next competitor is one of your own! From right here in Castletown, Osmond!”

The thunderous applause and cheers welcomed the suddenly uneasy Osmond into the arena. He politely nodded his head and raised his hand. For years he’d been one of those excited members, and he’d never stopped to consider what it was like on the other side. As he made his way to the center of the stadium, he blinked slowly and tried to focus the crowd out of his mind.

He readied himself and scanned the light brown dirt that surrounded him. There were several spots that looked like they’d been disturbed. Subtle, but clearly the result of a broom having just swept over it to conceal the trap door that the target would emerge from.

The steel of his blade rang out as he took his stance.

Before the word had even finished, the first target popped up in a burst of dust. Osmond lunged left and struck it down quickly. He pivoted, then and was already thrusting his sword in the direction of the second target that came up. He fell backwards next, using his shield to propel him upward and he brought his sword straight down on the third target.

He was suddenly aware again of the enormous celebration around him. He shook it off and focused on locating the fourth target.

He spotted the plume of dust a few feet away and he began sprinting towards it. With a powerful swing, he sliced through the target, then managed to turn his shield sideways and broke the next one.

He grabbed the structure the fifth target was tethered to with his hand and swung himself around. With a hefty leap to start him, he sprinted to the next trio of targets.

He heard number nine erupt behind him, so he turned and charged towards it. Unfortunately, he’d forgotten where one of the trapdoors was and he tripped over the small hatch in his path.

He scrambled to his feet and hit the ninth target, but in the fall, he’d not had a chance to listen for the final target. All the dust that had been kicked up, obscured his vision to make it difficult to identify which targets were which.

He spun around and desperately scanned the arena for it.

Then, he saw it. It was near the wall, on the other side of the arena from him. He broke into another full sprint. He heard nervous and excited cheers from all over. His heart was racing. Then he had a thought.

A few years before, the final target had involved some special obstacle that the contestant had to dodge to avoid being knocked down. It was just a log that sprang up at the last minute but being hit by it would cost precious time.

Osmond saw the disturbed dust on the ground and knew that he needed to be ready for a twist.

When he was about fifteen feet from the trap, and thirty from the target, Osmond drove his feet into the dirt and leapt upward. He soared through the air as the log in the trap launched upward. It caught on the bottom of his feet and knocked him further into the air, as if providing him a second chance to jump in the air.

It propelled him the final distance and with an enormous amount of power, his blade crashed through the target.

The crowd’s celebration reached a fever pitch. People were screaming at the tops of their lungs, jumping up and down, hugging and kissing total strangers.

Osmond wiped a bit of sweat from his brow and looked around slightly confused. Then he saw the leaderboard. A man pulled Sir Ralphine’s name from the top slot and stuck it in the second, then wrote Osmond’s name on a plaque and slid it on top.

“Our new leader, Osmond of Castletown!”

Suddenly, he felt arms wrap around him in celebration. Aldwin and Sir Ralphine had rushed out into the arena and were hoisting him upward. It was as if he’d won the entire tournament. When they finally left the arena, the cheers continued to resonate in Osmond’s head.

“I only made it past qualifiers. The actual tournament is still to come though,” he felt happy that he’d advanced, but still wasn’t sure what the overwhelming excitement was all about.

“You’re a rookie,” Ralphine began, sensing Osmond’s unease. “You’re a local boy too. These fans love me, but I’m not one of them. You are. You’re a carpenter’s apprentice and you just posted the fastest qualifier time they’ve ever seen.”

“And if the times hold, you’ll face that bloke in the dark cloak in the first round. He’s an unknown but my scout friends say he’s slow, so you should have no issues.”

The sudden tag team praise of Ralphine and Aldwin made Osmond feel as if he had two coaches. Then it began to sink in. The reason for the massive celebration made sense. Osmond had watched year after year of foreign competitors advance. Only once in the past decade had there been somebody from Castletown that advanced beyond qualifiers, and they lost in the first round to none other than Sir Ralphine.

“Well, there’ll be a break now while everybody gets lunch. Best get yourself something to eat as well. My match will come first after that, and then yours. Take this,” he handed Osmond a reflective ticket like item. “It’ll allow you access to the delegate booth, just say you’re my guest. Head up there and you can enjoy the company of foreign royalty and the sages.”

Osmond looked at Aldwin for a sort of validation.

“Go on, there’s a lot you could learn from the people up there.”

Osmond nodded, then feverishly began thanking Sir Ralphine who simply nodded and offered more encouragement. Osmond darted away to get a small meal, then made his way up to the delegate’s booth.

“How can you eat that?” Rutela sneered along the table at her fellow sages.

“Easy,” Fado bit into the giant chicken leg and tore a bit off, chomping loudly.

Rutela rolled her eyes and skewered a few green pieces of lettuce on her fork before elegantly raising it to her mouth.

“Don’t let her get to ya,” Huron tossed a small stone up into the air and let it fall into his gullet. “You eat what ya want.”

The Zora sage was about to open her mouth but was cut off by the younger Zora of the Sage Council, Laruto.

“That was an exciting round wasn’t it!”

“Aye! When Ralphine gets back up here though, I’m gonna give him all sorts of hell for coming in second!” Huron chuckled, pantomiming the way Ralphine had gone around the log trap as opposed to going over it like Osmond had.

“That kid was fast though!” Fado remarked.

Being a Kokiri meant he stood three feet tall if he were standing on a very thick book. In contrast, Huron towered over the Wind Sage at nearly eight feet tall. The pair had an extremely close friendship though and were nearly inseparable when they were in Castletown. Fado would ride on Huron’s shoulders to get a better view, though some joked that it was so that he wouldn’t get stepped on.

“Why haven’t there been more successful competitors from around here?” Laruto asked.

“There’s two reasons I suspect,” Fado scurried up Huron’s arm and laid down on his shoulder. “First, the competition is so thick inside the city, that they never see other styles of fighting and so they don’t know how to counter foreign styles. The other is that because we’ve lived in such peace, the desire and need for swordsmen of a high caliber is gone.”

Laruto shrugged and took a bite of bread. She thought on Fado’s suggestion for a moment as she chewed, then tilted her head, “what do you suppose this boy’s secret is then?”

“Well why not ask him?” Huron chuckled and pointed over to where a rather uneasy looking young man had just entered.

“Blimey!” Fado bolted upright, leapt from Huron’s shoulder, and onto the table. A few nimbly placed feet and he was making his way over to the swordsman from Castletown.

Then something firm grabbed the back of Fado’s collar and yanked him back. When the sage looked up, he felt his stomach sink.

“Please practice some form of manners, Lord Fado,” the rolling and wise voice of the Sage of Light said to him from stern glassy eyes.

Kalia Gaebora, an owl gifted by his ancestors with the Mark of Light, was considered the wisest of all the sages. He hailed from a legendary city in the sky that was said to have at one time housed the legendary Triforce itself. His flowing yellow cape bore the official seal of Hyrule bordered by the markings that were synonymous with light.

Kalia eased the tension of his wing and nodded gently. He understood Fado’s enthusiasm and encouraged it most of the time. But even though he’d been a sage for almost three years, he still would act like he was running about the Kokiri Forest.

“It is a great honor for the boy to be here, let him acclimate before you pelt him with a million questions that I’m sure he won’t know the answer to.”

Fado’s shoulders sank, but then he swallowed a breath and puffed up his chest. He nodded firmly and straightened his posture.