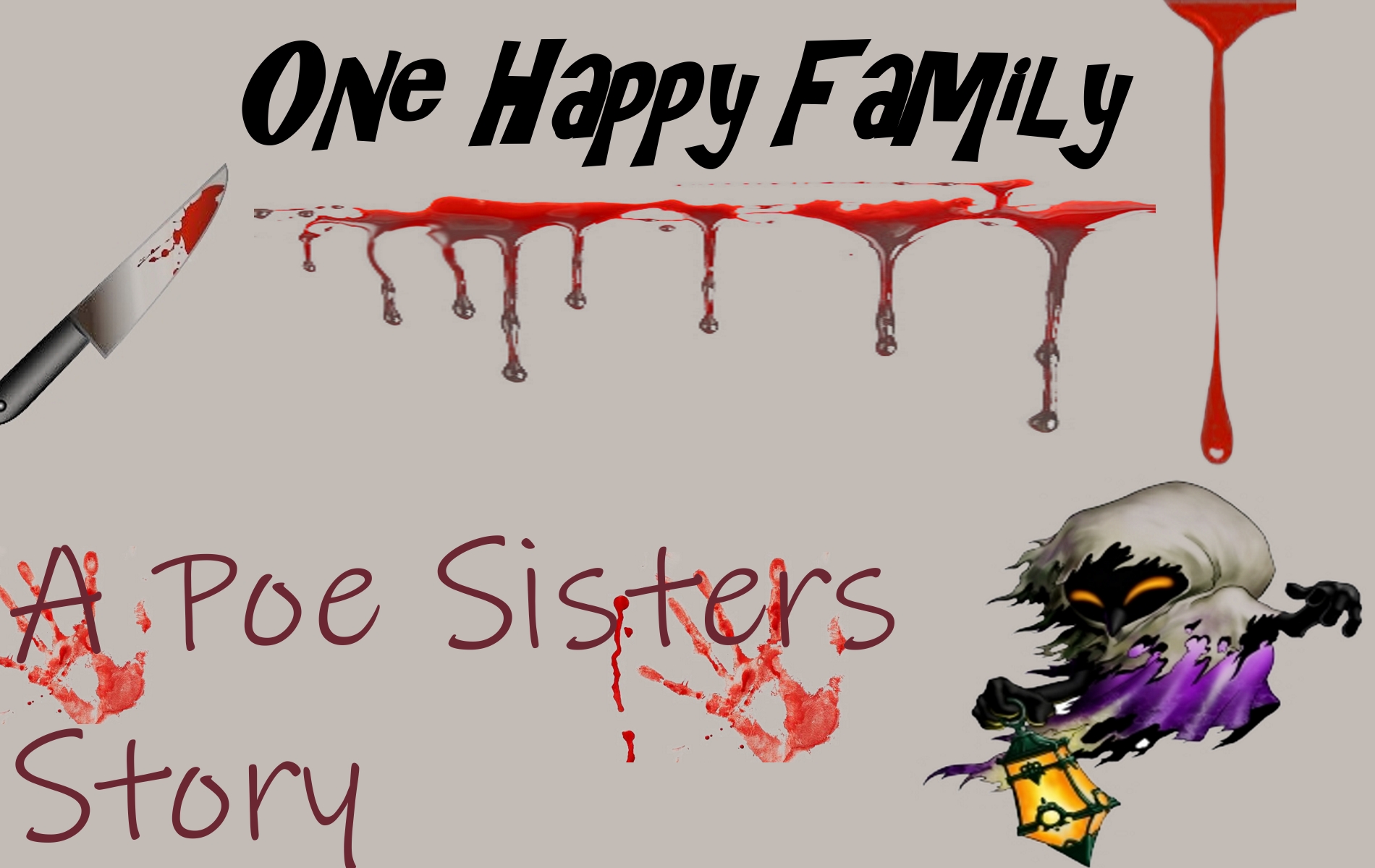 Warning this story contains mature content. Continue at your own peril…

Beth left at the massive gray temple at midnight, her blue shoes the only color in the cold black night. Beth wore a thick brown cloak, with her hood draped over her thin face. In one hand, Beth clutched an old iron lantern, her knuckles were growing white from gripping the handle so tightly. The lantern was a form of shelter, something she knew wouldn’t break under the pain and confusions she transfused to it through her touch. It would withstand the pressure of all Beth’s pain and fear. It wouldn’t break like Meg, who stared blankly into space, until the moment it all overcame her and she wailed. Beth prayed that Joelle was like the lantern, that her twin could withstand the pressure that would consume her twin until she returned home with Papa.

The lantern created a tiny circle of light in the pitch black night that followed Beth like poisonous miasma. Beth glided swept down the large stone steps, her grubbing brown robe trailing in the wind as she moved. She couldn’t help but note the rustling as she moved towards the Lost Woods. Everywhere around her, she could hear the sway of the leaves in the trees, the creaking of branches somewhere in the distance. The forest was alive; she could feel it watching her, with a million unseen eyes.

The forest could see Beth, but Beth wasn’t nearly as lucky. Beth could see the road about foot in front of her, illuminated by the dull halo of the lantern, but the rest was darkness. An unknowable, unfathomable darkness.

“Goddesses, let me find him soon.” Beth prayed to herself. Papa was somewhere on the road, moving closer and closer towards the temple. He had been meeting Sage Rauru at the Temple of Time. He told them all that he planned on beginning the journey home yesterday, which meant he was should be less than a day away from them. All Beth had to do was find him. Papa would know how to guide the family, how to save poor Meg. Beth felt stooped by the pressure on her shoulders; she had to find him, no matter the cost. What terrible things would happen if she didn’t? The teenage girl shivered and pulled her cloak tighter with her free land, careful to never let go of the lantern. It was her life line, her only comfort in the night.

As Beth moved into the dense void of the forest, she cautiously observed the mists closing in around her, like a blanket. It was suffocating. With every step further into the Lost Woods, the mist increased, growing like some amorphous gray monster. There were rumors that those who got lost the woods disappeared without a trace. Or worse, they became ravenous monsters.

Monsters. The thought overwhelmed her. Beth stopped. She glanced around. Darkness greeted her. Thick, monstrous fog clouded the world. Why was she doing this? Beth knew she shouldn’t be here. In this terrible darkness, stumbling through the weeds and fighting against the low hanging tree branches. Why was she fighting the wood for her own survival when she could be with her sisters? All she had to do was turn back.

But then she thought of Amy. Oh Amy. Blood pooling on the cold stone floor, limbs lying lifeless on floor, a finger pointing accusingly at Beth. Amy gone, only pieces to bury. She had to find Papa. Papa would help them, save them from this nightmare. Beth only had to be strong. The monsters in the woods could not be worse than the monsters she had seen in her own home. Beth pressed on, stumbling over thick roots, barely visible in the low light of the lantern. She swept through the woods, urgency returning to her. She had to save them.

Beth took a ratty scrap of paper from her deep pocket. The fragile clothe had instructions on how to navigate the wood. She look up. Beth could see the makeshift gateways, which were formed by massive intertwining tree limbs, creating tunnels on the forest floor. She set off again, map and lantern in hand.

Right. Left. Right. Left. Straight. Left here. Right here. Beth smiled to herself for the first time since entering the wood. This wasn’t anything be afraid of. She moved through the misty forest with renewed grace and confidence; ignoring the long thin branches, so like fingers, that stretched out across the paths, always inches from catching on her clothes.

Then the cackle started. Beth heard it as she crossed under a tangle of monstrous dead trees. It was quiet, muffled, as if it came from within the rotting trees. It was a child’s giggle. High, joyful, hysterical. It chilled Beth. Beth stood rooted in pace. She Twisted her lantern around her with a flourish. She could feel her heart pounding in her ears.

Nothing. Nothing in the light, nothing in shadows. Beth shook off the trepidation. She needed to move on. She needed to find Papa. The monsters in the woods could not be worse than what she had seen. Her life had turned into a nightmare. Her family needed to wake up from it; only Papa could help them do that.

Beth stepped forward and her blue clad feet connected with a thick, twisted root on the ground. Yelping into the night, Beth feel forward, her free arms waving in the air. In slow motion, she reached desperately, tragically, for something to grab hold of. Futilely, she tumbled to the ground, her lantern stretched out above her head, wildly shaking the halo of light around her. Beth cursed as she felt the lantern smash into the ground. The glass shattered, with a dull crunch, flying everywhere. There was a flicker, one last moment of illumination before darkness engulfed Beth.

Drowning in the darkness. Beth struggled to her knees, tears in her eyes. She couldn’t even see the frantic hand that she waved in front of her own face. She knew it was there, but it was invisible to her; everything was invisible to her. Desperately, fearfully, Beth reached her hands out to the map on the ground. She groped like a blind beggar, searching for fallen coins. She couldn’t find the map. She could only feel the sticky, cold moss that thrived in the dark woods. She cried out aloud, smashing her hands against the soft dirt, a dull thump was nothing in the whispers and noises of the wood; the woods swallowed up her pain, her fear, her anguish effortlessly.

She could hear the giggle again. Except it no longer sounded like a giggle. Suddenly, it sounded malevolent. Monstrous. It was growing louder and louder in the deep darkness that surrounded her. Beth sprang up off the cold mossy ground; she had to get up. She heard a noise, a soft skittering of padded feet. She heard a branch crack behind her, loud as a thunder clap. Desperately, Beth gathered up her strength, every survival instinct taking hold. With one shoe on, she stumbled forward into the black forest, away from the noises, away from the monstrous glee of the whatever creature was trailing her. She raced through the darkness, smashing through thorns and thin groping branches. With each step, it felt like the forest was fighting her, scratching and clawing at her in an attempt to add another lost soul to its collection.

Beth awoke in utter anguish, nightmares exploding through her mind. Painfully, Beth raised her aching head with a loud groan. She was splattered on the ground, spread eagle in a small clearing, covered with small ferns and thick green moss.

Beth’s whole body ached. Her throat and mouth had the awful, copper taste of blood in her mouth. She was parched as she had journeyed through a hot desert. Slowly, she raised her head, hissing. She held her hand to her head, fighting the searing pain. It came back caked with blood and sweat. There was a large lump just above her dark hair. Her whole body stung her aching mind like an endless swarm of bees.

Beth finally brought her awareness to the world around her. She knew this clearing, she had been here before. How could she not have realized it before? She could see a sliver of a pink and orange sky ahead of her. The sun was setting over a enormous stone—

“Temple.” Beth said out loud. “No.” She moaned. “No.” She had went into the woods, she had taken so many turns. She had dropped her lantern. How did she end up back here? How! On her bruised knees, she convulsed, shaking her body in confusion and horror. She tore viciously at the ground around her, ripping moss to pieces with her battered, bloody fingers. How did she get here?

“Please wake me up. Jo!” She screamed into the coming darkness. “Meg. Amy!” She wailed to the world around her, as loud as she could; louder than she ever imagined yelling.  “PAPA PLEASE WAKE ME UP”. She let the tears fall from her eyes, like dirty rain from heaven. “WAKE ME UP. WAKE ME UP! WAKE ME UP!” She screamed until her body finally denied her request; her throat could take no more.

Beth laid on the hard ground, the dirt torn to pieces around her. She laid there begging to woken up her terrible fever dream. Begging for her Papa to find her. Begging for someone to explain why Amy was dead; rotting like a piece of meat. Why the Goddesses had abandoned her to this nightmare? She had always done their work, like mama had asked. She had never consorted with any evil, she had even shown compassion when mama—

She shook off the thought. The sun was gone now. The night began its reign again. But her journey now was simple. Only then did she realized she had both her shoes. She thought she had lost one of her beautiful blue shoes in the forest when tripped on the root. Yet here it was, perfect as they always had been. At least there was one piece of good news.

“Jo.” She whispered quietly. She had failed to find Papa, but she could still help Jo. No doubt Jo and Meg were worried for her, for Papa.  At least she could give Jo some relief from Meg. She always knew that Meg reminded Jo of Mama. Beth knew how much that bothered Joelle. She could give Joelle a break from her troubled sister; maybe she could make the poor girl smile once more. Beth had always had a better relationship with Meg than her twin. Strange, curious, worried Meg. So little. So fragile like glass. Glass could never be put back together once it was broken.

Beth lifted herself off the hard ground and limped towards the entrance. Every part of her body hurt, it felt as if needles had been driven deep into her arms and legs. Her left leg couldn’t carry much weight, so she limped through the clearing, favoring her right leg.

Pain was a minute to minute reminder of her failure to find Papa, her failure to help a dying Amy. Every step, every thought, was painful. But she ignored the pain. All that matter was Meg and Jo.

Sean Gadus is an Associate Editor at Zelda Dungeon. He loves playing video games, reading books, watching movies and geeking out about all things Star Wars, Batman, and Harry Potter. His first Zelda game was Ocarina of Time. He is an amateur writer and a professional Zelda fan.

Comments
Sorted Under: Editorials, Fan Fiction Friday, Slider
Tagged With: No tags were found for this entry.