Epic Map Fanart for Legend of Zelda and Adventure of Link

Being a major video game series, Zelda has a lot of fan artwork and fiction created by its large fanbase, but every once in a while you see something really fantastic like this, which you can view here (thanks go to the guys at Zelda Chronicles for finding this first). This is an amazing piece of artwork illustrating an authentic map for the overworlds of both the original Legend of Zelda and its sequel Adventure of Link. It’s incredibly detailed, even listing out the locations of items, dungeons and secrets, so it also functions as a quick guide. It even lists items and enemies from the original game along the edges.

The artist is actually selling prints of this picture, which make great posters. You can check it out here. 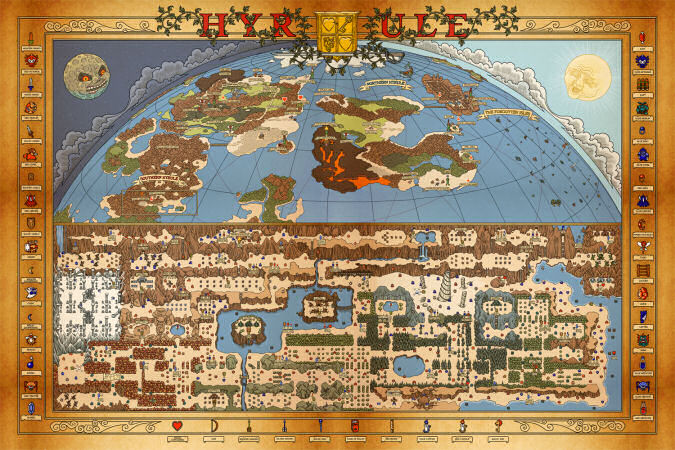 You can also view some nice high resolution photos of various sections of the map:

Dungeon 4 to scale
Northern Royal Palace
The moon
Some items and enemies to scale
Some forest and Moblins
Zoomed out view.