Diversity in Zelda: Impa as a Strong and Sympathetic Black Character 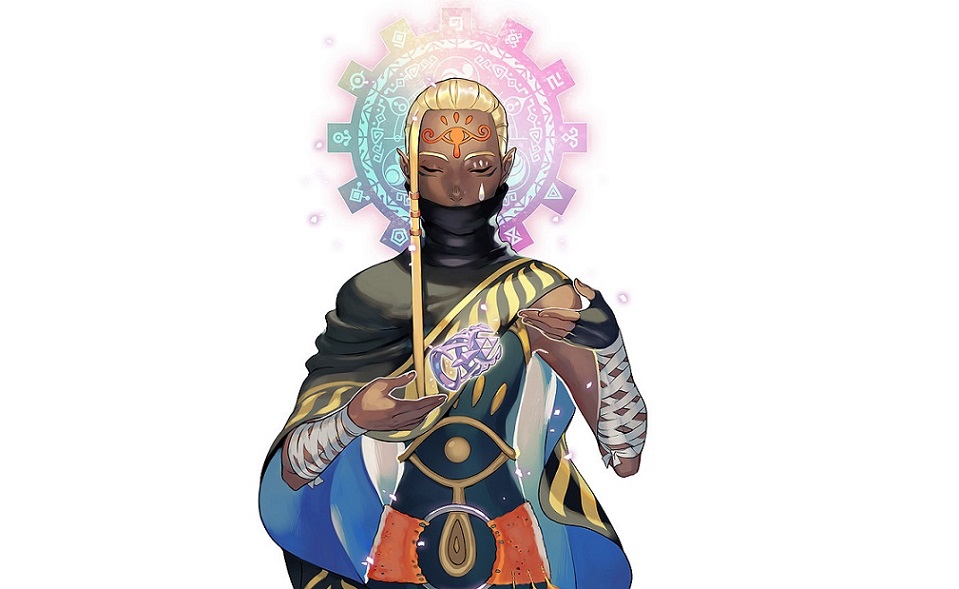 With a series as long-lasting as Zelda, fans have benefited from watching it evolve and change over time. The stories and characters have expanded and changed in meaningful ways: Princess Zelda’s wisdom, compassion, and dedication to the people of Hyrule in Twilight Princess illustrate that she isn’t just a damsel in distress; Ganondorf’s desire for power is fueled through the sympathetic goal to save his people in The Wind Waker, and Link’s courage and resolve are tested time and time again as he returns to a broken world 100 years later in Breath of the Wild. One quality of the series that I’ve always enjoyed is the recurring characters and seeing how they change and are portrayed. Impa is one such character, and although she was present in several of the games, it wasn’t until Skyward Sword that I gained a true appreciation for this iconic character.

The Evolution of Impa

From a wise older woman to a possessed nursemaid, formidable bodyguard, Sage, and charmingly clumsy but earnest ninja, I can’t think of another character who has gone through as many different character designs as Impa has over the years. But her role is always the same: in some form another, whether she’s her nursemaid or bodyguard, Impa aids or protects Princess Zelda. Despite the importance of her role, though, Impa’s presence in these early games is mostly relegated to plot exposition. She’s not really an established character, and we don’t get a sense of her personality or values outside of serving the princess.

It was a little better in Ocarina of Time when she helps Zelda escape Ganondorf’s pursuit and is later awakened as the Sage of Shadow, but compared to Saria’s awakening, I wasn’t invested in Impa’s character very much. In these early games, I found myself ignoring her presence. She was either an older woman who had a limited role in the story or a ninja warrior defined by her loyalty to the princess. It wasn’t until Skyward Sword that Impa is presented as more than just one or the other: she’s both. It might sound contradictory, but this works because she isn’t defined just by her previous roles in the Zelda series. Portrayed as a strong and sympathetic Black character, Impa’s presence in Skyward Sword supports both Link and Zelda’s journey, punctuated by a lovely character arc that spans across time.

In Skyward Sword, Impa is a member of the Sheikah clan tasked by the Goddess to protect her mortal incarnation, Zelda. On paper, Impa’s role sounds remarkably similar to her previous iterations. But what stands out to me is the execution of it. Her commitment to the Goddess and Zelda is quickly established through her strong, no-nonsense attitude, particularly at the Earth Spring, where she discourages Zelda from getting distracted from her mission and asks Link if her words “sting.” This scene presents two important qualities about Impa:

In this first meeting with Impa, she’s pretty harsh, but for the right reasons. She understands Link’s desire to protect Zelda but tells him that he needs to be stronger in order to support her, and in Zelda’s case, her mission is more important than anything else. Being strict with both of them serves as a powerful motivator: it sets Link on the right path to acquire the tools he needs to protect Zelda effectively, and Zelda accepts her role as the reincarnated Goddess. Impa is Zelda’s traveling companion throughout most of the game, enabling them to develop a strong friendship and reinforcing Impa’s commitment to Zelda as her — only — protector. That is, until the showdown at the Gate of Time.

At the Gate of Time, Ghirahim ambushes Impa and Zelda, and this scene is arguably my favorite moment in Skyward Sword. In response, Impa conjures a magical shield to protect Zelda, an ability befitting of her status and loyalty to the Goddess. But it’s not enough: Ghirahim is able to overpower her, and the shield is shattered. Before he can attempt to capture Zelda, Link steps in and buys Impa and Zelda enough time to escape. I always choose the “Am I late?” dialogue option because it’s amusing, but it also illustrates how flawed Impa’s plan was to this point. She took it upon herself to protect Zelda without anyone else’s help, but she couldn’t do it on her own. It’s in this moment that Link gains Impa’s respect not just as the hero of the Goddess, but also as an ally she can rely on. Impa takes this in stride, advising and assisting Link in his quest.

After Link defeats Demise in the past, Zelda begs Impa to return with them to the present. Impa refuses, accepting her place in the past and the loneliness of her duty to the Goddess because, ultimately, it’s the right thing to do. She’s still duty-bound, but values her allies’ support and gratefully accepts Zelda’s bracelet as a memento. We get hints of her softened personality at this moment as she promises that she and Zelda will meet again, and it’s a touching scene. It humanized Impa in a meaningful way, and they’re on equal footing. It’s part of why I appreciate their friendship so much. 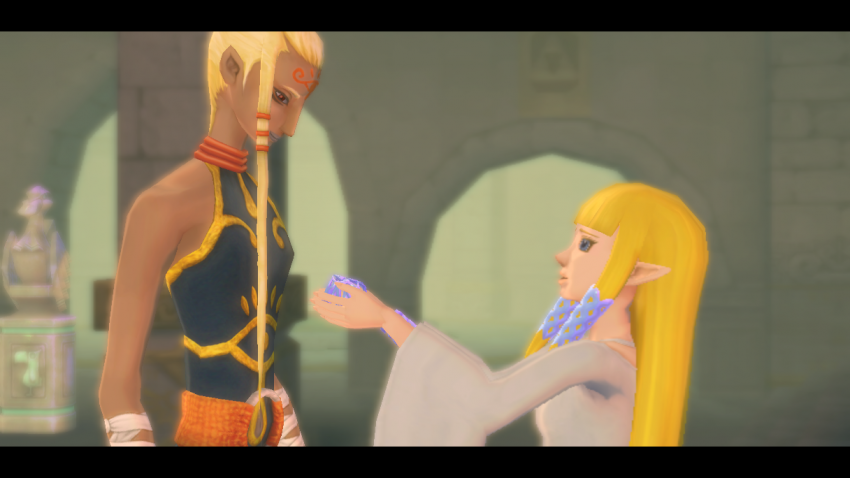 And the best part is, when Impa is revealed to be the older woman at the end of the game, we see how her bond with Zelda impacted her life. Knowing she fulfilled her mission, Impa waits for the day she can reunite with Zelda, not as her servant, but as her friend. It makes her reunion with Zelda and subsequent passing that much more heartwarming and bittersweet. It also contextualizes her earlier scenes with Groose and Link — her kind and supportive attitude towards them isn’t just a wise older woman sharing her wisdom and being friendly. Impa knows what to say and do to keep them on the right path and ultimately ensure that they defeat Demise. Skyward Sword takes advantage of its time travel mechanics (paradoxes and all) to present Impa as more than just an old woman or a strong warrior, giving her a fully realized arc. The whole is greater than the sum of its parts; Impa embodies both roles as a wise, elderly woman and a powerful warrior. Of all the iterations of the character, Skyward Sword’s Impa is still my favorite.

Not only is Impa’s character development simple and effective, but to me, she is a representative of positive diversity in the Zelda series at a time when few others could be described as such. Inclusivity is a powerful tool, and when media represents people of color, queer color, and mental disabilities, it brings awareness to the forefront of the conversation. Video games have the unique opportunity to be both escapist fun and highlight the importance of diversity. Impa is a great character not because she’s Black, but her being a Black character conveys the ever-important message that Black people are not just villains or sidelined servants but complex, admirable, and important people. 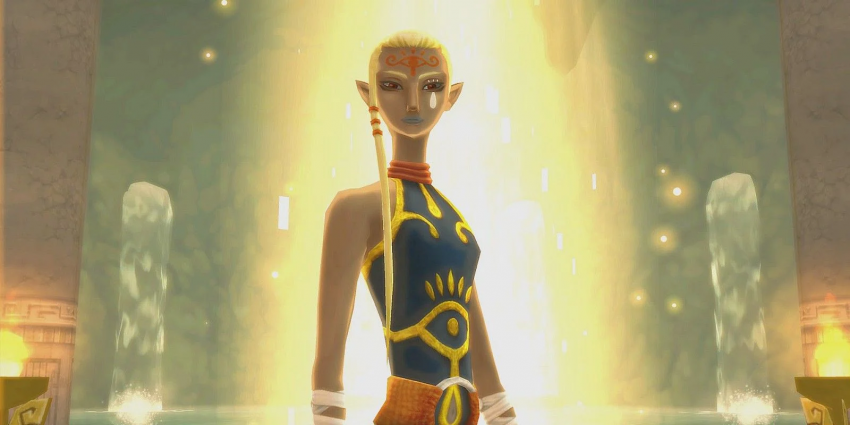 Michaela El-Ters is an Associate Editor with Zelda Dungeon. When she isn’t spending her time playing Animal Crossing New Horizons with friends or revisiting Ocarina of Time on her 3DS, she enjoys finding good character-driven stories and could write analyses about them all day long. For more of her blogs about a variety of topics from video games to anime, and more, check out her blog.

“Diversity in Zelda” is an ongoing series in which we highlight the series’ approach to inclusivity, spotlight relevant characters, and speak with Zelda fans from marginalized communities. It is our desire for the installments of this series to be received with open minds, and civil discussions between readers are encouraged.

Comments
Sorted Under: Diversity in Zelda, Editorials, Original Content, Skyward Sword
Tagged With: No tags were found for this entry.