Daily Debate: Who is the Most Interesting NPC in the Zelda Series? 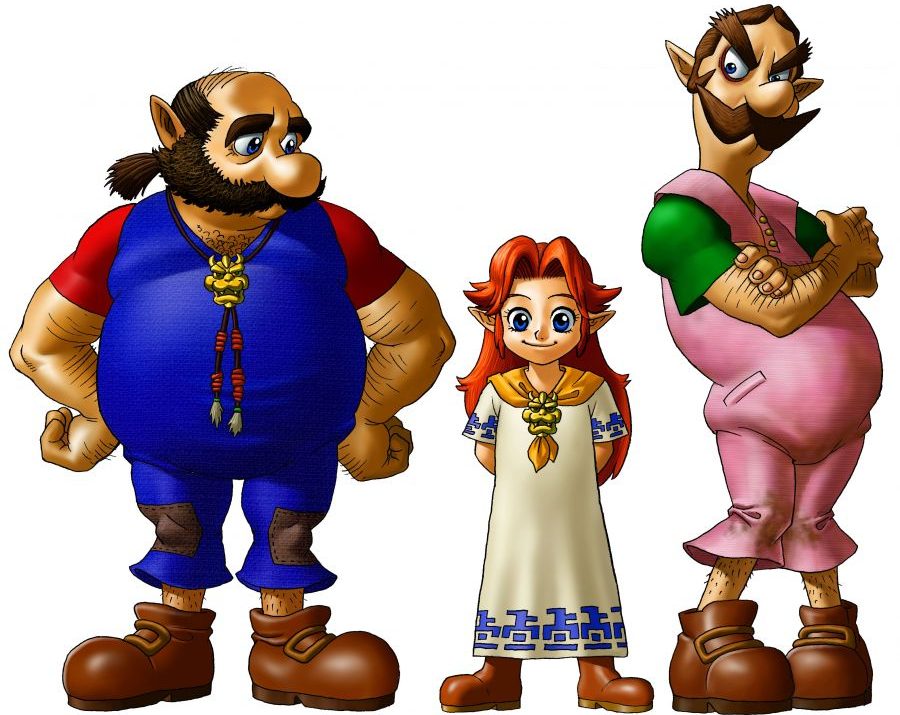 The Legend of Zelda series is brimming with NPCs.  From the Old Man who supplied Link with his first sword in the original game, to Ganon himself, we’ve got plenty of classic, world-filling characters.  Nintendo took their time on certain individuals though, and those NPCs are especially fascinating.

Some of the most interesting NPCs can be found in Majora’s Mask.  That game feels so alive because of its NPCs and their movements!  I find Anju riveting, with her daily tasks, facial expressions, and heartache.  Gorman, having placed his hopes and dreams into showbusiness, goes through a range of emotions upon learning that the Carnival is cancelled.  He goes from anger, to dismay, to devastation.  Seeing him transition through each feeling is strangely intriguing.  And then there is Skull Kid, a mischievous being who takes delight in playing tricks on others.  Learning of his background through Tatl’s memories, and finding out about his hurt evoked feelings of pity, understanding, and some sort of forgiveness in me.

Breath of the Wild gifted us with the four Champions: Mipha of the Zora, Daruk of the Gorons, Urbosa of the Gerudo, and Revali of the Rito.  And boy, are these some interesting characters!  Each Champion has tons of personality.  Mipha, who is typically introverted and modest, is also very kind, and completely in love with Link.  I think this in itself is interesting, even though I don’t ship them as a couple.  Daruk is a courageous fellow but suffers a fear of dogs, which was surprisingly funny.  This added something soft to his otherwise tough personality, and oddly made me warm to him.  I wonder what brought this fear upon him?  Urbosa is a capable warrior and the Champion with the closest connection to the Hylian Royal Family.  I specifically enjoyed reading her diary and getting a better insight into events of the past.  I’d love to know more of her relationship with Zelda’s mother!  And finally, the arrogant and boastful Revali.  Out of all the Champions, he’s the one I could listen to most.  He is completely smug and out of order almost all the time, but it’s perfect drama!

I could go on forever about the many interesting NPCs throughout the Zelda games.  I haven’t even got started on Princess Zelda and Ganondorf!  But I’ve already mentioned who I think the most interesting NPC in the series, and that’s Anju.  Her completion of menial tasks while experiencing heartache resonates with me.  And her dedication to love even though the world might end inspires some other strange feeling too.

In your opinion, which NPC from the Zelda series is the most interesting?  Let us know in the comments below!

Comments
Sorted Under: Breath of the Wild, Daily Debate, Games, Majora's Mask, Original Content
Tagged With: No tags were found for this entry.