Daily Debate: Is the Second Quest Worth Playing in The Legend of Zelda (NES)? 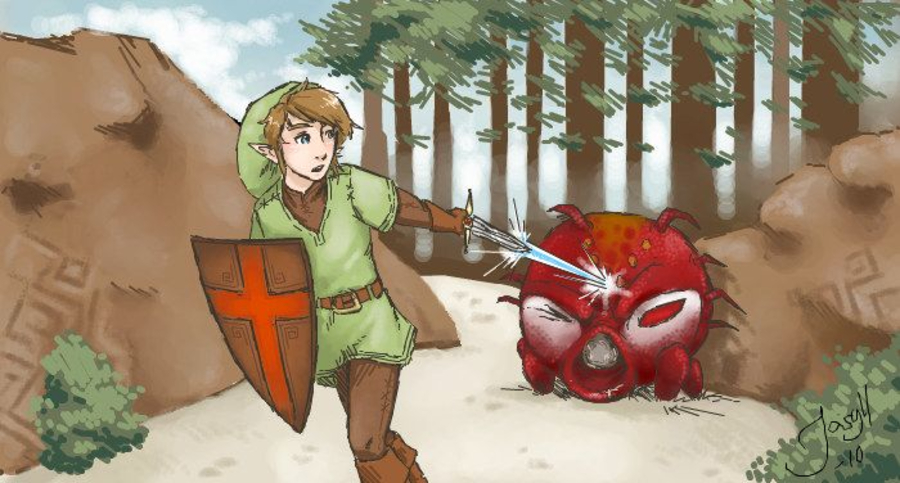 The moment is iconic. A funny little green-clad man wanders into a cave, an elder gives him a sword, and a world of mystery opens before him. The Nintendo Entertainment System (NES) classic, The Legend of Zelda, has defined a genre and shaped generations; and this past month the 35th anniversary of the original adventure arrived. Nintendo has already revealed a few surprises (looking at you The Legend of Zelda: Skyward Sword HD), but as of writing this, we still don’t have any official celebration plans from the gaming giant to honor its historic franchise.

In the absence of any official festivities, and perhaps with a certain childhood version of myself in mind, I returned to the game that started it all; my television looks a lot different than it did in the 1980s, there’s no golden cartridge, and my NES controller no longer needs a wire (thank you Nintendo for bringing back those painful, but collectible controllers for the Switch–what is love if not worth suffering for?). Regardless of the technology, when that music starts, I’m transported back to another era. This time around, rather than playing the adventure I know by heart, I typed in “Zelda” as my name and unlocked the fabled “Second Quest”.

For the uninitiated, let me say this: the game is hard–like untying the Gordian Knot while blindfolded hard. For modern players, the game presents in a manner unrecognizable with today’s design principles. There’s no hand-holding, no gradual increase in difficulty, no clear direction of interest on the map (it’s a stretch using that word–it’s more like a blurry shape with a red dot marking your location). For most Zelda fans, playing the original game is a rite of passage, a journey to Mecca; it is something that players do once or twice to pay their respects and move on. Some share their success on social media, celebrating a victorious run, or noting they didn’t use the rewind feature offered by Switch Online. But that’s it; most simply move on.

What about that Second Quest? The dungeons are hidden in different locations than the First Quest, their enemies and puzzles mercilessly challenging, and no rewards carry over from the first quest. For those only looking to pay homage to the game that started it all, the Second Quest might be a tough sell. Why spend all that time wandering around (especially if players don’t use a guide) when better games in the franchise are available? Certainly, there’s no lack of options with 20+ titles to choose from. I suspect there are others, however, that see this bit of Zelda history as a final frontier or a discovery of the “deep magic” that came before; and for those folks, the Second Quest is a journey that must be taken, a challenge that must be met, to truly know and understand a series so many of us have come to love.

Tell us what you think! Do you believe the Second Quest in The Legend of Zelda (NES) is worth playing? Share your reactions in the comments below.

Comments
Sorted Under: Daily Debate, Skyward Sword, The Legend of Zelda
Tagged With: No tags were found for this entry.